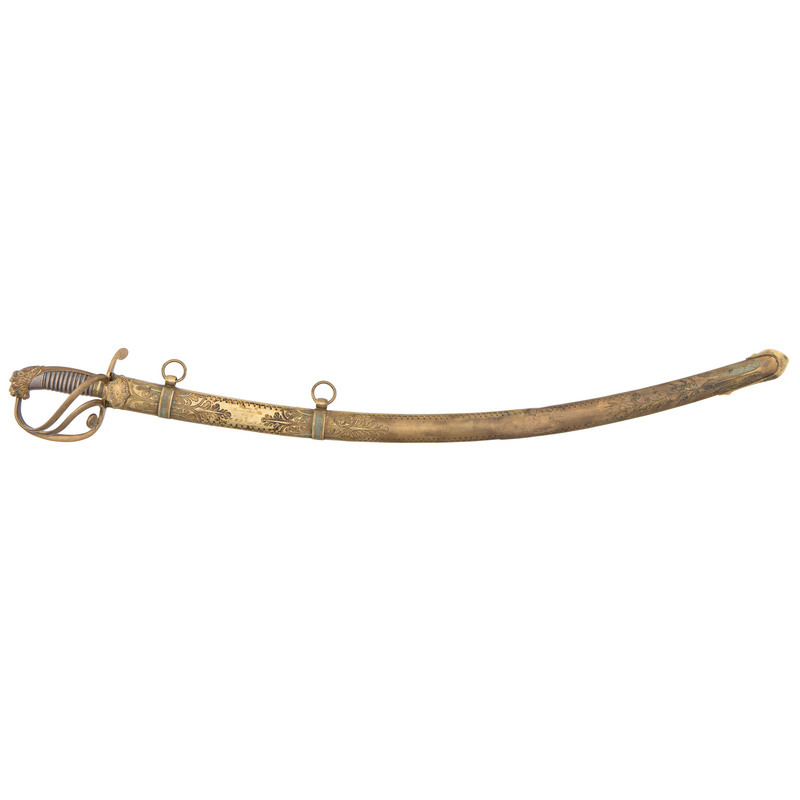 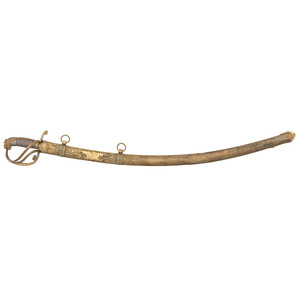 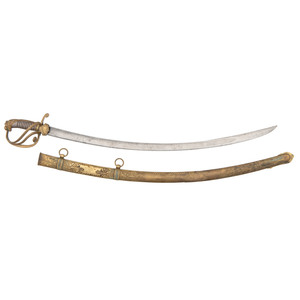 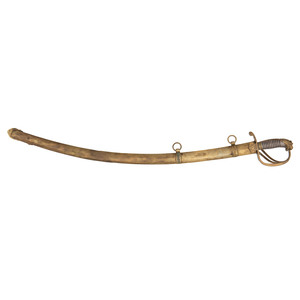 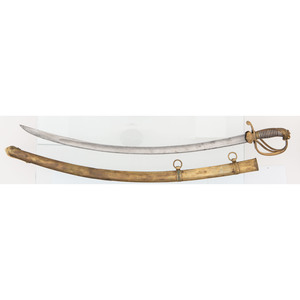 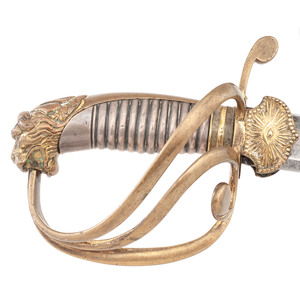 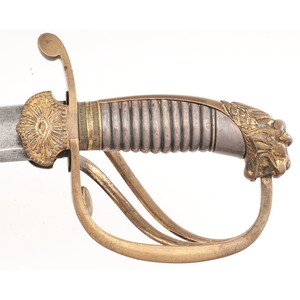 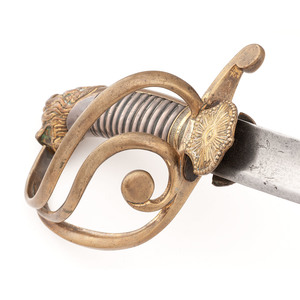 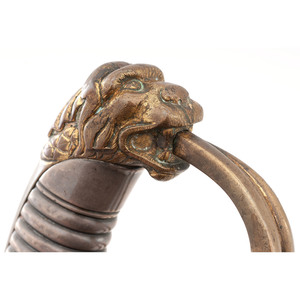 Albert Pike was born December 29, 1809 in Boston, MA and could trace his lineage in America back to the mid-1600s. Although he was accepted to Harvard University he opted to pursue a path of self-education, a trait that would be applied in his later life as he journeyed down the road of Freemasonry. He worked as a school teacher in Massachusetts for several years before leaving the state in 1831, initially relocating to Nashville, TN and then to St. Louis, MO. From St. Louis, Pike headed west to pursue hunting and trading in New Mexico, then moved on to similar pursuits in Texas. Ill luck during both expeditions resulted in Pike having to walk hundreds of miles to Taos after the loss of his horse and later travel some 1,300 miles, roughly half on foot, to Ft. Smith, AR. In Ft. Smith, Pike resumed teaching and started to write, both for newspapers and also authored his first book. Pike then started to study law and eventually practice law. At this time he began to take particular interest in the plight of Native Americans in the Fort Smith area and near-by "Indian Territory" and represented them in claims against the US government. Pike also continued writing, both on legal matters and also delved into poetry. His work resulted in him being awarded an honorary degree from Harvard, the very university that he had chosen not to attend.

During the 1840s Pike developed an interest in Freemasonry, a passion that would mold him and help direct the rest of his life. His participation in the fraternity, and passion for Masonic knowledge, lead to his eventual elevation to the rank of Sovereign Grand Commander of the Scottish Rite for the Southern Jurisdiction in 1859, a position he would hold until his death in 1891. His passion for Freemasonry resulted in his authoring of Morals and Dogma of the Ancient and Accepted Scottish Rite of Freemasonry in 1871, book that to this day remains one of the most relevant and important works in the field of Masonic education.

During the Mexican American War Pike jointed a mounted Arkansas volunteer unit and saw action at Buena Vista. Pike and his commander did not see eye-to-eye on a number of issues and the friction eventually resulted in the two fighting a duel near Fort Smith in 1847. Although the combatants fired several shots at each other, neither was hit and the farcical event was brought to a close by the intervention of their respective seconds. Pike later moved to New Orleans ca 1853 where he continued to practice law and write, and penned a major work about law that remained unpublished but still drew accolades from the legal community. In 1857, he returned to Arkansas and became involved in the debate regarding potential secession, states rights and the cause of southern independence. Although initially opposed to the concept of secession, Pike felt that if equality between the north and south could not be realized there was no other course of action. In 1861, Pike authored the pro-secession pamphlet "State or Province, Bond or Free?"

After the outbreak of the Civil War, Pike was commissioned as the Confederacy's representative to the Native Americans in Indian Territory, due to his previous experience and relationships with the peoples of that area. Pike was subsequently promoted to Brigadier General and given joint command of Indian Territory with General Ben McCulloch. At the Battle of Pea Ridge, the conduct of Pike and his native troops was brought under investigation, with reports of scalping and other atrocities by the native troops circulating. Additional charges were leveled against Pike regarding mismanagement and misappropriation of funds, resulting in his resignation from the Confederate Army and eventual arrest on charges that included treason. He was later released from prison and returned to Arkansas in late 1862.

After the war, Pike continued to pursue his primary passions of learning, writing and Masonry. He authored additional works of poetry and his Masonic masterpiece Morals and Dogma. Pike died in 1891 at the age of 81 and was interned at Oak Hill Cemetery. In 1944, he was reinterred at the House Temple of the Southern Jurisdiction of the Scottish Rite.

Sir Benjamin Brown French was an imminently important and powerful part of the Masonic hierarchy in America during the mid-19th century. He was directly tied to every US President from Andrew Jackson to Andrew Johnson through Freemasonry. His relationship with these leaders resulted in him being directly involved with the organization of Lincoln's first inauguration as well as the Gettysburg Cemetery dedication. He served as the Commissioner of Public Buildings in Washington and oversaw the completion of the Capital Dome and improvements. He was initiated into Freemasonry in 1826 in New Hampshire and served as Master of lodges in both New Hampshire and later Washington D.C., where he lead National Lodge No. 12. French was also elected to multiple terms as Grand Master of the Grand Lodge of Washington DC and during the Civil War period was the Grand Master for the 1862 and 1865 Grand Conclave national assemblages of Masons. French's importance in Masonry on a national level resulted in his laying of the cornerstones of both the Smithsonian Institute and the Washington Monument in Washington, DC, the Washington Monument in Richmond, VA and the Capitol Extension in Washington. French performed this last duty wearing George Washington's original Masonic apron!

French's first meeting with Albert Pike is documented in his diary and is quoted in part here: Wednesday, January 12, 1853: "passed the day at my office and the Capitol, and in the evening attended a meeting of the Encampment of Knights Templars, and conferred the orders on Albert Pike, Esq. of Arkansas. He is a scholar and a poet. Was an officer in the Mexican War and a man I am disposed to hold in High estimation." French had taken the Scottish Rites in 1851 and in 1859 he was conferred the 33rd degree of the Scottish Rite by Albert Pike, who was in effect returning the courtesy of conferring a degree on the same man who done performed a similar duty for him some years before. Clearly, the two men had a relationship grounded in mutual respect, admiration and appreciation of Masonry.

This presentation sword from one of the most important Masons in 19th century America to one of the most influential authors on Masonic theory in America during the same period is a perfect example of the brotherhood of Masonry that is recounted throughout the Civil War as battlefield enemies provided succor and charity to each other despite the conflict. French was an ardent abolitionist and Unionist and Pike held diametrically opposed political views. Despite this apparent conflict, the bonds of Masonry and the mutual respect the two men had for each other is clearly represented by this sword presented by a pro-Union northerner to a Confederate General at the height of the war in August of 1864. It is worth noting that the presentation date on the scabbard is roughly one week after Jubal Early's raid on Washington, DC and only days before the beginning of the Siege of Petersburg. In a single artifact from the Civil War the bonds of Freemasonry are clearly illustrated as two men who would have been battlefield enemies found common ground in Masonry.

Good to very good. Sword blade cleaned to bright long ago, leaving the etching weak and difficult to see. Metal now toning down to a medium pewter patina. Hilt with traces of gilt and a deeply tarnished grip. Scabbard with traces of gilt and numerous bumps and dings. Presentations on both backstrap and scabbard remain fully legible, but show good wear and age. A wonderful illustration of the bonds of Masonry that crossed the lines of politics and battle during the Civil War.