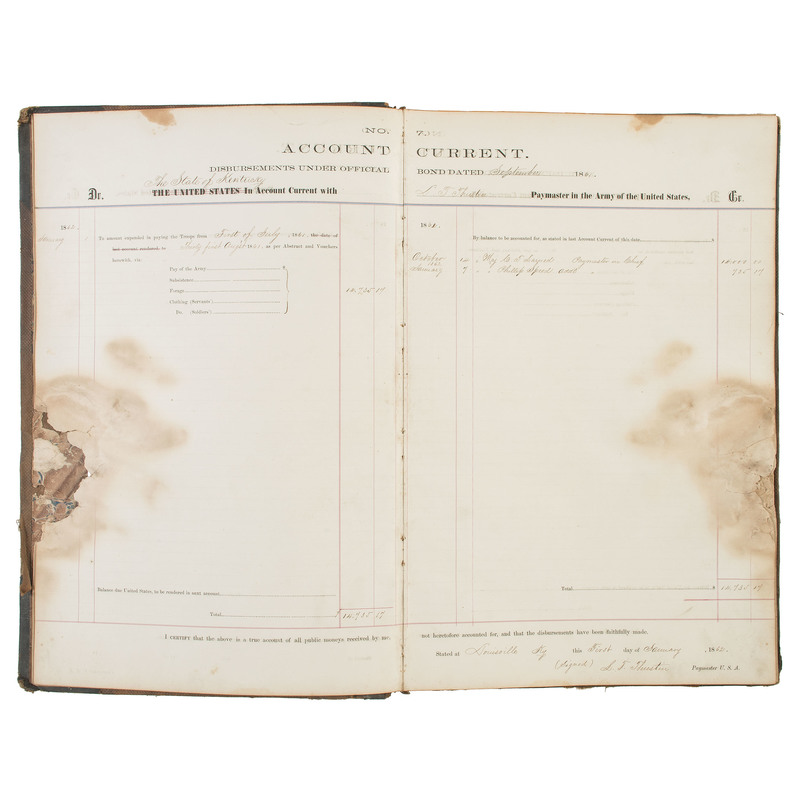 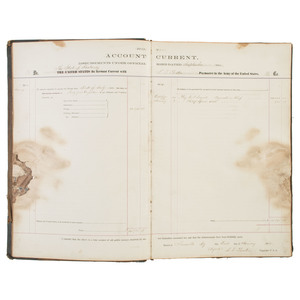 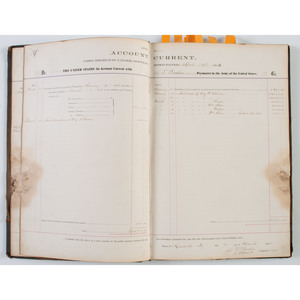 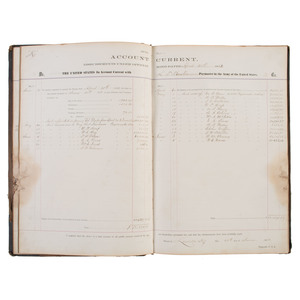 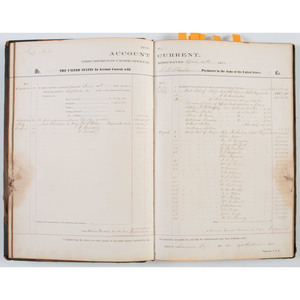 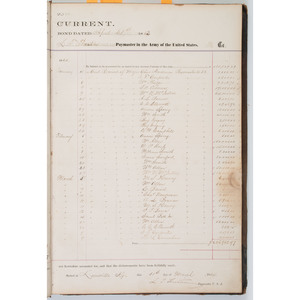 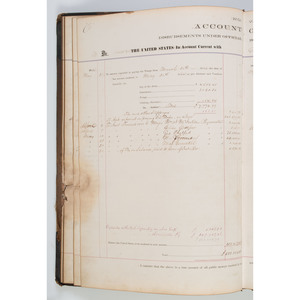 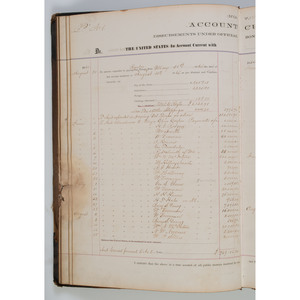 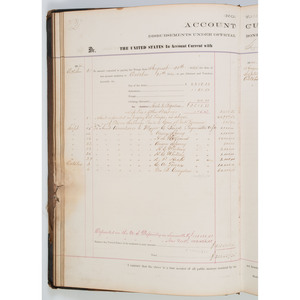 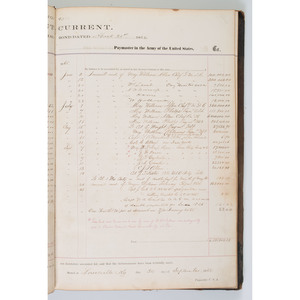 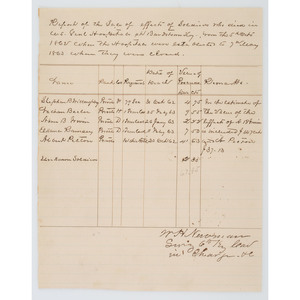 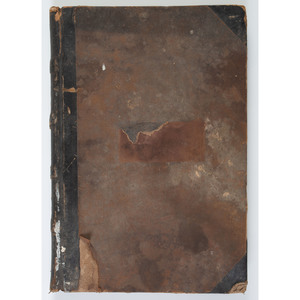 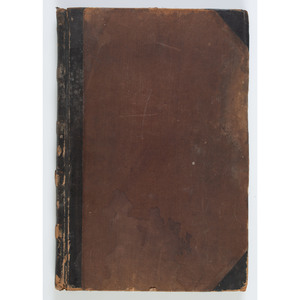 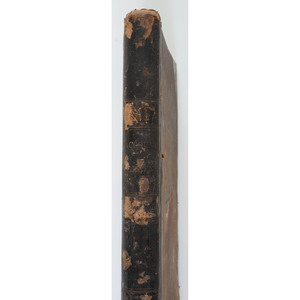 This rare ledger is a physical relic of the tremendous monetary cost of the Civil War. It details payments made from the United States bullion and currency depository in Louisville, KY to Union troops. The partially printed ledger is completed and signed in manuscript by Major Luther Thayer Thurstin of the US Volunteers Paymaster’s Department. The duplicate ledger records the payments to various paymasters from the same department from January 1, 1862 through April 21, 1866. The payments throughout the ledger total $15,812,716.95.

Payments were tallied somewhat irregularly, generally two or three months apart. Costs began to inflate on September 30, 1863, doubling the previous months payments. Many regiments were fulfilling their initial three year enlistments and the Enrollment Act was passed in March 3, 1863. Also known as the Civil War Military Draft Act, it essentially introduced conscription to the Union Army. It also raised the bounty from $100 (in July 1861) to $300 for a three-year enlistment, raising costs considerably. The highest costs come on the ledger pages dated September 30, 1865, at the closing of the war, with payments reaching over six million dollars. The largest disbursement going to William Allen, Chief Paymaster in Washington DC.

Though the ledger details the monetary cost, it is not hard to see the human cost among the numbers. The Union enlisted 2,128,948 men during the war. Privates were paid just $13 per month at the beginning of the war, raised to $16 by June 20, 1864. Line and staff officers were paid $15 more on average, and officers were paid more by rank. Throughout the ledger we typically only see the large payouts that would then be distributed among the regiments. There are some exceptions, however. Perhaps the smallest payment noted in the ledger is tucked among astronomical payments on September 30. It is for $2.65 made to Captain Jedidiah Cole of the 123rd US Colored Troops, “for effects of ded [sic] soldier named Anthony Campbell P. Co. C. 123 USCT.”

An additional separate document records “the sale of effects of soldiers who died in U.S. Genl. Hospital at Bardstown, KY.” The names of five soldiers are listed alongside unknown soldiers.