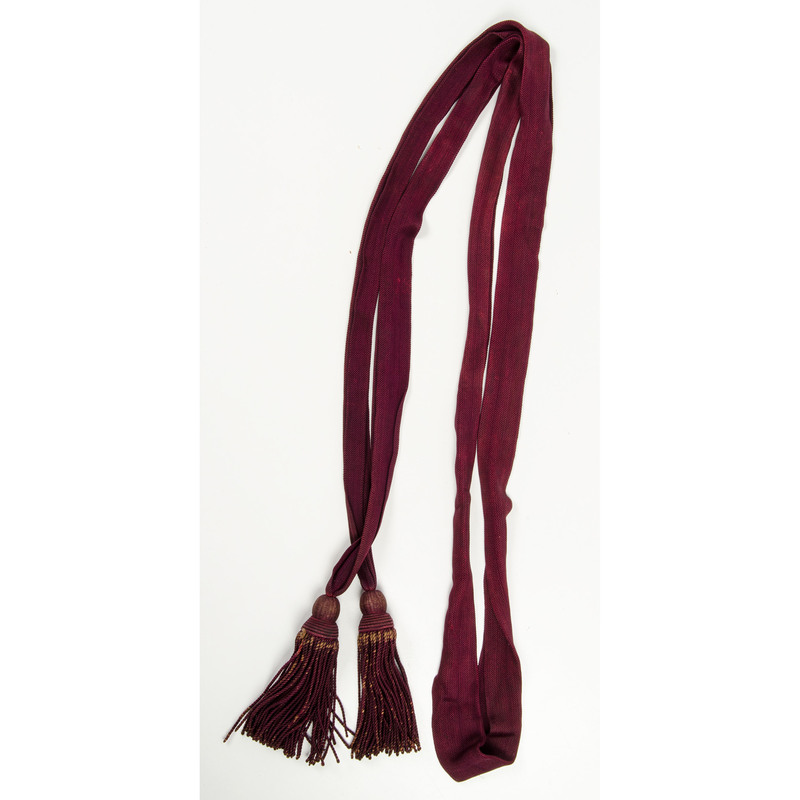 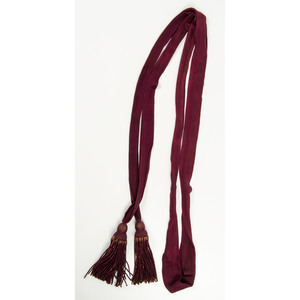 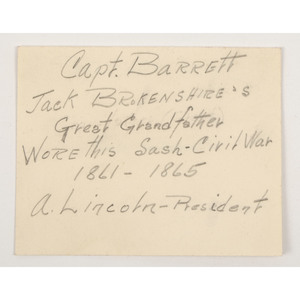 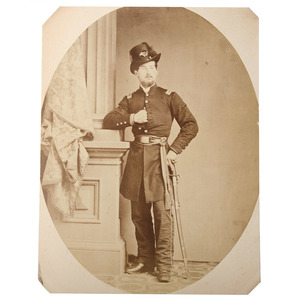 Consignor acquired this lot together with lots 20 and 22 from an estate sale containing other materials identified to John A. Barrett.

The 36th Pennsylvania Volunteer Infantry fought heavily at Malvern Hill, Antietam, and Fredericksburg. Barrett's record identifies him as a POW on 5/5/64 at Wilderness, VA, and his letters, included in a separate lot in this auction, affirm this. Barrett was one of 272 Union officers and soldiers captured at Wilderness after being surrounded by Confederate forces. He was then marched to Lynchburg. From Lynchburg, Barrett was moved to Confederate Military Prisons at Macon, Georgia, and then Charleston, S.C. The exact date of Barrett's release is unknown, however, it is likely that he was released in early 1865 when regular prisoner exchanges resumed between the North and South.

Included with this sash is a formal studio portrait of Capt. John A. Barrett, standing posed alongside a pillar, and wearing his officer's sword sash. The large format albumen photograph, ca 1861-1862, is oval in shape and measures 7.25 x 9.5 in.