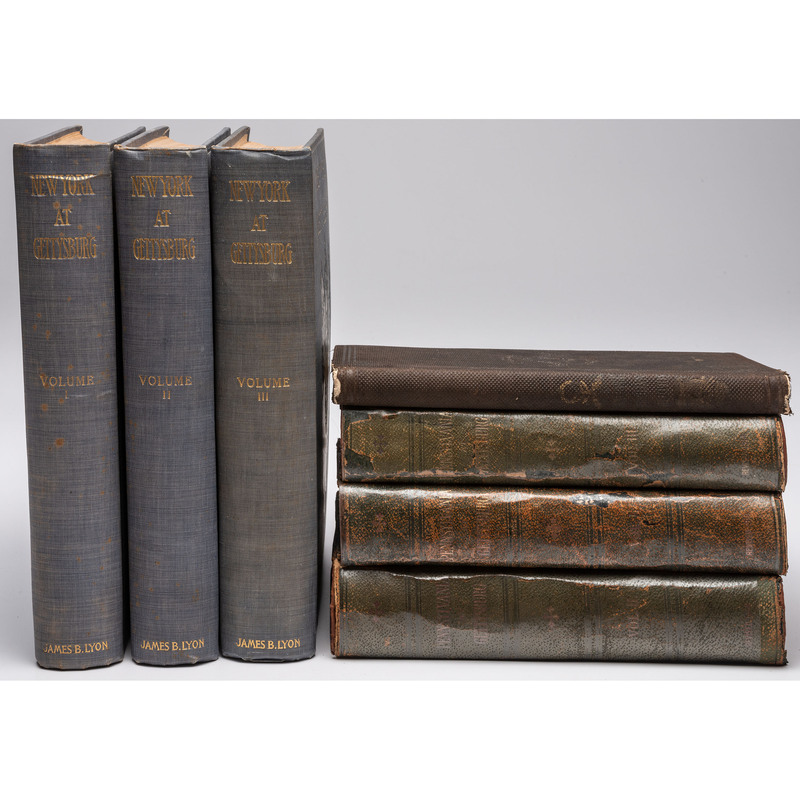 [CIVIL WAR] New York and Pennsylvania at Gettysburg, Plus

Revised Report Made to the Legislature of Pennsylvania Relative to the Soldiers' National Cemetery at Gettysburg. Embracing an Account of the Origin of the Undertaking; Address of Hon. Edward Everett, at its Consecration, with the Dedicatory Speech of President Lincoln, and the Other Exercises of That Event Together with the Address of Maj. Gen. O.O. Howard, Delivered July  4, 1866. Harrisburg: Singerly & Myers, 1867. 8vo, brown textured cloth, gilt spine, 282pp.