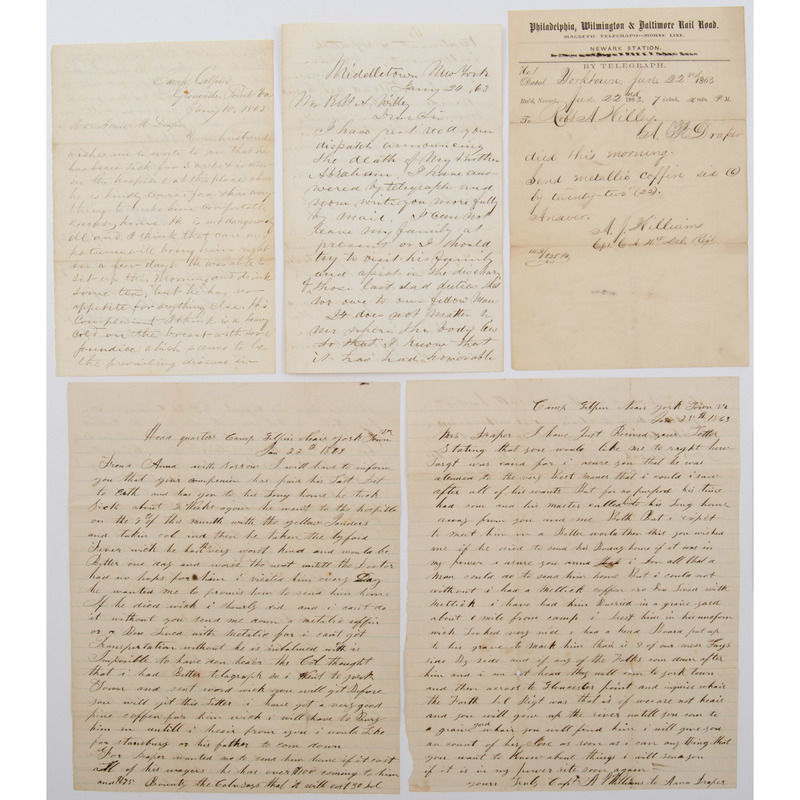 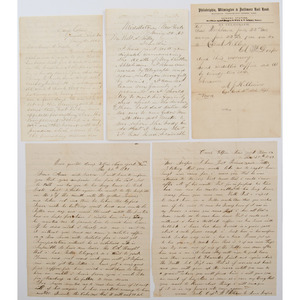 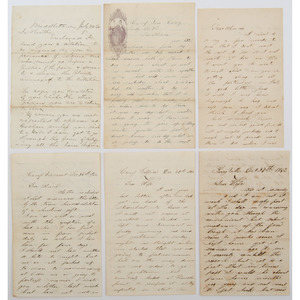 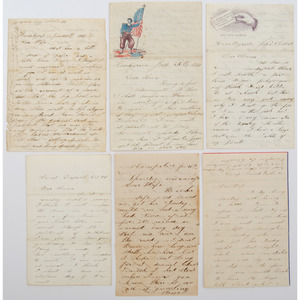 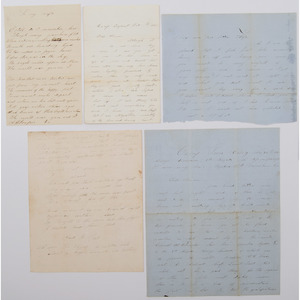 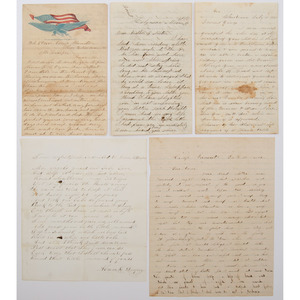 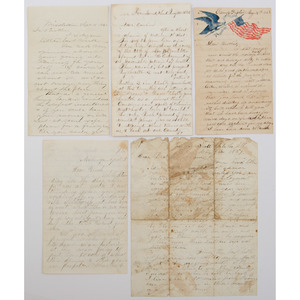 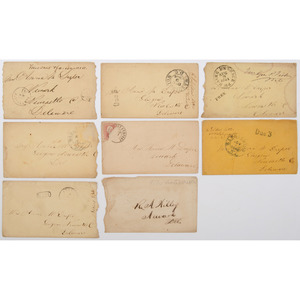 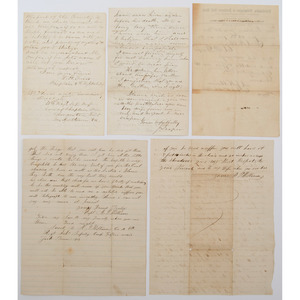 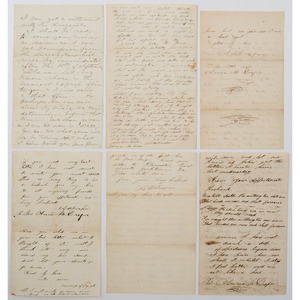 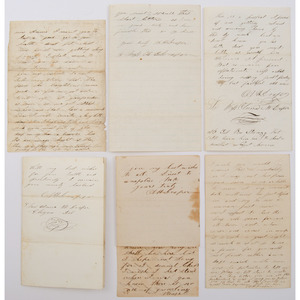 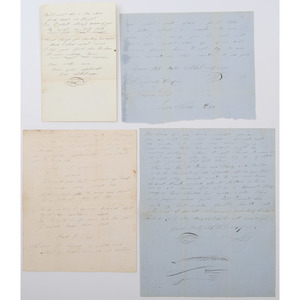 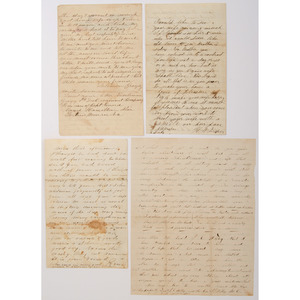 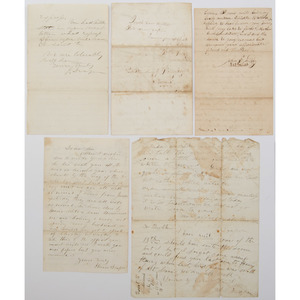 Abram H. Draper enlisted in the 1st DE Infantry as a 30-year-old blacksmith on May 22, 1861 at Lincoln's first call for troops. This was a 3-month unit that spent most of its time in defense of Washington. Draper then apparently re-enlisted a year later in June 1862 as a sergeant in the 4th Delaware infantry for 3 years. It still does not appear to have moved far from the capital. They started out at Brandywine Springs, then established Camp DuPont to guard the powder mills. It then went to Arlington Heights, just below Alexandria where it remained until late spring of 1863. By this time Sergeant Draper was no longer with them.

This lot consists of 31 letters, just over half (17) were from Abram Draper to his wife, Anna. There are several letters between Abram and his brothers (John, Hiram, E.). There is one from one of the Draper boys to his mother. There are She seems to have been a Willey by birth, and a number of letters are between her brothers, as well as one from John Draper to Robert Willey. Another letter is from Solomon Gregg to Abram Draper (Solomon served with Draper in the 1st DE Infy, and seems to have re-enlisted in another unit, as well, but not the 4th DE). A couple of the letters are pre-war between the brothers.

There is not much battle content, but Abram does sometimes describe the camps and the constant rain or snow that so many others note during 1862. In Nov. 1862 he notes that the unit just elected a colonel, and they had been assigned to the 3rd Brigade, Caseys Division, forming the right wing. "We heard heavy firing on the upper Potomac yesterday but donot know what it was for. it is reported that a company of rebel cavalry crossed in to Maryland yesterday probably accounts for it."

On Jan. 10, 1863, Anna received a letter from the Chaplain, Wm H. Fries. "Your husband wishes me to write to you that he has been sick for 3 weeks & is now in the hospital at this place (Camp Gilpin) where he is kindly cared for & has everything to make him comfortable except home. He is not dangerously ill, and, I think that care and patience will bring him right in a few days. He was able to sit up this morning and drink some tea, but he has no appetite for anything else. His complaint, I think, is a heavy cold on the breast with some jaundice which seems to be the prevailing disease in this part of the Country. We think we shall remain here all Winter - if so we will be highly favored as we are in a healthy location with good water and plenty of oysters & other good things. Don't be uneasy about Mr. Draper, if he gets worse I will let you know."

Unfortunately, things did not work out that way. On Jan. 22, a telegram from Yorktown informed Anna of Abram's death, and requested that she send a metal coffin to ship his body home. Several other letters are in reference to his death, John Draper wrote to Anna's brother, Robert. Two letters, dated Jan. 22 and 25th, are from A.J. Williams, Capt. of Co. A, 4th DE. In the first he is still trying to obtain a metal or metal-lined coffin to transport Abram's body home, although the Company will pay the Express fees. He also tells her he will forward all of Abram's wages to her. On the 25th, he tells her that Abram had been well cared for, and they tried to send his body home, but were unable to do so. He tells her that he is buried in a graveyard about 1 mile from our camp (near Yorktown). "I drest him in his uniform which looked very nice ... thair is 3 of our men side by side..." She is given very detailed directions to the grave if she wants to have someone retrieve his body and bring him home.

Some toning and foxing. For the most part readable.