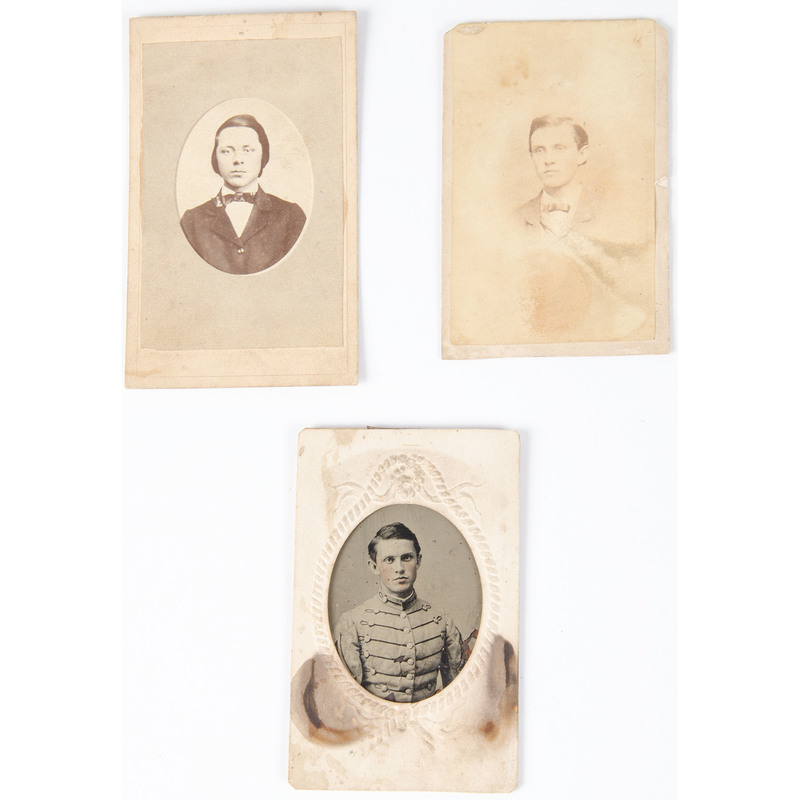 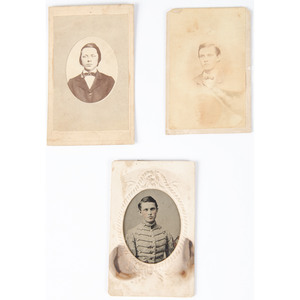 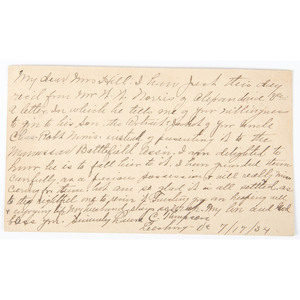 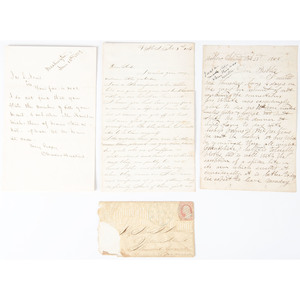 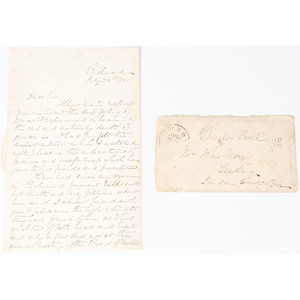 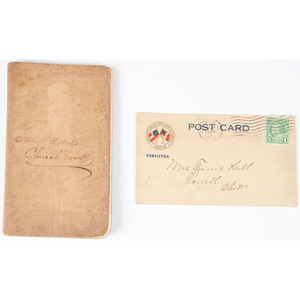 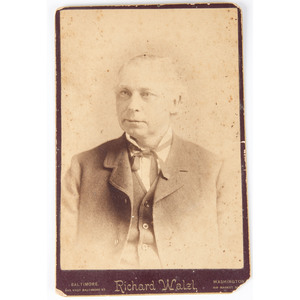 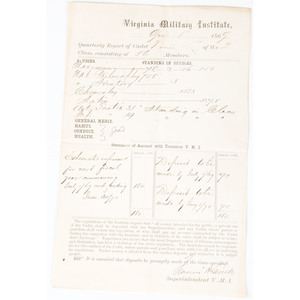 After the Treaty of Albany in 1722, in which the Iroquois abandoned all lands east of the Blue Ridge to the Virginia colony, tidewater planters began moving into the area which later became Loudoun County by the later 1730s. Nicholas Minor built a tavern at the crossroads of the major north-south Carolina Road (now US 15) and the east-west Potomac Ridge Road (now VA Hwy 7) about 1730. In 1757 it was selected for the location of the Loudoun County courthouse. Minor hired John Hough to plat his 60 acres into 70 lots, which he named George Town for the British King. The Virginia Assembly officially established the town and changed the name to Leesburg the following year. Although the original plat map is missing, a second one was constructed in 1759 and shows 3 N-S streets crossed by 4 E-W streets.

Leesburg is only 2 miles south of the Potomac River about 30 miles from Washington, DC. During the War of 1812, Leesburg was the place chosen to protect the national archives of the young nation. As the British threatened invasion of the capital, the Declaration of Independence, the Constitution, congressional journals, George Washington's correspondence, as well as some important portraits were hidden in a vacant house in Leesburg.

By 1850, the town had nearly 1700 residents. Although a portion of those residents were slaves, for the most part they were skilled artisans rather than agricultural workers. Methodists, Anglican and Quakers had a strong presence in Leesburg, and the two Loudoun County delegates to the Secession Convention voted against leaving the Union. Leesburg voters ratified the Ordinance, however, 400 to 22. In northwest Loudoun County, though, many Germans and Quakers formed a Union unit. Most of the Leesburg men joined the Confederacy, especially the Potomac Greys (Co. H, 8th VA Infy.) and Leesburg Cavalry (Co. K, 6th VA Cav.)

John Grey Norris (1812-1907) moved to Leesburg from Maryland in the 1820s, establishing a planing mill and carpentry business in the 1840s. The dwelling at 108 Loudoun Street SW was originally built by John Hough (Nicholas Minor's surveyor), a 27 x 21 foot two-story structure with one chimney and a fireplace on each floor, probably completed ca 1760. Loudoun was the main East-West road in Leesburg, so this must have been a prominent "Main Street" structure. It was sold at auction in 1832 to a local farmer who added a room in a farm house-style rather than a town house-style. In 1838 the house was sold to a church for use as a parsonage; the church sold the property in 1857 in favor of one closer to the church.

The home was purchased by Edward and Annie Hammat where they raised a daughter, Elizabeth. She married Joseph Norris (1834-1908), son of John Grey Norris (1812-1907). John's other sons, Samuel (1848-1933) and Thomas (1840-1918)also worked in the carpentry business, becoming J. Norris and Sons, then, later, Norris Brothers. Another son, Lemuel Norris (1848-1930) was an architect in Washington, DC. Being in an allied field, he often contributed to Norris Brothers. Collectively they built many of the structures in Leesburg, a fair number of which still stand today.

Joseph and Elizabeth purchased the house from her parents in 1870 and they added a two-story wing on the east side of the house. Joseph included fine woodwork, such as the grand staircase, mantle pieces, door and window trim, bookcases and cabinets, and more. Many more additions and improvements were made, more than doubling the size of the home. For some years Joseph was Mayor of Leesburg, so the front public rooms were certainly a center of social activity in those days. The house has been continually upgraded and improved, including adding bathrooms to all six bedrooms. The Norris house website (it is now a B-and-B) notes that within the past couple of decades, the current owners were able to switch a closet door with a bathroom door, both fitting perfectly in new locations, a testament to the quality of the Norris "brand."

There was yet another Norris brother, Charles Robert (1844-1861). Charles entered Virginia Military Institute as a cadet in August 1860, having been nominated by General Philip St. George Cocke of Virginia. The lot contains three letters, two from Charles, one to his father (Oct. 31, 1860) and one to his sister (Feb. 8, 1861). A third letter is to Mr. Norris from Charles Ball, July 28, 1861, reporting Charles' death and expressing his sympathy to the family. In the first letter he tells his father about one cadet who was sent home because he reached his limit on demerits. Two more were facing court martial for being drunk. He also mentions that before arriving at VMI he (naively) thought that there was no use of alcohol or tobacco; he was wrong. "Last Saturday one half of the cadets were drunk and as for tobacco there is scarcely a fellow here but what doe not use it."

In the letter to his sister, he mentions that it is not so easy to fall in with "bad company." "We have to stay in our rooms if a Professor should happen to catch any one in another's room he will give us five demerits for it and that is one thing to prevent us mixing together."

Shortly after the outbreak of war in the spring of 1861, young Norris and several others were ordered to Harpers Ferry to report to General T.J. Jackson. Norris was assigned to be a drill-master to the volunteers rushing to the call of the State. As the armies gathered near Manassas Junction, one of the companies in Col. John Echols' regiment was missing its captain, so Norris was assigned to lead the company. He led them in a charge crying "Come on boys, quick, and we can whip them." He was immediately struck by a ball, killing him instantly, although he was not found until the following day by an elder brother amid the dead and wounded. In the words of the school, "Thus, belonging to no company, with his name not enrolled on any of the lists of the honored soldiers who fought and died for the "Lost Cause," did Charles R. Norris, only a little over seventeen years old, offer up his young life an ablation on the altar of his country." [Walker, Chas. Biographical sketches of the Graduates and Eleves of the Virginia Military Institute who fell during the war between the States. 1875]

Also included are two cdvs and a cdv-mounted tintype (in VMI uniform) of Charles along with several newspaper obituaries.

There is one pre-war ALS (Oct. 23, 1858) and one post-war ALS (Oct. 25, 1867) from Joseph Lafayette Norris, plus one ANS to him, dated June 15, 1857. In addition, there is a cabinet card with a Washington photographer's identification of a middle-aged Joseph Norris. He also served the Confederacy, enlisting as a 30-year-old carpenter, in the Loudoun Light Artillery, which later became the Fauquier Light Artillery. He later transferred to the VA 46th Cavalry, then to the 26th VA Cav. He is listed as POW in April 1863, paroled immediately, then paroled just a week before Lee's surrender.

There are two more letters, both dated Dec. 7, 1862 from a camp near Fredericksburg, written by Thomas Dove. One is addressed to a cousin, the other to his Father. What is a bit odd is that the handwriting of the two is very different. Considering the style and spelling of the cousin letter, it leads one to think he had someone else actually write the letter to his father (a common practice among the barely educated privates of both armies). Dove could be a cousin of one of the Norrises - they were a growing clan at this point. The hds database indicates that Dove also enlisted in the Loudoun Light Artillery (Fauquier Light Artillery).

There is a VMI Quarterly Report - a combination of the student's standing in studies (Natural Philosophy, Natural History, Chemistry, Latin, Artillery Tactics and Infantry Tactics) and a statement of their account. This is dated April 1869 and appear to be for "L. Norris" (probably Lemuel, who would have been about 21 at this point).

There are two post-war letters, one from Mary Norris to her mother, dated "Wednesday 4th, 1868" (no month), the other from mother to her child dated Nov. 27, 1870. A later descendant has added "Hannah Birkby Norris to son Lemuel" in pencil just below the date.

In addition there is a small account book, 3.5 x 6 in. The front has "Saml. Norris / Church book" on the cloth cover. Inside is "An autobiography of my father's brother Joseph Lafayette Norris." This takes up about 6.5 pages. The following page notes: "The foregoing autobiography of Jos. L. Norris was copied by Hannah Euphemia (Fanny) Norris Hill, daughter of John White Norris, a brother of Joseph."

As expected, with handling wear and minor browning.