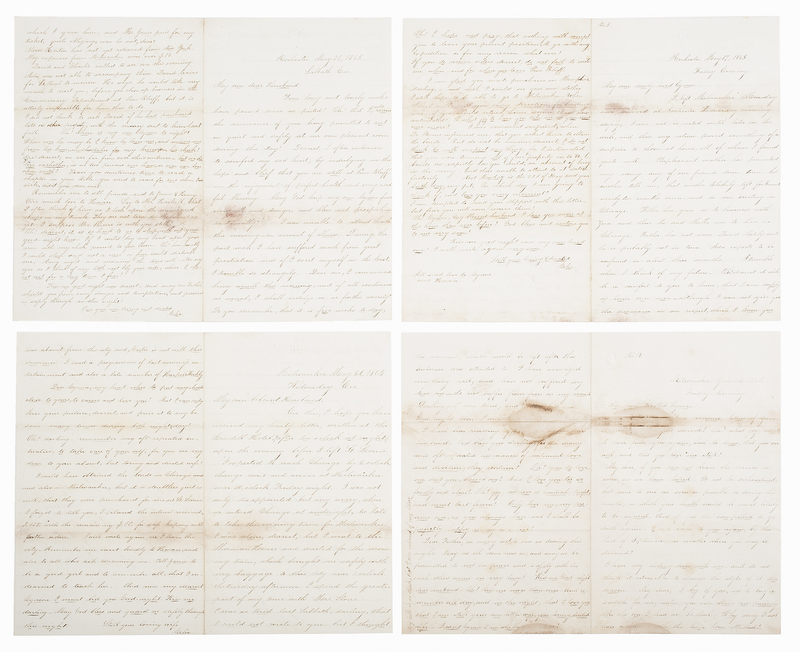 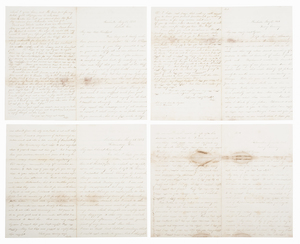 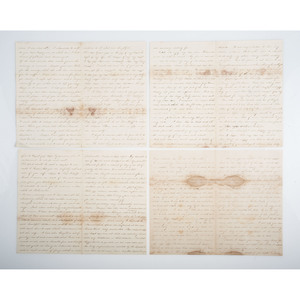 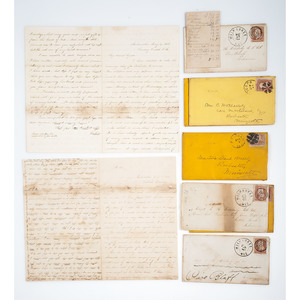 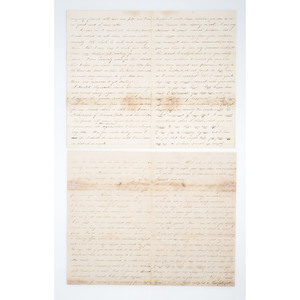 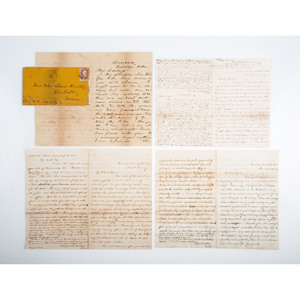 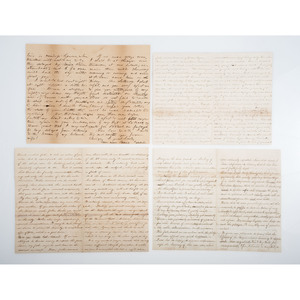 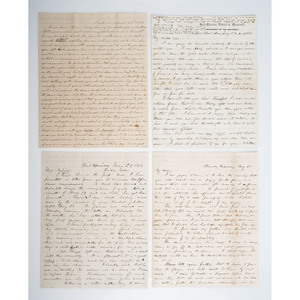 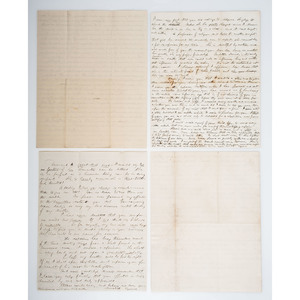 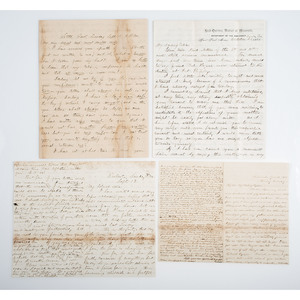 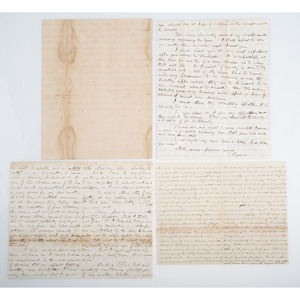 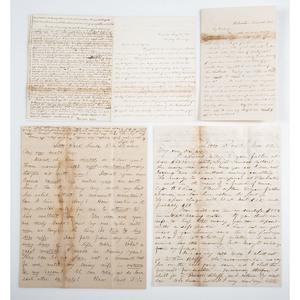 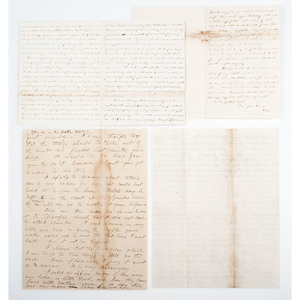 Lot of approx. 150 letters, most between Cyrene Blakely and his fiance/wife, Celia R. Leland, including at least 49 war-dated letters from Cyrene to Celia, as well as approx. 64 letters from Celia to Cyrene. The letters date from ca February 1863 through November 1864, with a large gap from March to August 1864 during which time the couple got married. (By late August, the letters are addressed to Celia Blakely rather than Celia Leland.) Accompanied by three letters to Cyrene from his father, "D.B.," who became ill during the war and died about September 26, 1863. One letter from Cyrene's brother, David, was included in one of Celia's letters. In addition, the collection contains correspondence to and from Celia, including approx. 36 letters dating from May, June, and July 1865 and 1866 from Celia, as well as a letter from her father.

Cyrene H. Blakely enlisted in the autumn of 1861 at Rochester, MN as a 2nd lieutenant. In his letter to Celia of October 6, 1864, he writes: "My first three-years' enlistment expires on the 26th of October - the present month." This implies he re-enlisted, which he did. And in one of her letters, Celia asks about this, since it apparently was phrased to the effect of another three years, or the length of the war. He was made adjutant in January 1862, along with a promotion to 1st lieutenant. He was commissioned into the Commissary Department in June 1864 and promoted to captain at the same time. He received a brevet major March 13, 1865. The commissary appointment turned out to be quite lucrative. He started sending home thousands of dollars periodically. In one letter he tells her how they are doing it: he has another guy who buys cattle at 3 cents per pound, then the government buys it for 5 cents. They split the profits.

It seems as though Cyrene is trying to shield Celia from the dangers of war. Although he is in the Western Theater, he is engaged in some skirmishes, such as the action in October 1863 at Pine Bluff. In 1862 the unit was engaged at Murfreesboro, where some of the unit surrendered to Forrest. After their exchange, they were sent to Fort Snelling, then to join General Sibley at Fort Ridgely. It spent much time in the Arkansas campaign. About the only thing Cyrene tells Celia is: "A poor fellow is to be hung here on Friday next; he was a spy - found while trying to get through our lines with a perfect profile of the fortification surrounding Pine Bluff." (September 19, 1864) Much of the communication is (very) personal. Following the war, Cyrene lived a long life, dying in Chicago July 4, 1898. Celia died in 1902, presumably in Rochester where she is interred.

A number of the letters have a toned line along one fold. They are for the most part readable. Celia has beautiful handwriting and her letters are very easy to read. His get a bit hasty, but at least he can spell.