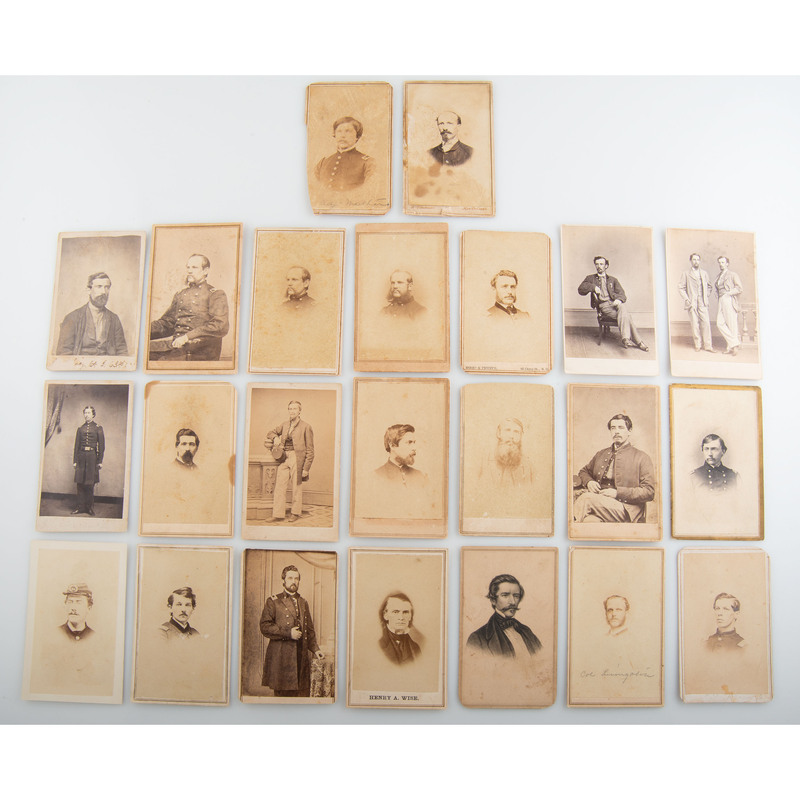 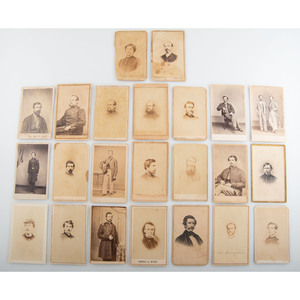 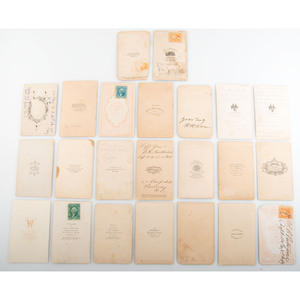 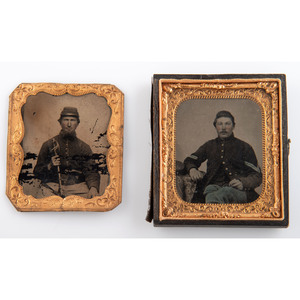 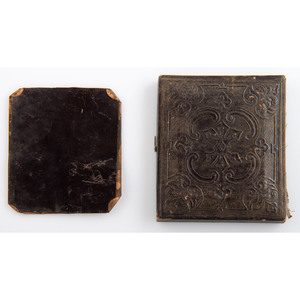 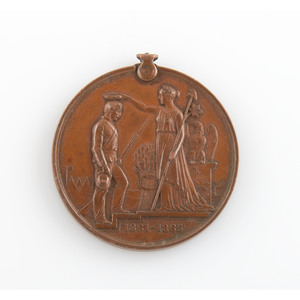 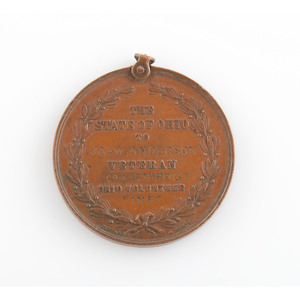 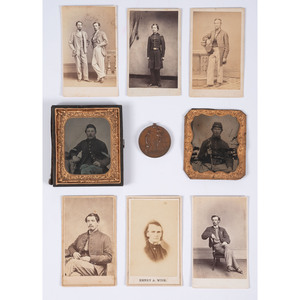 [CIVIL WAR]. Group of CDVs and tintypes of soldiers, many identified.

Lot of 23 CDVs and 2 tintypes, one tintype housed in half pressed paper case and another encased only in a mat. Credited photographers include Brady's National Portrait Galleries, Whitney & Paradise of New York, F. Gutekunst of Philadelphia, Moses & Piffets of New Orleans, A. Constant of New Orleans, Powelson of Rochester and Buffalo, Manchester Brothers of Providence, RI, and George K. Warren of Cambridgeport, MA. 9 subjects completely unidentified while another 5 subjects identified on carte though either without adequate information or in illegible handwriting so as to prevent positive full identification. Identified subjects include:

Together, 23 CDVs, 2 tintypes, and one medal. Range in condition (most CDVs with light to moderate toning, some with soiling/spotting, wear to mounts, mounts that appear to have been trimmed). Please see photographs for detailed images.