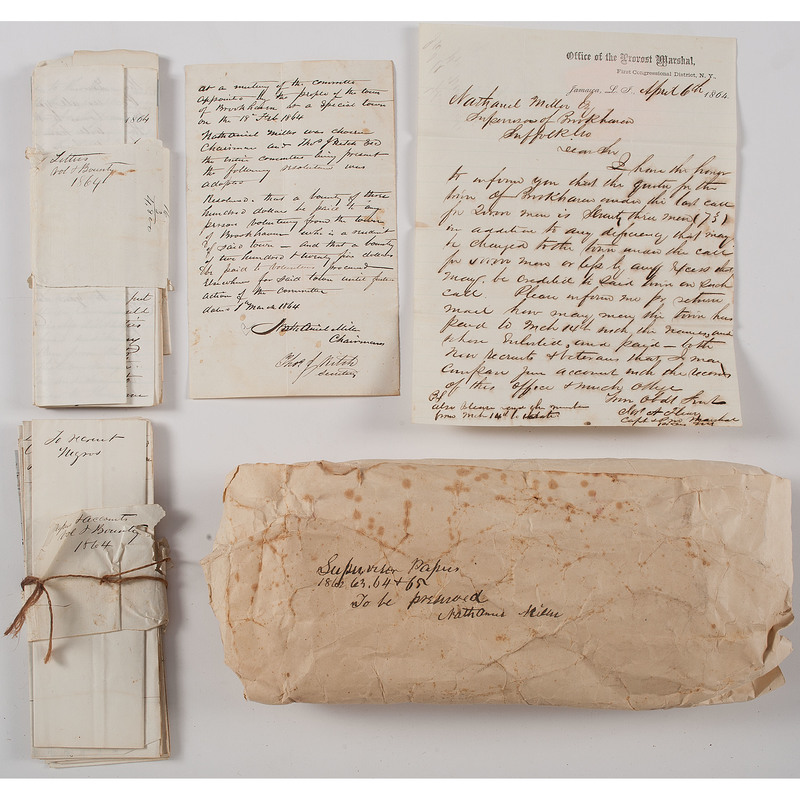 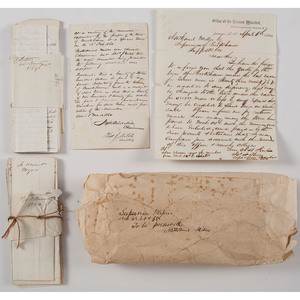 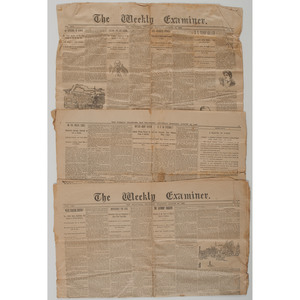 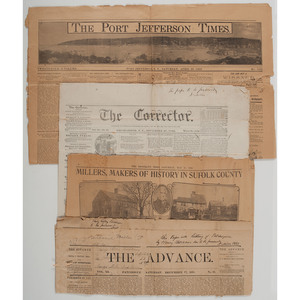 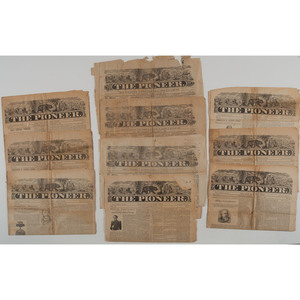 Miller's obituary in the Dec. 24, 1896, edition of the New York Times, states that the New York native went to California in 1849, where he "assisted in forming the first vigilance committee at San Francisco," "erected the first building on Battery Street," and "amassed considerable wealth." He returned to his hometown of Brookhaven on Long Island and served as Town Supervisor during the Civil War, after which Brookhaven was the only town in the county to be free of debt.

Nathaniel Miller was elected Town Supervisor on April 5, 1864, and as such the majority of documents and letters in the archive span 1864-1866. Archive content generally falls into one of two categories: general finance and administration of the town of Brookhaven and Brookhaven's contributions to the war effort. Most intriguing are documents related to the war effort which include documentation of the town's efforts to raise funds to procure volunteers and/or substitutes. Miller appears to have been actively involved in securing enlistments to meet the town quota, and also in recruiting low-cost substitutes. One interesting directive from the military officers overseeing recruitment in the state of New York is addressed "To the Supervisors of the Several Counties of the State of New York" and states, in part, that "We respectfully recommend that you immediately convene your Boards to appoint Agents to obtain recruits from the Rebel States to aid in filling the Quotas of your several towns or wards, to meet the last requisition of the President." Handwritten on the verso of this July 23, 1864, document, presumably in Miller's hand, is the note "To recruit negros." Other notable Civil War-era documents include two letters from the Office of the Provost Marshal of the First Congressional District, NY which Miller has endorsed on verso as "Order to draft / May 1864" and "Official quota / Town of Brookhaven / for 500,000 men."

Newspapers in the collection appear to have been carefully selected and organized by Miller whose handwritten notes adorn six newspaper bundles. Bundles as described by Miller include "Newspapers giving particulars of Gen Grants Funeral Aug 8th 1885 to be preserved"; "News papers containing an account of the celebration of the centennial of the avacuation of New York on 25th Nov 1783 / 25 Nov 1883 / To be preserved for all time by request of Nathaniel Miller / Brook Haven 1 Dec 1883"; and "papers giving account of the Snow Storm and Blizzard March 1888 / to be preserved / N. Miller."  Among the publications included in the loose newspapers are The Pioneer (11 issues spanning 1881-1896); the San Francisco Chronicle (2 issues spanning 1889-1890); one issue of  the Republican Watchman dated December 30, 1865; Brother Jonathan, a Double-Sheet Fourth of July Pictorial Paper dated June 26, 1852; The Weekly Examiner (San Francisco, 3 issues from August 1889); The Brooklyn Times issue of May 15, 1909 which includes a front page article on the Miller family of Suffolk County; and more.

Note that Cowan's sold two exceptional daguerreotypes of Miller in 2014, showing him dressed in his hunting and trapping outfit, armed with a rifle and large knife.

Newspapers were not removed from bundles for inspection. Loose newspapers show wear and age with some brittleness, tears and losses along edge lines. Documents are generally in good condition and legible.