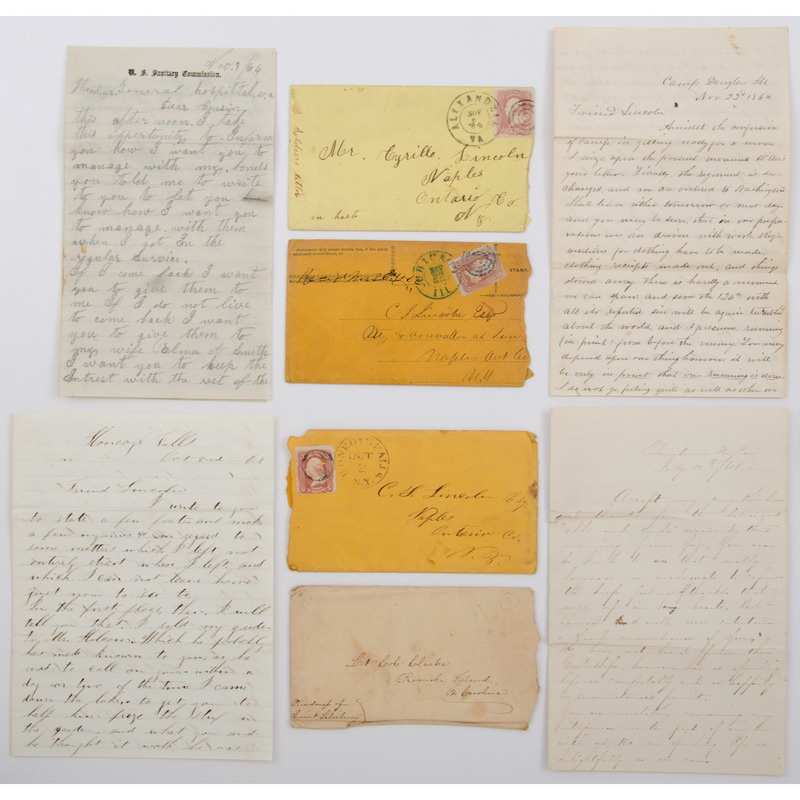 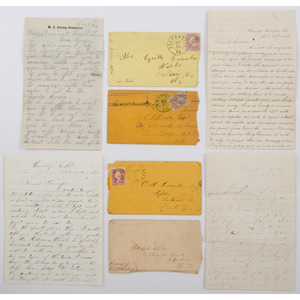 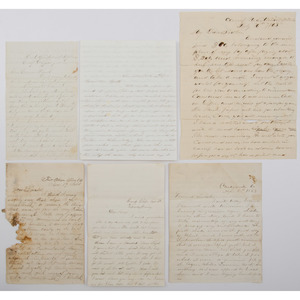 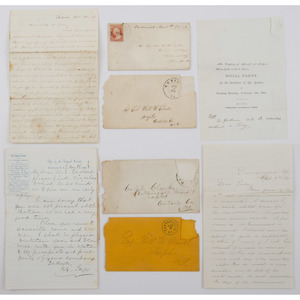 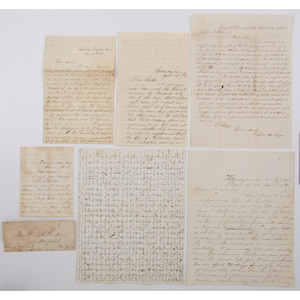 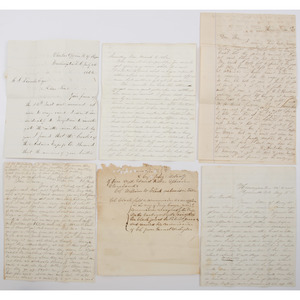 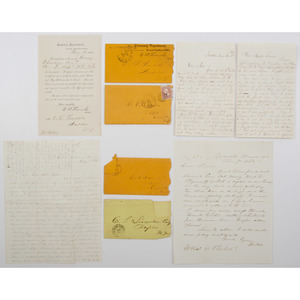 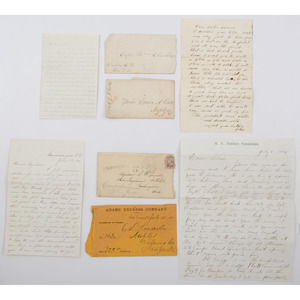 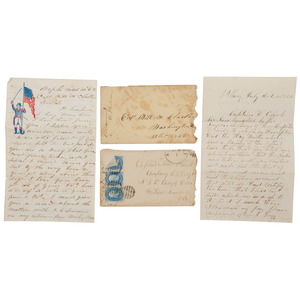 Interesting assortment of letters from a multitude of correspondents. Letters primarily represent two families, the Clarks (sometimes Clarke) and the Lincolns, both originally hailing from Canandaigua, Ontario County, New York. The families were related by the 1860 marriage of Cyrillo S. Lincoln (1830-1900) to Laura Anna Clark (1830-1917). Documents in the collection include soldiers' letters, family correspondence, miscellaneous documents.

Soldiers' letters in the collection are written to or from the following men who served during the Civil War: Capt. Spencer F. Lincoln (1838-1864), Co. D, 126th NY Infantry (brother to Cyrillo Lincoln); Lt. Col. William W. Clark (1826-1897), Co. B, 85th NY Infantry (brother of Laura Clark Lincoln); and Joseph L. Clark (1832-1918), likely Co. H, 22nd Illinois Infantry (brother of Laura Clark Lincoln). Both of the Clark brothers survived the war. Spencer Lincoln was wounded on June 6, 1864, at Petersburg, VA, and died of wounds on July 9, 1864. A third Clark brother, Edmund C. Clark, also served in the war but his letters in the collection are not written while in the service.

Typical content in the soldiers' letters includes comments on troop conditions, weather, family matters, etc. However, one notable exception is a January 20, 1864, letter from Spencer Lincoln to his brother Cyrillo, a lawyer. Spencer writes, "I have a business letter to write this time, I wish to engage your services...I have an action to push against Capt. J. W. Richards of my Company...." The soldier goes on to write in detail about the ways in which the Captain is falsifying muster rolls, defrauding members of his company, and defrauding the government. Other correspondence in the collection references many of the issues of the day including the critical 1864 election. In a letter of November 6, 1864, Joseph Clark tells his brother that "There is some excitement here about [the] election. Week before last there was a Republican meeting here & one Virgil Lamb was heard to say 'that the whole affair was a black abolition pow-wow and the whole crowd ought to be shot' whereupon two soldiers quickly took him by the arms & leading him to the river performed baptismal rites often & long till the poor fellow said he thought they had 'washed all his sins away' & he would frankly acknowledge his error...." Other topics referenced include patriotism, sanitary fairs, the draft, Copperheads, and more.