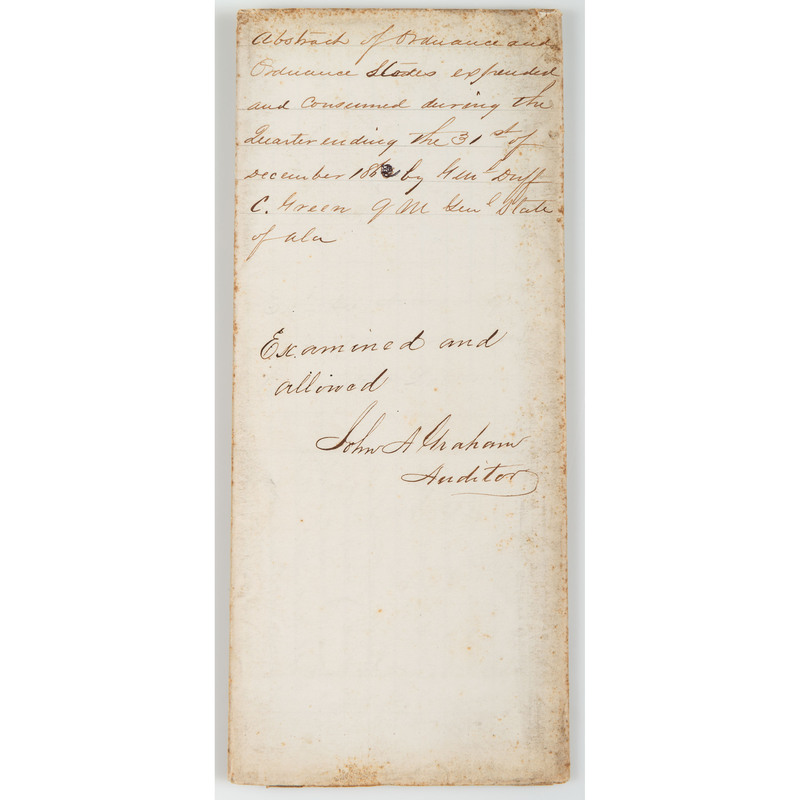 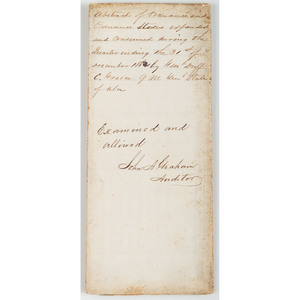 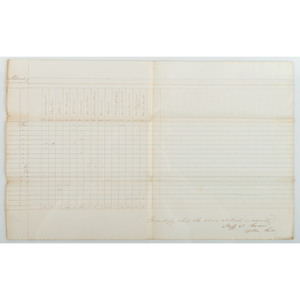 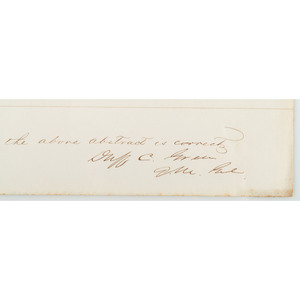 Duff Green had many interests and occupations. Wikipedia describes him as a teacher, military leader, Democratic Party politician, journalist, author, diplomat, industrialist and businessman. This seems to be the tip of the iceberg. He was also a lawyer and built up a lucrative practice in Missouri, besides his political involvement. He became interested in journalism while serving in the Missouri House and Senate, and after his purchase of the United States Telegraph, he moved to Washington, DC and used his publication to influence politics. He initially supported Andrew Jackson, and was a member of Jackson's "Kitchen Cabinet," his unofficial advisors, but when Jackson and John C. Calhoun began to quarrel, Green supported Calhoun, whose son had also married Green's daughter, and he began to attack Jackson in the Telegraph.

Green's interests constantly expanded. He noted before the war that the South needed to develop her natural resources, or the North would bury her for sure, but as he started to develop those resources, he realized that the South did not have the infrastructure to capitalize on it, so he began to build railroads and canals to handle that aspect of development.

In early April, 1865, just days before Lee surrendered, Green met with Abraham Lincoln in Richmond. Lincoln greeted him as a friend, but in view of Admiral Porter and others, Green refused to shake Lincoln's proffered hand and proceeded to berate him as a tyrant, a murderer and more. Green said Lincoln had come to Virginia merely to gloat about winning a war he had started. Lincoln reportedly became angry, a rare occurrence, and turned the tables on Green, calling him a traitor for supporting the Confederacy.

Stop, you political tramp. You, the aider and abettor of those who have brought all this ruin upon your country, without the courage to risk your person in defense of the principles profess to espouse! A fellow who stood by to gather up the loaves and fishes, if any should fall to you! A man who had no principles in the North, and took none South with him! A political hyena who robbed the graves of the dead, and adopted their language as his own! You talk of the North cutting the throats of the Southern people. You have all cut your own throats, and, unfortunately, have cut many of those of the North. Miserable impostor, vile intruder! Go, before I forget myself and the high position I hold! Go, I tell you, and  don't desecrate this national vessel another minute. (as quoted by Wikipedia, retrieved 26 Jan 2021.)