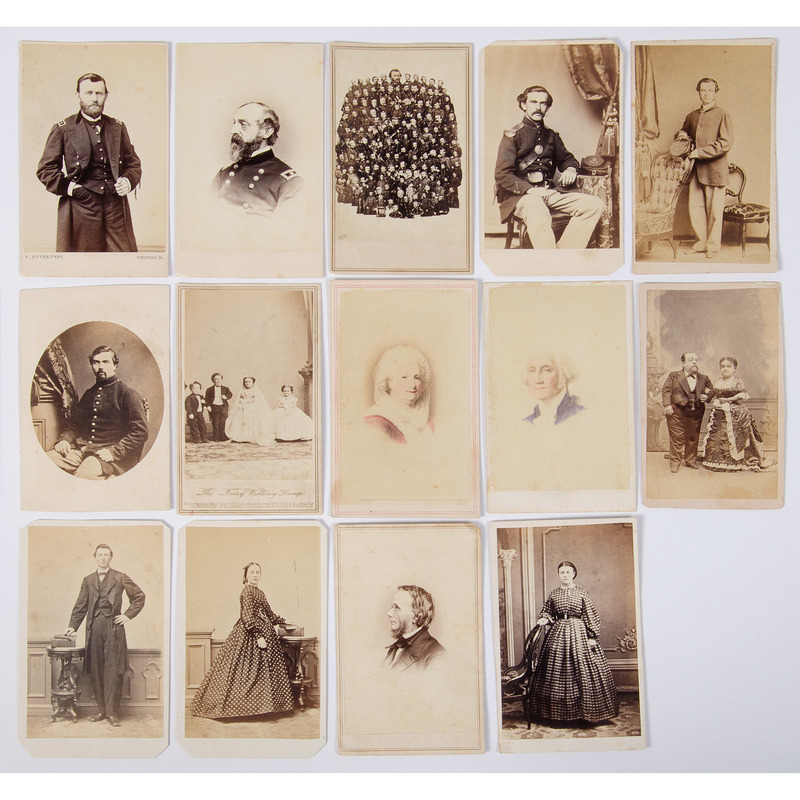 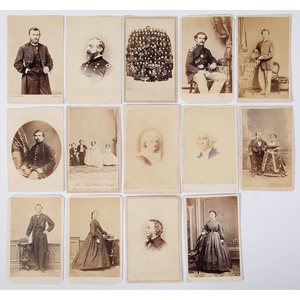 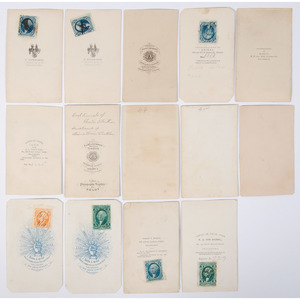 Studio portrait of mustached soldier in uniform, seated beside a table upon which his kepi rests. Insignia designation company and regiment, "H / 118," can be seen on the top of the kepi. Reimer: Philadelphia, PA. Penciled note on verso reads, "Lukens soldier dead." Research indicates that this is likely Private Alfred N. Lukens who enlisted on 8/12/62 and was mustered into Co. H of the 118th Pennsylvania Infantry, known as the Corn Exchange regiment. HDS notes that Lukens died on 7/1/63, but an 1888 History of the Corn Exchange Regiment notes that he died on 7/31/63 in Washington, DC. Corners clipped. Two cent revenue stamp on verso. Few minor smudges/stains on image and mount.