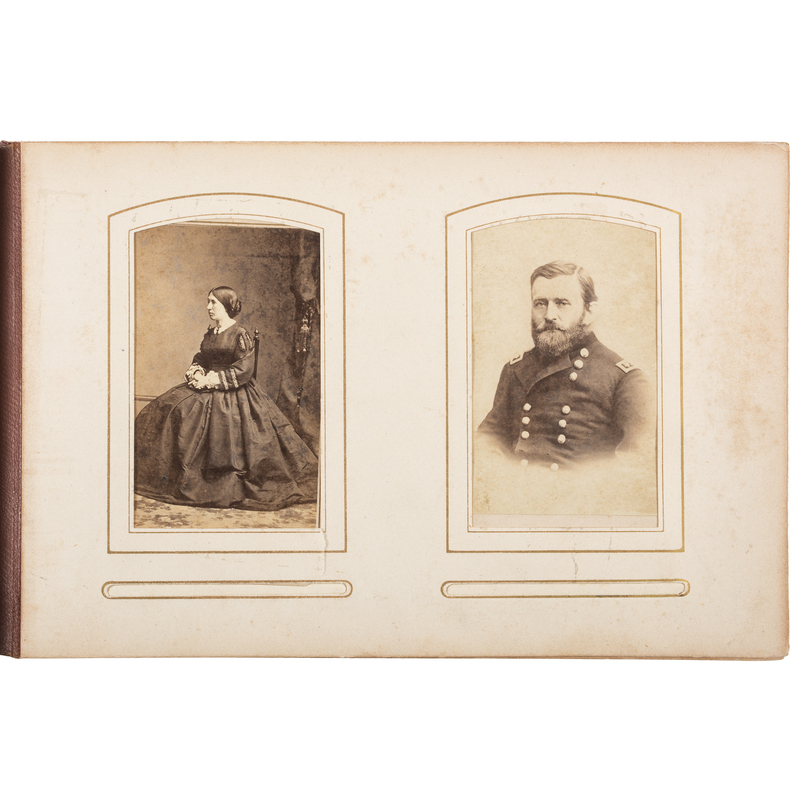 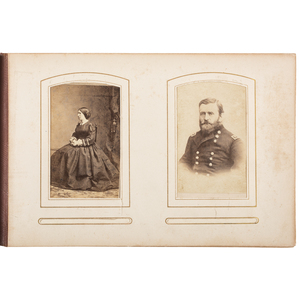 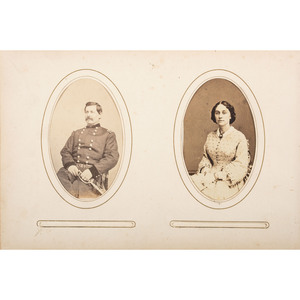 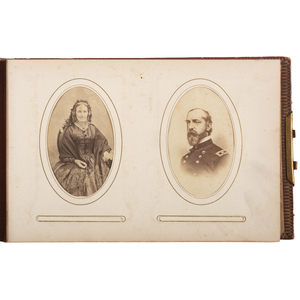 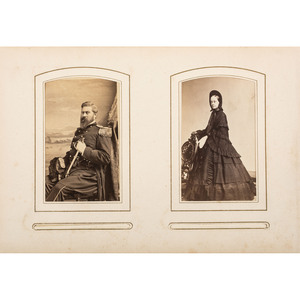 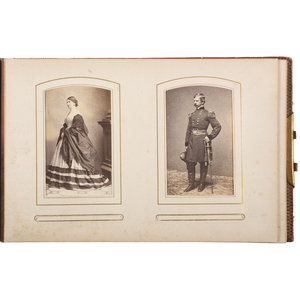 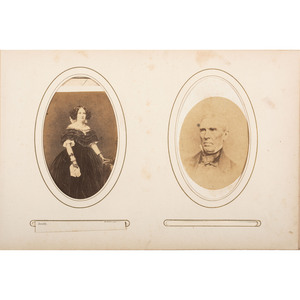 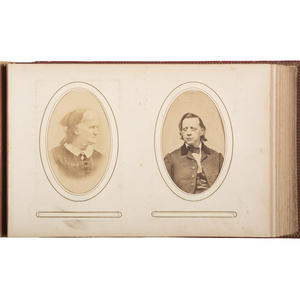 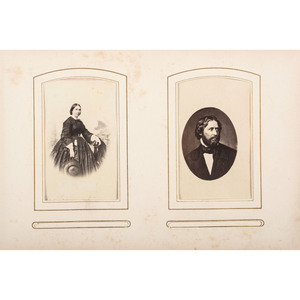 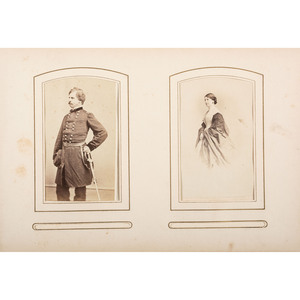 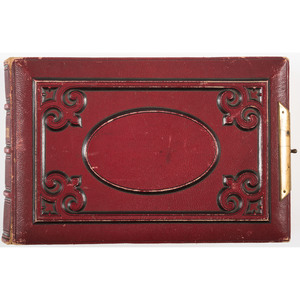 Union generals include Nathaniel P. Banks (2), John Charles Frémont (2), William Montrose Graham, Ulysses S. Grant (2), George B. McClellan, George Meade, and Henry Warner Slocum, all accompanied by portraits of their wives. Several with penciled identification, dates, or other inscriptions on verso, including the Graham portrait, dated 1865 with a partial three-cent revenue stamp and inscribed “For Mary,” his wife. Generals appear either standing or seated in uniform, may posed with swords. Also with a CDV of a young boy identified as “Sammy L. Slocum.”

Pages with overall toning and scattered spotting. Some tears to mounts, with some staining at binding of first page. CDVs generally with toning and spotting; one Adams portrait with surface blemishes, and soiling to Crittenden portrait. CDVs with bumps to edges and corners.