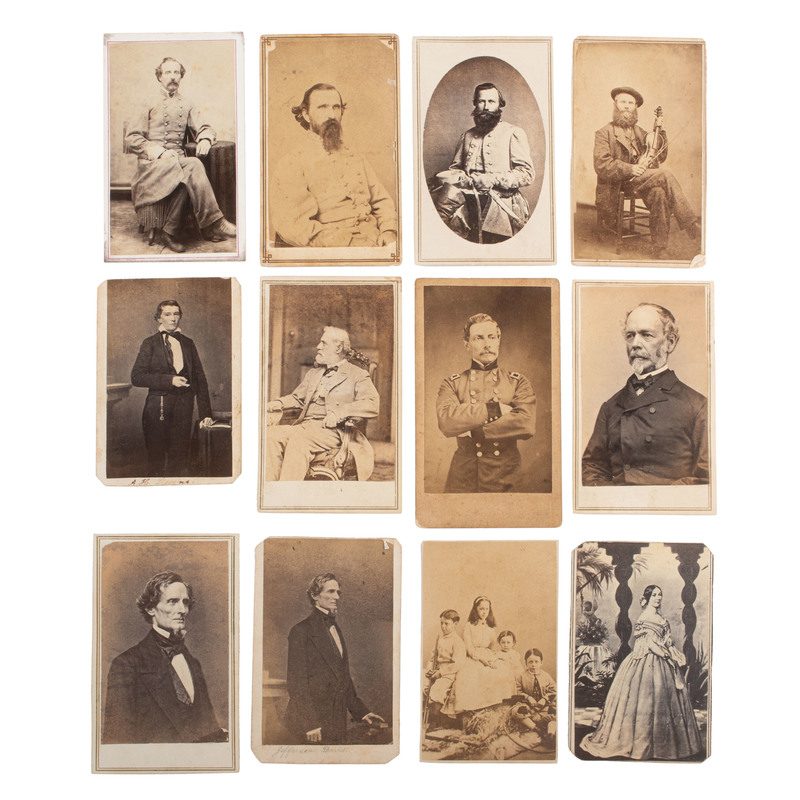 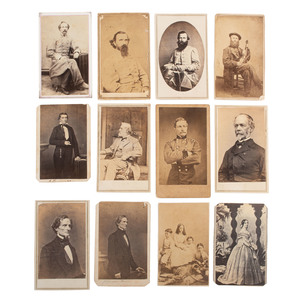 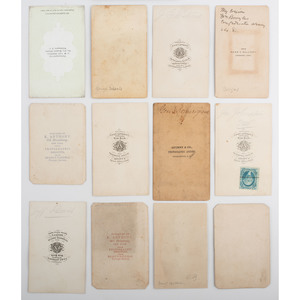 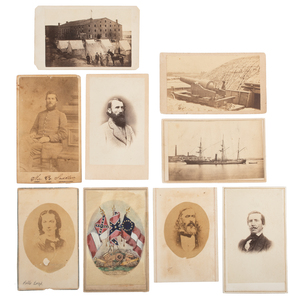 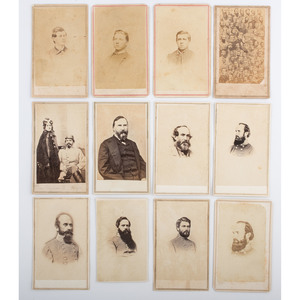 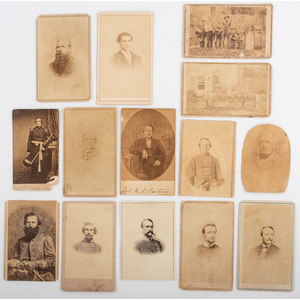 The album contains 12 CDVs of soldiers, of which 4 are tentatively identified (some not located in HDS): Frank Brower, possibly of the 20th LA Infantry; a view of a bearded man holding a violin and bow, identified as William Broyles on verso, with credit to Keen's Gallery, Jonesboro, TN, suggesting that Broyles may have served with a Tennessee regiment; R. Sadler, with Quinby & Co., Charleston backmark. HDS lists an "R. Sadler" who served with Co. K, 5th SC State Line Infantry; Colonel F.S. Barton, possibly from Georgia based on the Augusta backmark; and 3 uniformed young men pencil identified as possible Washington Light Infantrymen.

Additional images of note include a view of the Charlestown Navy Yard in Massachusetts; Libby Prison, with tents set up outside the building, identified on verso as "Sanitary Fair, June 27, 1864"; image of a soldier standing beside a large cannon; and outdoor views of rural folks, one group posed near or inside a horse-drawn wagon.

Range in condition from fair to very good. Most in very good condition. Some with small chips in prints. Corner/edge wear to mounts, including some clipped corners.