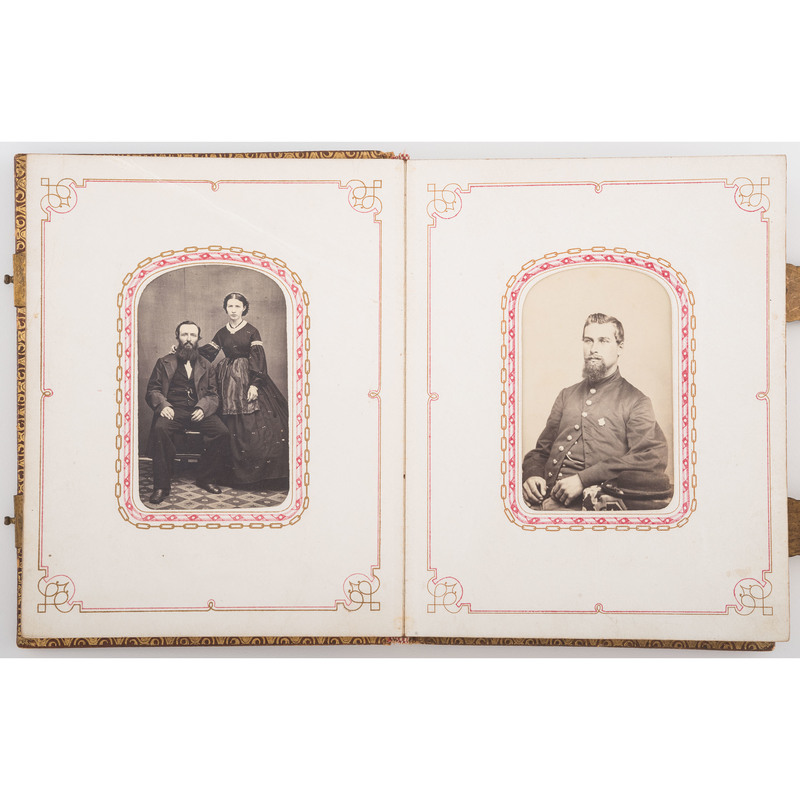 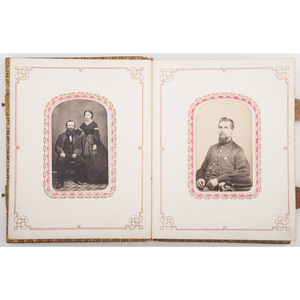 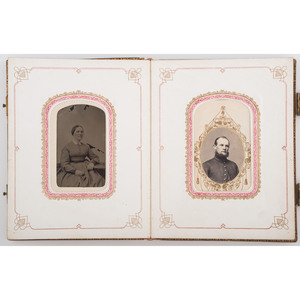 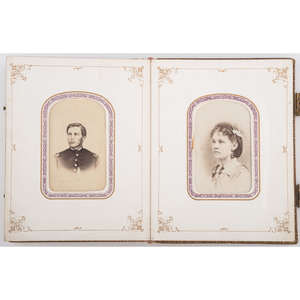 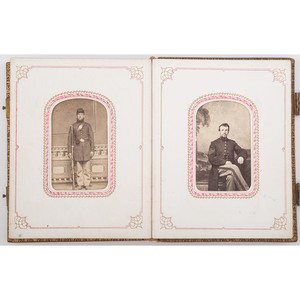 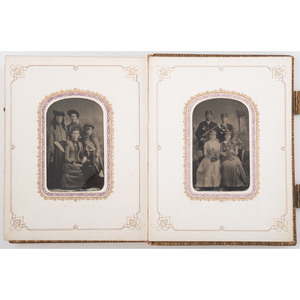 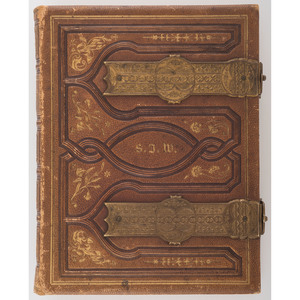 Leather album produced by Leavitt & Allen, New York, 5.25 x 6.75 in., with gilt initials "S.J.W." on the cover, containing 30 CDVs and CDV-sized tintypes, most of unidentified men, women, and children, with imprints of photographers operating studios in Maine, Massachusetts, and Pennsylvania.

The album features 5 CDVs of soldiers in uniform, with at least 2 of the soldiers identified, including: Shoulder-length portrait of Orin C. Tiffany, as identified on mount verso, with imprint of Brown, Easton, PA. A second CDV featuring a full-standing view of who appears to also be Tiffany (although subject is unidentified) armed with a rifle bayonet is also included. Tiffany enlisted as a private at the age of 21 and was mustered into Co. G of the 187th PA Infantry in April 1864, but was killed two months later on June 18, 1864 at Petersburg, VA.

Shoulder-length portrait of a young captain lightly signed in pencil below portrait, "Your Friend, J. Howley." HDS lists a James Howley from Scranton, PA, who enlisted as a sergeant in April 1861 and mustered into Co. E of the 8th PA Infantry, mustering out in July 1861 at Harrisburg, PA. No further records are available, so this identification cannot be confirmed.

Additional military cartes include a portrait of a bearded soldier wearing a IX Corps, 1st Division badge, seated beside a table upon which his military cap rests, with blindstamp of M.G. Trask, Bangor, ME; and an uncredited view of a first sergeant seated in a studio setting.

Other highlights include a tintype of a four-piece band comprised of two men and two women, each holding a brass instrument; a tintype of four young women, one wearing a white sash; and a tintype of two precocious looking young boys, possibly twins.