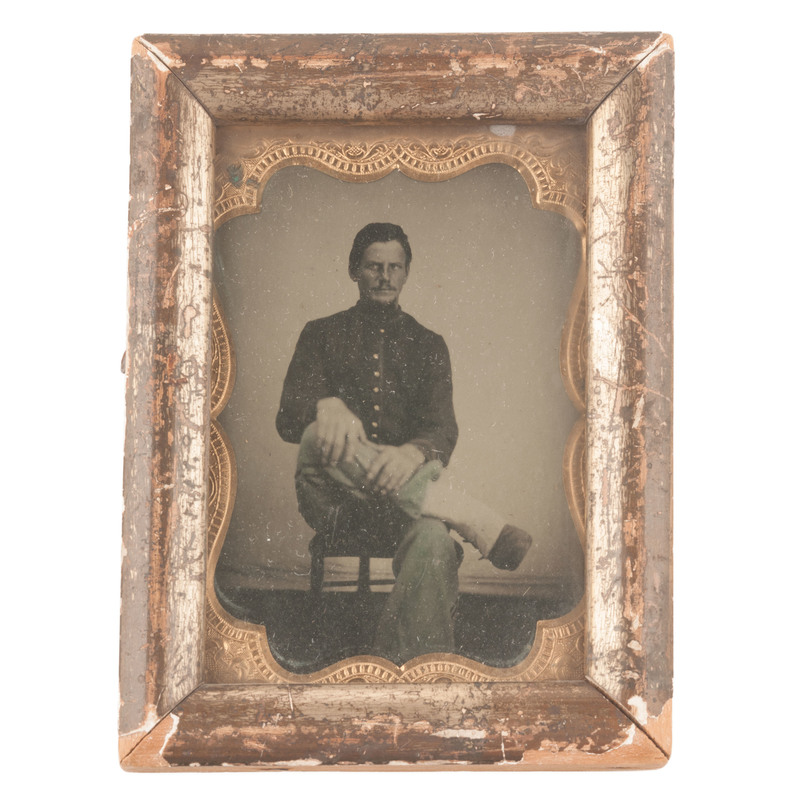 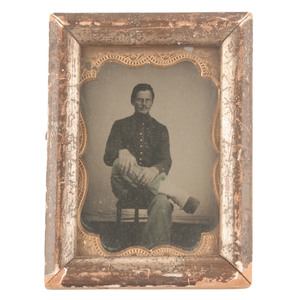 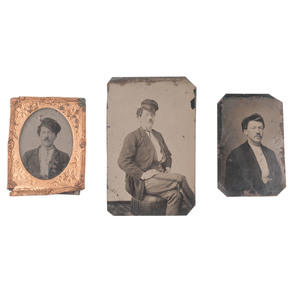 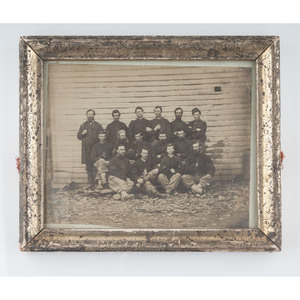 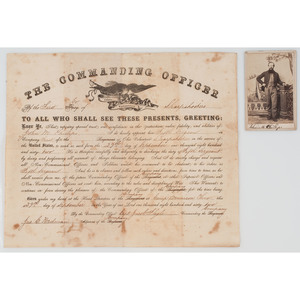 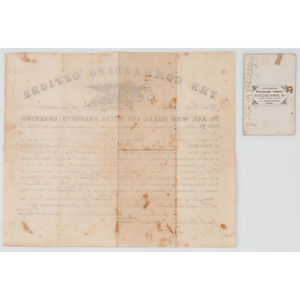 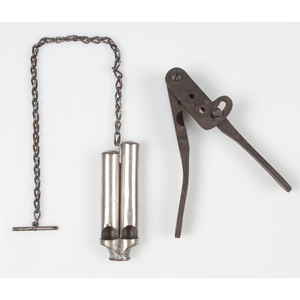 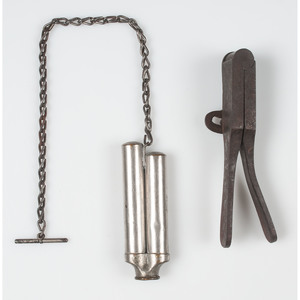 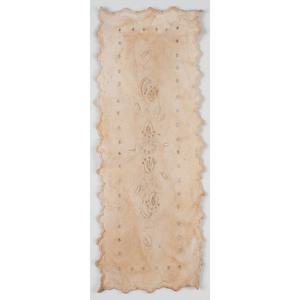 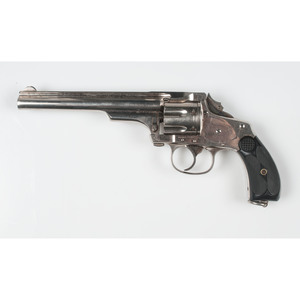 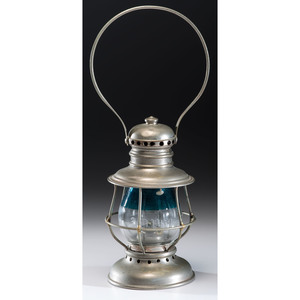 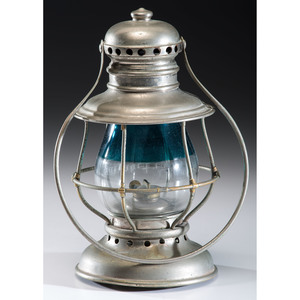 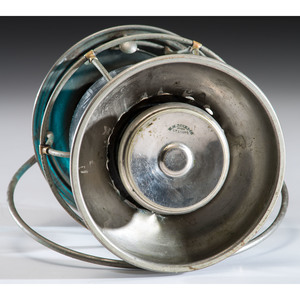 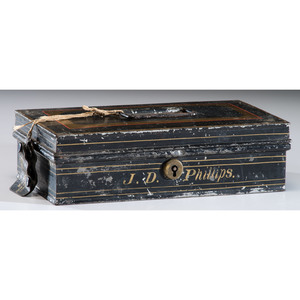 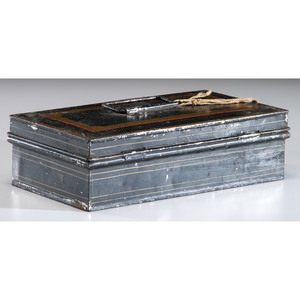 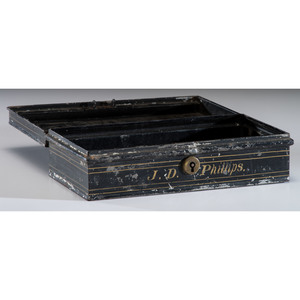 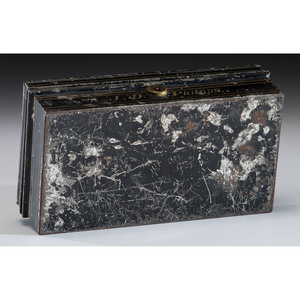 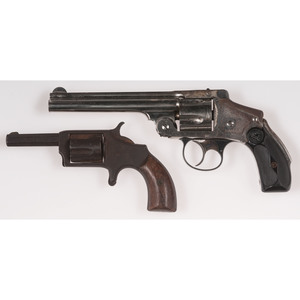 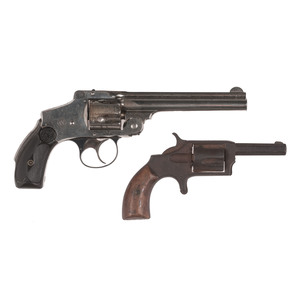 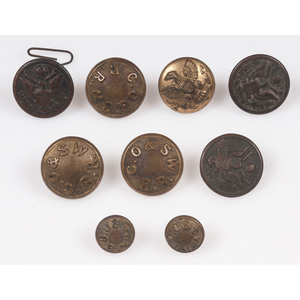 Archive comprised of 3 revolvers, tintypes, other photos and artifacts.

Photograph of a man in Civil War uniform, with pants tinted light blue. The back indicates "Uncle Jason Phillips." There is a second image of a group of noncoms, one of whom may be Phillips. Somewhat unusually, the men in both photographs wear light pants with double narrow stripes down the sides, but the frock coats that are visible seem to have sergeants' stripes. Generally, narrow stripes were for corporals, wider single stripes for sergeants. These men also all (visible) wear gaiters.

There are two 9th plate tintypes (one in a mat), and one sixth plate tintype of the same person. There is also a larger photo, which appears to be a boudoir card, with oval mat and frame of the same person later in life. A Civil War era CDV shows a man with tent on the backdrop, John M. Phillips written in lower margin. Verso with Nashville, TN photographic gallery identification. This could be the same individual as in the tintypes.

There is an appointment for Ohio Volunteers for the first Co. of Sharpshooters, for John M. Phillips, 5th Sergeant 29 Sept. 1862. Later we find both men enrolled in the 34th Ohio Volunteer Infantry.

In addition, there is a railroad lantern with J.D. Phillips etched on the glass, the top of which is blue and the bottom clear. On bottom: M.M. Tuck & Co., St. Louis.

A box of buttons contains: 3 dome-topped, 3/4 in. diameter, with C.O & SW R.R.; on verso is "John Wanamaker & Co. Phila." There are two smaller buttons, 1/2 in. diameter with the same RR markings, verso with "P. Schuckmann / Charleston." One domed button with a US eagle; verso with "Scoville M'fg. Co. / Waterbury." And three flat buttons with US eagle, "Newark Button Co." on verso. The latter at least are later (than Civil War) uniform style.

Another item in this lot is a double whistle on a chain.

Plus a mold for two larger caliber bullets, no mfg. markings (Remington?).

And a box typical of those that hold shoulder straps or epaulets, but could also be for gloves, etc. Side with "J.D. Phillips" in gilt paint.

Although we could not find any records for him, some of these items suggest that one of the Phillipses worked for the railroad likely after the war. One of the tintypes shows a man wearing a jacket and hat reminiscent of railroad uniforms. We also could not locate family records, but these gentlemen seem to be related to Stephen Phillips (see lot 174).

3) Fine. Retains most of the nickel finish, as well as nice color on the hammer and trigger. Mechanically functional, clear markings, good bore with some scattered pitting, fine grips.

Paper with some folds and foxing. Generally good.