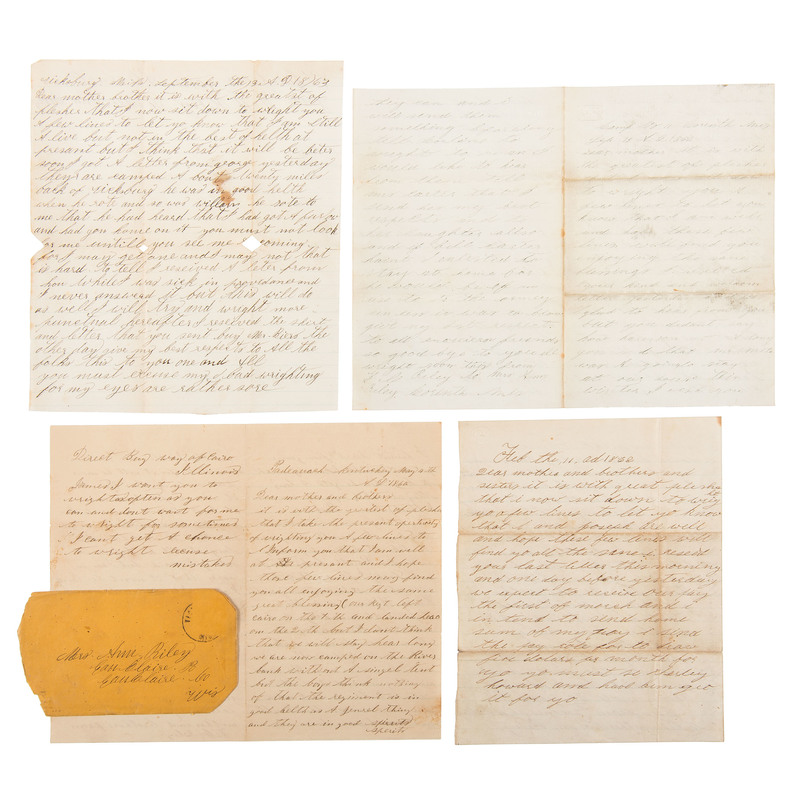 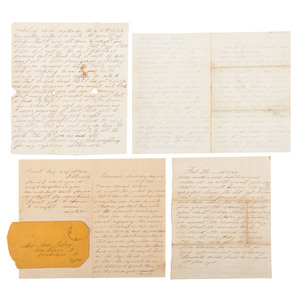 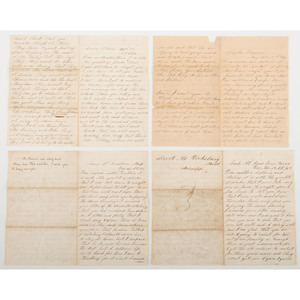 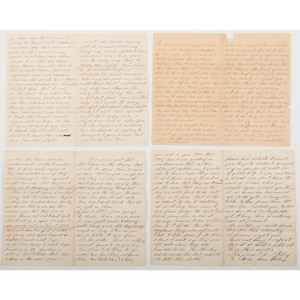 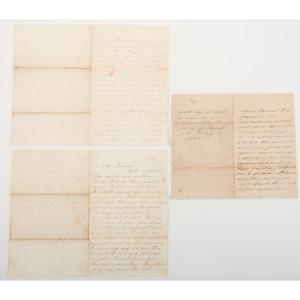 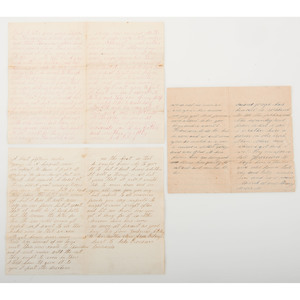 Lot of 11 letters from Corporal Zachariah C. Riley, Company G, 16th Wisconsin Infantry, written to his mother and brothers at home in Eau Claire, Wisconsin, dating from January 1862 to May 1864.

In December of 1861, Zachariah Riley enlisted as a corporal and was mustered into Company G of the 16th Wisconsin Infantry. The correspondence offered here begins within a month following his enlistment. On January 28, 1862, Riley writes to his mother from Camp Randal, WI. He states that he is well. “We have good times here plenty to eat and not much to do.” He notes that he plans to buy a farm when he gets back. He says “Tell Harison to buy him a farm and settle down.”

In early February 1862, Riley writes to his brothers and sisters, telling them that he intends to send home some of his pay. He again states, “We have plenty to eat and not much to do.”

From Lake Providence, LA, Riley tells his mother he expects to “have a fight at Vicksburg before long...a great many troops gon down the river but we can’t tell when the batel will come off but I hope it will come off in our favor.”

From camp in Corinth, MS, Riley informs his mother that he stands guard duty every three days. “The boys stand it well without grumbling,” he said.

Corporal Riley tells his mother that he’s happy that she does not live where the war is active. He says “Poor folks has hard times down here.” He notes that his camp is on the Mississippi River 60 miles from Vicksburg.

Riley admits to his brother...“Am glad that you are not going to enlist for two out of one family is enough. There is great inducements for to get the old soldiers to enlist for 3 years more but they won’t get me again.” The corporal has a low opinion of officers. He writes, “There is some of them that is good enough but they are very scarce at least I haven’t seen many of them that care for anything but money.”

Riley writes negatively from his camp in Cairo, IL, April 23, 1864. “It is the mudiest place I ever saw…” He explains that some soldiers believe they will be going to Huntsville, AL and some say they are going to the Eastern Army. He notes,...I don’t care where we go so long as we leave here before long.”

From Clifton, TN, in May of 1864, Riley tells his mother and brothers, “It looks rather hard to have to fight the same ground over again that we took from the rebels two years ago. Clifton is but thirty five miles from the batel field of Shilo...The rebels are in Corinth again.” Yet again, he recommends to his brother, “James you must not think of enlisting for two out of one family is enough. You had better stay at home and go to school.” Within two months after writing this letter, Riley lost his life on July 22, 1864. He was one of 123 men killed and wounded from the 16th WI in the battles before Atlanta.