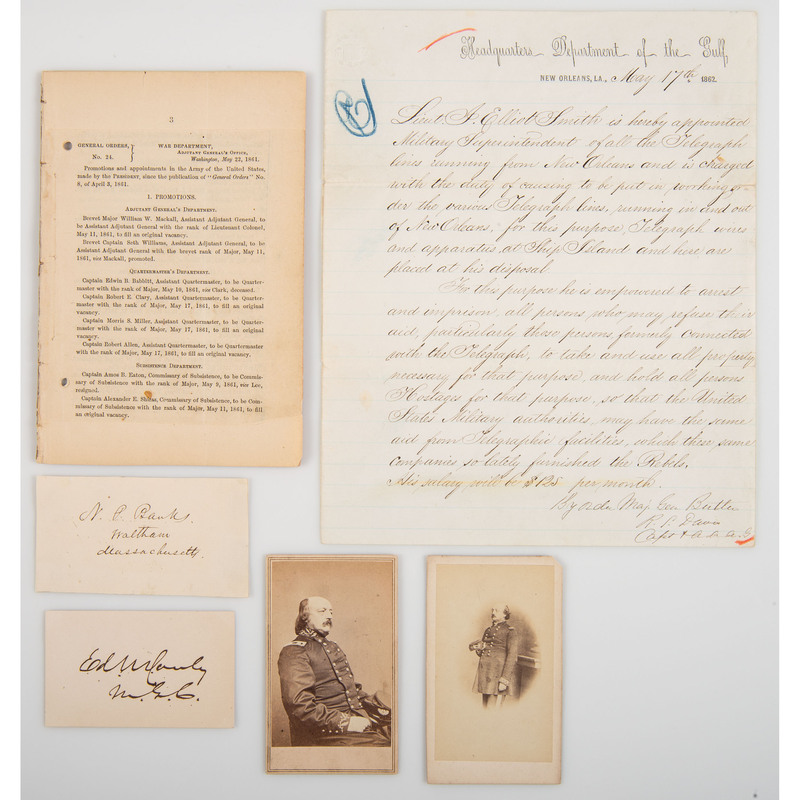 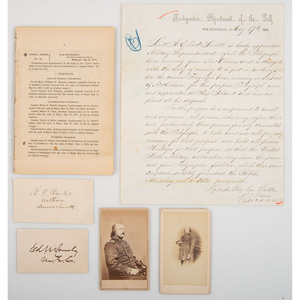 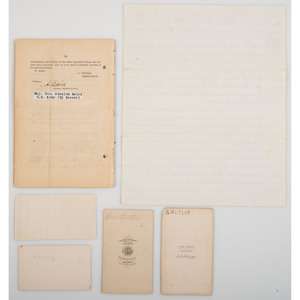 [CIVIL WAR]. A group of 6 items identified to Union commanders of New Orleans.

BUTLER, Benjamin (1818-1893). Maj. Genl., Rep. to House from MA (1867-1879), Governor of MA (1883-1884). Headquarters Department of the Gulf, New Orleans, 17 May 1862. Manuscript appointment of Lieut. J. Elliot Smith as Military Superintendent of all telegraph lines running from New Orleans. Signed by Butler's A.A.A.G., R.P. Davis. Plus two cdvs, one with E & H.T. Anthony, New York, the other John Clarck (London?). Butler was so disliked by New Orleans residents, in part for his treatment of Southern womanhood, that even today, many residents still despise him.

BANKS, Nathaniel P. (1816-1894). Signed card, 2 x 3.75 in. Banks replaced Butler as commander of the Department of the Gulf, but he was as bad a military man as Butler, failing to support Grant at Vicksburg, mishandling the siege of Port Hudson, and failing to take West Texas in the Red River Campaign.

CANBY, Edward Richard Sprigg (1817-1873), Maj. Genl. Signed card, 2 x 3.5 in. He followed Baird commanding the Department of the Gulf. Canby would become an Indian fighter after the Civil War, sent to California to fight the Modocs. He would become the only general killed during the Indian Wars, shot twice by Captain Jack, Chief of the Modocs.