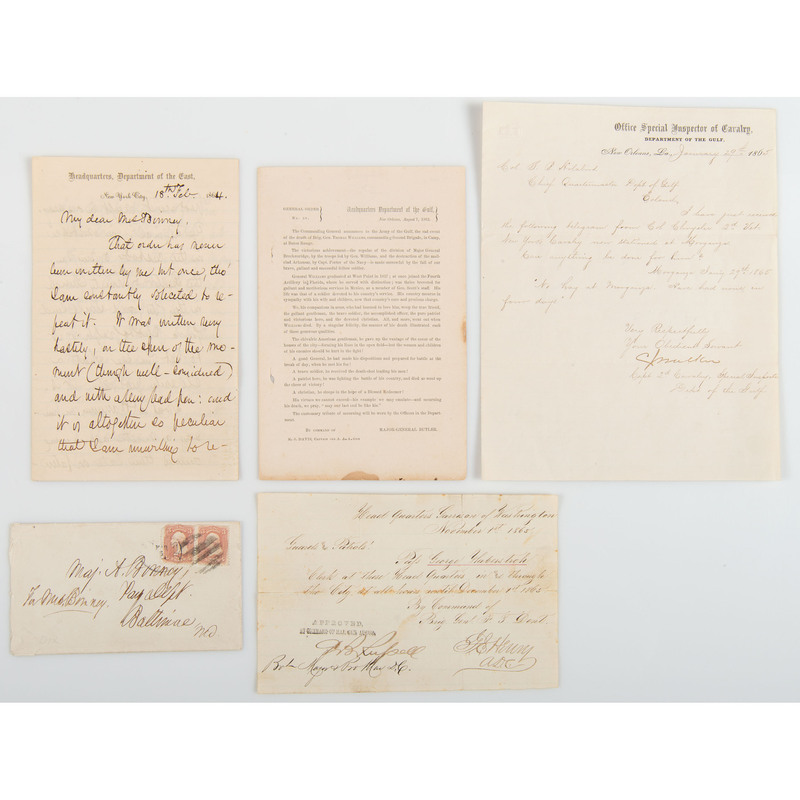 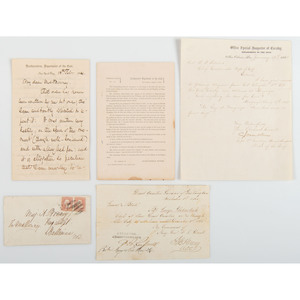 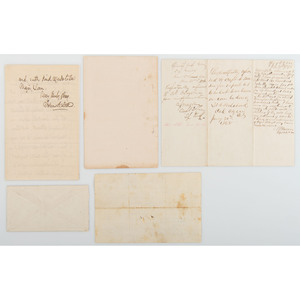 [CIVIL WAR]. A group of 4 items identified to Union commanders in New Orleans.

DIX, John A. (1798-1879) ALS to the wife of Maj. A. Pinney. New York City, 18 Feb. 1864. On Headquarters, Department of the East letterhead, 4pp. She apparently questioned him about a quote attributed to him initially in the New York Herald. When told that the  captain of one of the Revenue cutters was refusing to bring his ship north as ordered by Dix, the captain apparently being a Southern sympathizer, Dix was quoted as writing to the next in command: "Shoot him down on the spot." He writes to Mrs. Pinney: "That order has never been written by me but once, tho' I am constantly solicited to repeat it. It was written very hastily, on the spur of the moment (though well-considered) and with a very bad pen..." With cover. A third page, dated 20 Feb. 1864, is also present, also signed by Dix.

General Order No. 56, Headquarters Department of the gulf, New Orleans, August, 1862, printed. Announcing the death of General Thomas Williams, commanding the Second Brigade, mortally wounded at the Battle of Baton Rouge on August 5. By order of General Butler.