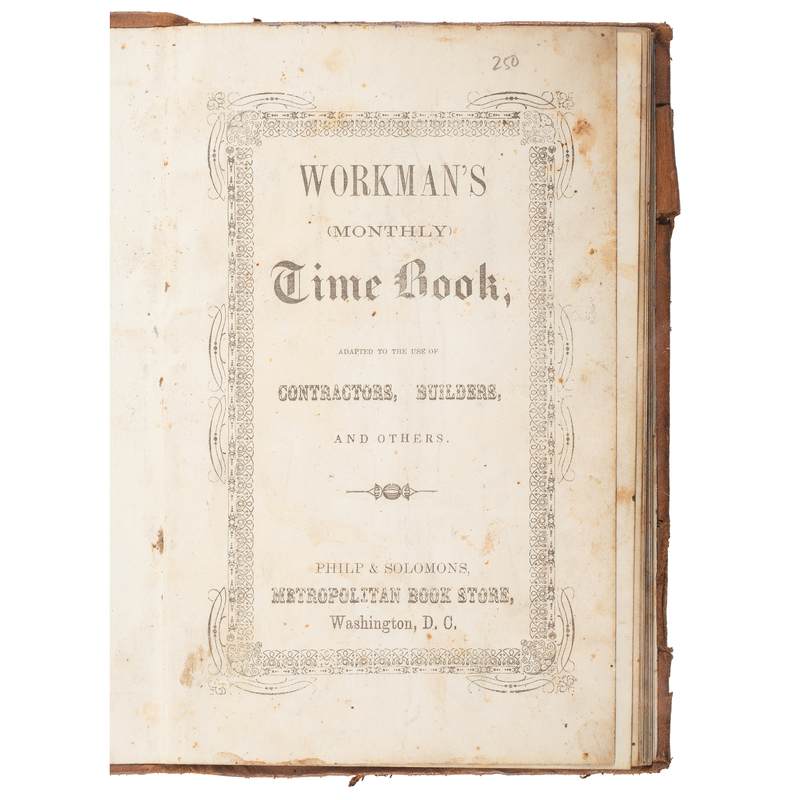 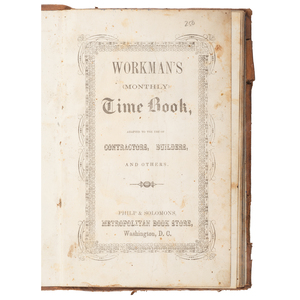 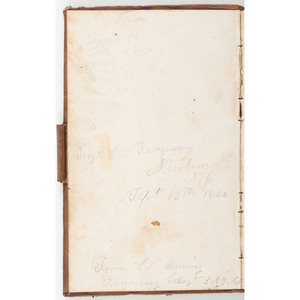 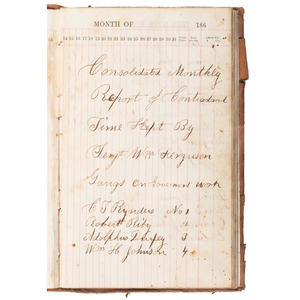 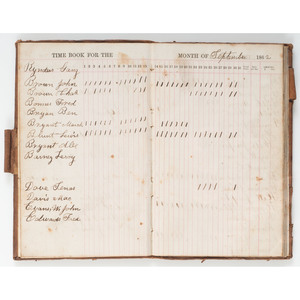 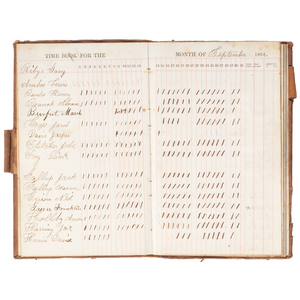 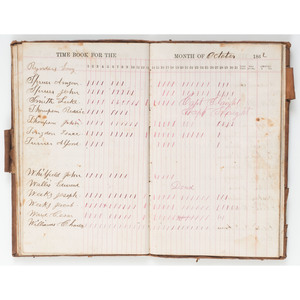 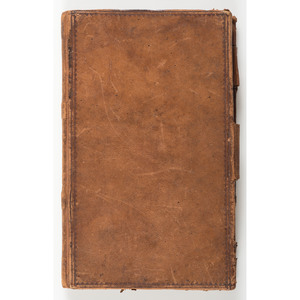 Ferguson has organized the “contraband” men for whom he was responsible alphabetically by last name, under the heading of each of five “Gangs” belonging to Adolphus Durfey, William H. Johnson, Robert Riby, C.F. Rynders, and John Tearney. These men, as well as Ferguson and Manning, were all members of the 3rd New York Light Artillery and had enlisted in the spring of 1861 in upstate New York. Ferguson (alternately spelled “Furguson” in some records) mustered in as a corporal with Co. A, 19th New York Infantry at the age of 24. He was transferred to Battery A, 3rd New York Light Artillery on December 11, 1861 and appointed sergeant on July 1, 1862. Similarly, Durfey (listed in the New York Adjutant-General’s register as Rodolphus H. Durphey or Durfee), also mustered into the 19th New York Infantry before his transfer in December. Charles F. Rynders, John Tearney (or Tierney), William H. Johnson, and Edward C. Manning were all originally assigned to the 3rd Artillery.

On March 27, 1862, the regiment was assigned to the command of General Ambrose Burnside, who had led a powerful campaign up North Carolina’s Neuse River, with the intention of capturing New Bern. The second largest town in the state, New Bern was of great strategic importance to the Union Army because of its coastal position and proximity to the Atlantic and North Carolina Railroad, both of which would prove useful in launching future attacks against the Confederacy. The 3rd New York Light Artillery arrived on April 2 and was stationed there until January 1863, attached to the Department of North Carolina. Some batteries participated in expeditions to Weldon, Goldsboro, Kinston, and Whitehall, while others served as artillery units at some of the recently erected Federal forts, including Fort Rowan and Fort Totten.

Following Union capture, the landscape of New Bern changed dramatically: trenches were dug from the Neuse to the Trent River, with a fort in the center and at each end. At least ten forts were built in total, as well as numerous camps and a blockhouse. Thusly fortified, New Bern became the largest Federal stronghold in eastern North Carolina. “Contraband” construction labor made a significant contribution to this effort. Escaped slaves were classified as “contraband of war” beginning in August 1861, when Congress determined that the Union was no longer obligated to return them to the Confederacy and could claim them instead as captured enemy property. As Union troops began to infiltrate the South, more slaves fled to their lines and established “contraband camps” on the outskirts of Union encampments. Here, they had the opportunity to work for wages (as well as rations and clothing) and receive formal education from Northern missionaries. These fugitive slaves performed a wide range of non-military tasks, working as cooks, butchers, orderlies, boatmen, and builders. Because the Union had no codified policies regarding the management of “contraband,” it was left to individual commanders to make decisions.

As early as 1861, Union generals in North Carolina elected to keep all “contraband,” in order to deprive the South of its slave labor. Six camps were established to house former slaves in North Carolina, located at Beaufort, New Bern, Plymouth, Roanoke Island, and Washington. The camp at New Bern became the largest, with 8,591 residents, almost half the 17,419 total “contraband” in the state. From this perspective, Ferguson recorded the time of a relatively small contingent, approximately 200 “contraband” laborers per month. In the log book, Ferguson makes notes on several occasions, noting those men who were sick, deceased, runaways, detailed by other officers, or transferred to Roanoke Island, another “contraband camp.” As was common, many of these men enlisted in the United States Colored Troops when recruitment started in 1863, including Mack Davis, Lewis Harris, Ezekiel Hargett, Isaac Hargett, Peter Niel, Caesar Oden, Clayburn Oden, Starkey Oden, Abel Simmons, and William Tillet. Ferguson would have presumably returned this book to Regimental Commissary Sergeant Manning or the Quartermaster so that the “contraband” could receive compensation for their time.

Some pages with foxing, staining, and minor tearing.