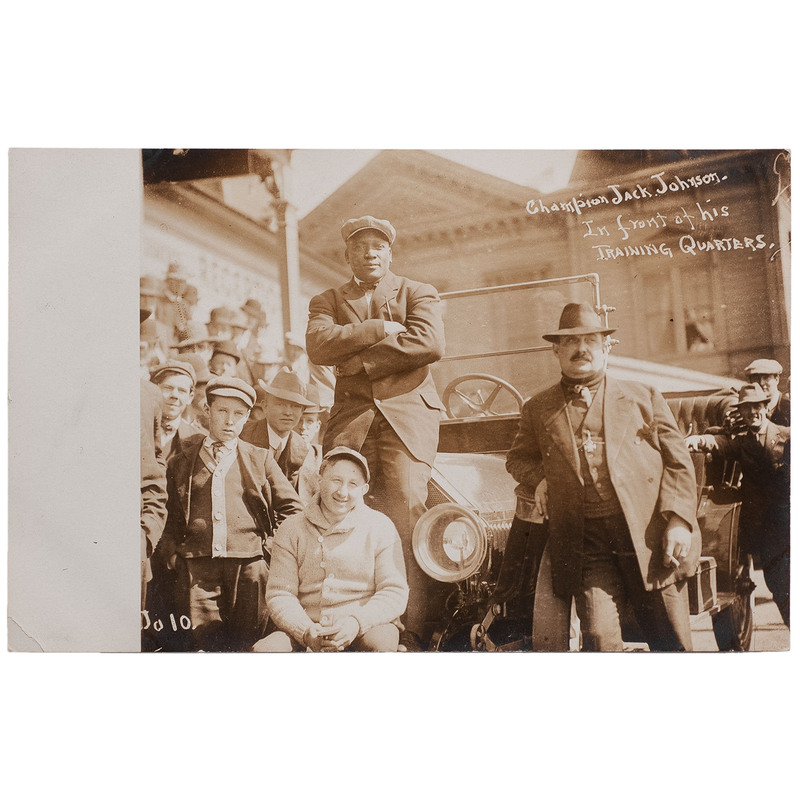 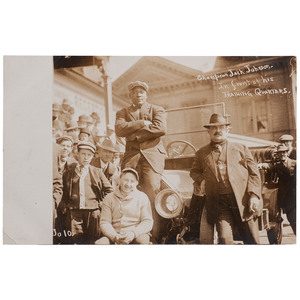 Real photo postcard showing a confident Jack Johnson with his retinue. 5.5 x 3.5 in. Captioned in negative: "Champion Jack Johnson. In front of his Training Quarters" alongside an apparent date "Ju 10" in the lower left. Postally unused. N.p.: [Reno, Nevada], 1910. Johnson, a known racing aficionado and car enthusiast, stands on the front of a fine contemporary convertible, crossing his harms, and looking confidently at the photographer. A host of trainers, cornermen, and others in Johnson's training camp.