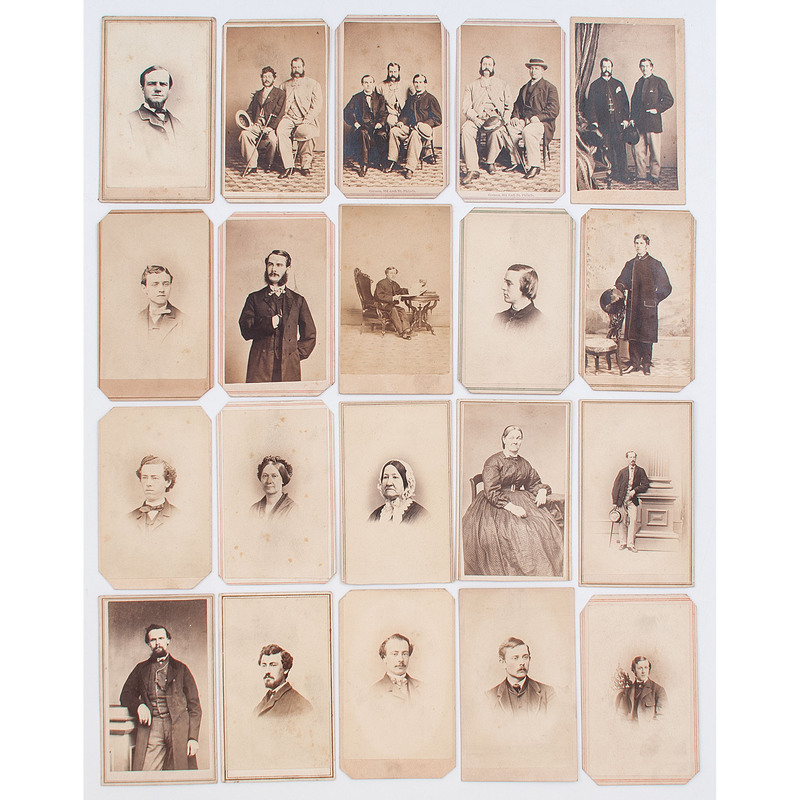 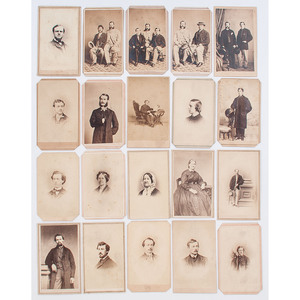 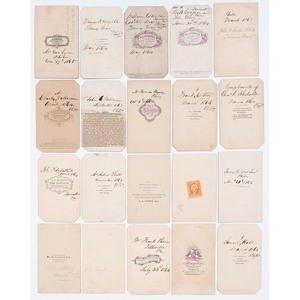 Group of 20 CDVs, most depicting men and identified in period ink on verso.

Some of the subjects may have served together in the Civil War, others may be neighbors. The group resembles a family CDV album, containing views of former servicemen, community members, and extended family. All of these individuals who are identified are noted as being from somewhere in Pennsylvania.

Of the women, only Mrs. Andrew Scott, Phila., Dec. 1863 is ID'd. The other two women and one man are not identified. Many of these men served in the Civil War (Thomas Coryell was a captain in the 214th PA Infy.; John Chester White served in 17th PA, 21st PA, then transferred to the regular army, first the 11th Infantry, then the 10th Infantry. He continued service after the war, retiring in 1883. Frank Cotter - 20th PA; Frank Parvin 6th PA; there are too many Myers, Grays, Coopers, Fitzpatricks, etc. to identify, but these guys are likely among them.) On the back of John Gallagher's CDV is a newspaper clipping about his appointment to Rio de Janiero.

Generally good. About half have clipped corners (again, common in albums).