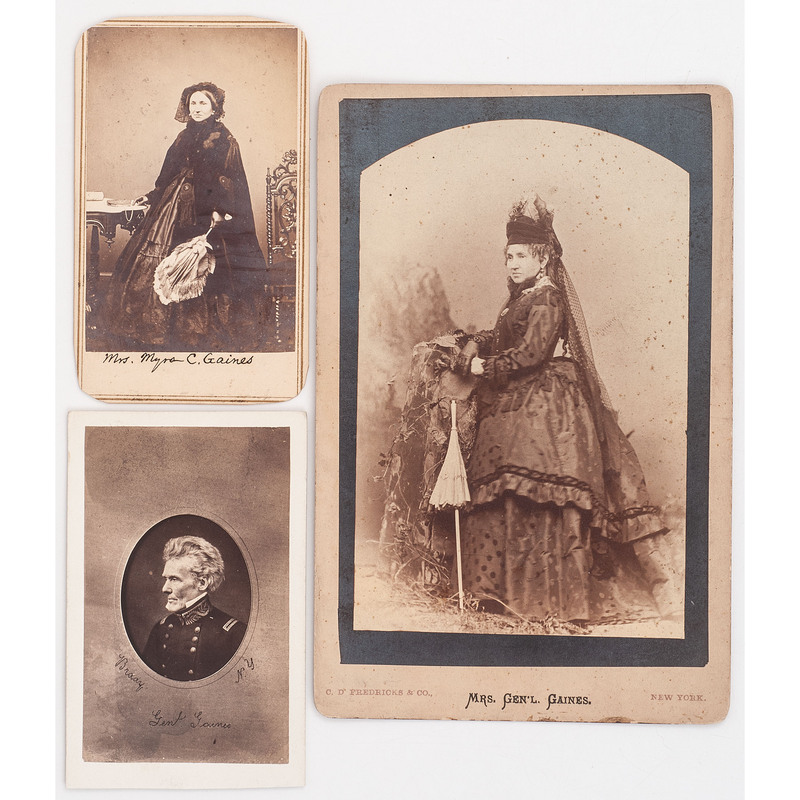 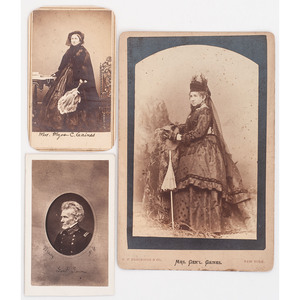 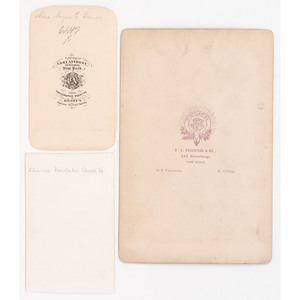 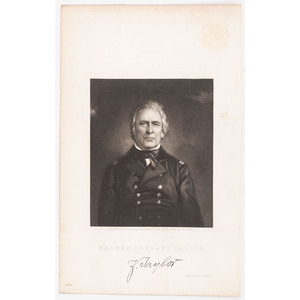 CDVs and Cabinet Card of General Edmund P. Gaines and his Wife Myra Clark Gaines, Plus

During the early 19th Century, Edmund Gaines surveyed routes and boundaries in the Mississippi Territory including parts of the Natchez Trace. In 1807, Gaines was the commandant of Fort Stoddard. During this time, he arrested Aaron Burr and testified at his trial. Gaines also surveyed the route that would become the portion of the Gaines Trace from the Tennessee River to Cotton Gin Port, Mississippi. He afterwards took a leave of absence from the army to practice law. The War of 1812 brought Gaines back to the army and he was appointed major of the 8th US Infantry and in July, 1812, and was made a lieutenant colonel in the 24th US Infantry with distinction at the Battle of Chrysler's Farm. He became adjutant general and was with General William Henry Harrison's army at the Battle of the Thames. He was promoted brigadier general of regulars on March 9, 1814 and commanded the post at Fort Erie after the US capture. General Jacob Brown was wounded at the Battle of Lundy's Lane and when the US Army of the Niagara returned to the fort, command was passed to Gaines. At the Siege of Fort Erie, Gaines was in command of the fortifications on August 15, 1814, when a British assault was bloodily repulsed. For this victory, the First Battle of Fort Erie - Gaines was awarded the Thanks of Congress, an Act of Congress Gold Medal (outranking a Congressional Medal of Honor, according to the Smithsonian), and a brevet promotion to major general. General Gaines was seriously wounded by artillery fire and General Brown, having recovered, returned to command. Gaines' wound ended his active field career for the rest of the war, and he was given command of the Military District Number 6.

Gaines married Myra Clark Gaines, the illegitimate daughter of Daniel Clark (1766-1813), who was engaged in land speculation and banking in Mississippi and Louisiana territories and amassed huge wealth. His daughter, Myra Clark, conducted the longest court case in US history in the mid to late 19th century against the City of New Orleans trying to regain her inheritance she felt due through her father Daniel Clark.