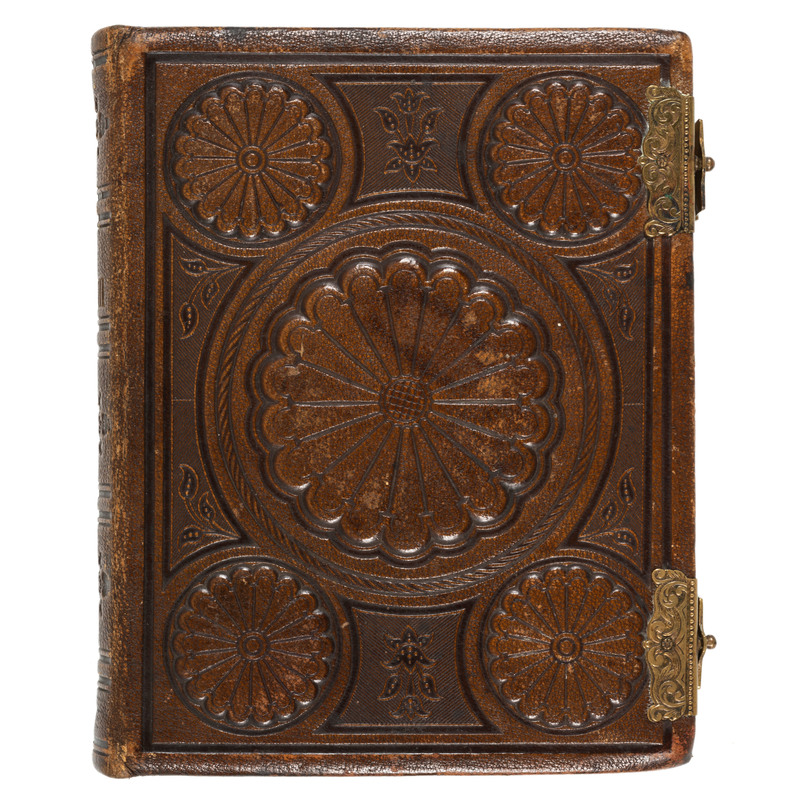 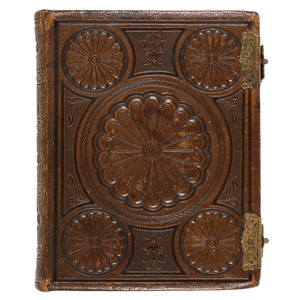 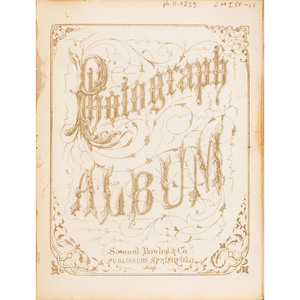 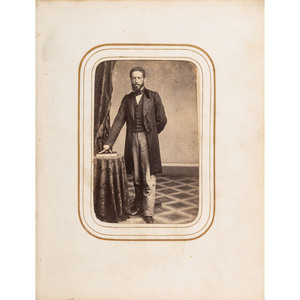 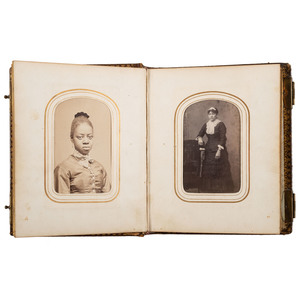 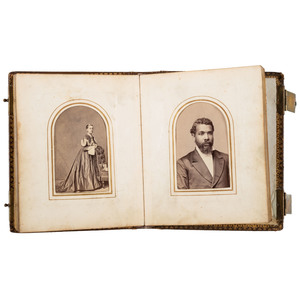 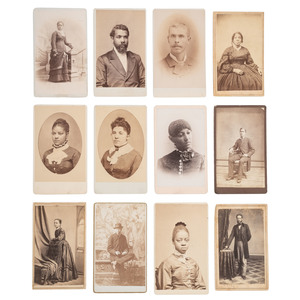 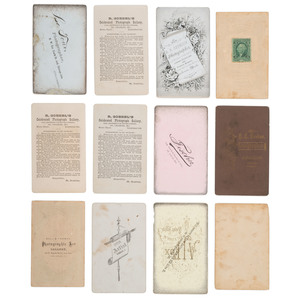 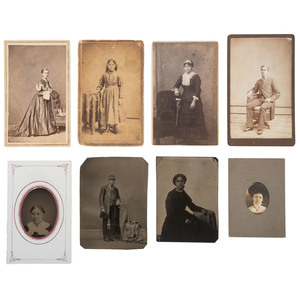 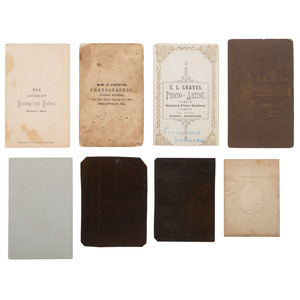 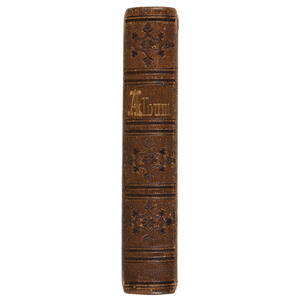 Leather album, 4.75 x 6 in., containing 20 photographic images, including 16 CDVs and 4 tintypes, some of which are paper-mounted. Portraits show African American men and women of various ages, either standing or seated in interior spaces, ca 1870.

Two photographs credited to renowned African American photographer J.P. Ball, the first featuring a commanding gentleman who stands beside a table with his hand resting on a book and the second presenting woman with stooped shoulders leaning against an upholstered chair. Other images of note include a portrait of a young man with a walking stick tucked under his arm, posed before a wooded studio backdrop, taken by Upton, Oberlin, Ohio; two identical photographs of the same seated gentleman wearing a prominent pocket watch, with backmark of Dunham, Oberlin, Ohio; and a full-length portrait by E.L. Graves, Albion, Michigan of a young lady identified on verso as Eunice Mills Wetherbee.

Some with toning/spotting. Most mounts with corner/edge wear. Some with clipped corners. Ryder carte with three-cent revenue stamp affixed on verso.