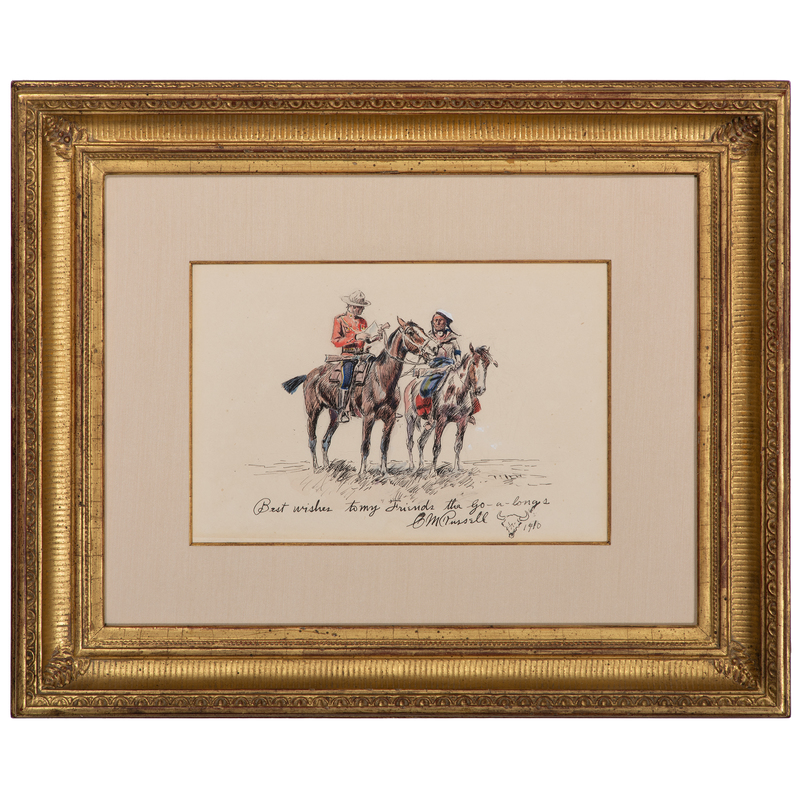 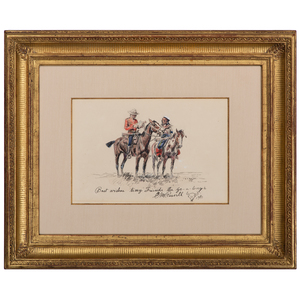 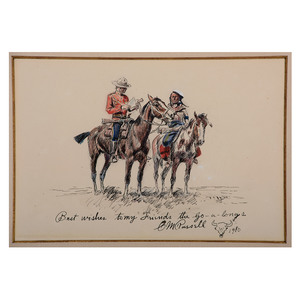 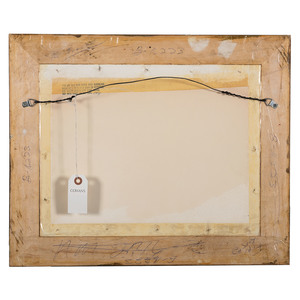 C. M. Russell (American, 1864-1926) Pen and Ink with Watercolor on Paper, From the James B. Scoville Collection

Over the course of his long career, Russell depicted subjects from the Royal Canadian Mounted Police many times.  Their well-advertised courage, and their colorful bright red attire undoubtedly appealed to his sense of drama; and having spent his life close to the Canadian border and wintered with the Bloods in that country, he was certainly familiar with their service.

It is thought that Russell's sentiments to "the Go-a-longs" refers to his friendship with Alexis (Lex) Godillot (1887-1948) a Canadian Mountie. According to a 1993 letter from the Force Historian, Dr. William Beahen, Godillot (Regimental Number 4947) was engaged in the Royal Canadian Mounted Police on September 21, 1909 at Regina, Saskatchewan. He was 23 years old and gave his next-of-kin as his father, John F. Godillot of Westport, Connecticut. He left the Mounties in 1911 in order to care for his ailing father. He last contacted the Mounties in 1924 and listed his residence as Westport

Included in the extensive collection file compiled by Scoville is a letter from noted Russell authority the late Frederic G. Renner, dated April 13, 1983 expressing the following:

To Whom It May Concern:

I have personally examined the watercolor and pen drawing of a Royal Canadian Mounted Policeman in conversation with a mounted Indian, both men with rifles across their saddles, the M.P. examining a paper, probably the Indian’s permission to be hunting off the reservation. Signed, “Best wishes to my friends the Go-a-longs C M Russell (skull) 1910,” size 8 x 11 inches.

In my judgement this drawing is unquestionably an original work by Charles Marion Russell.”