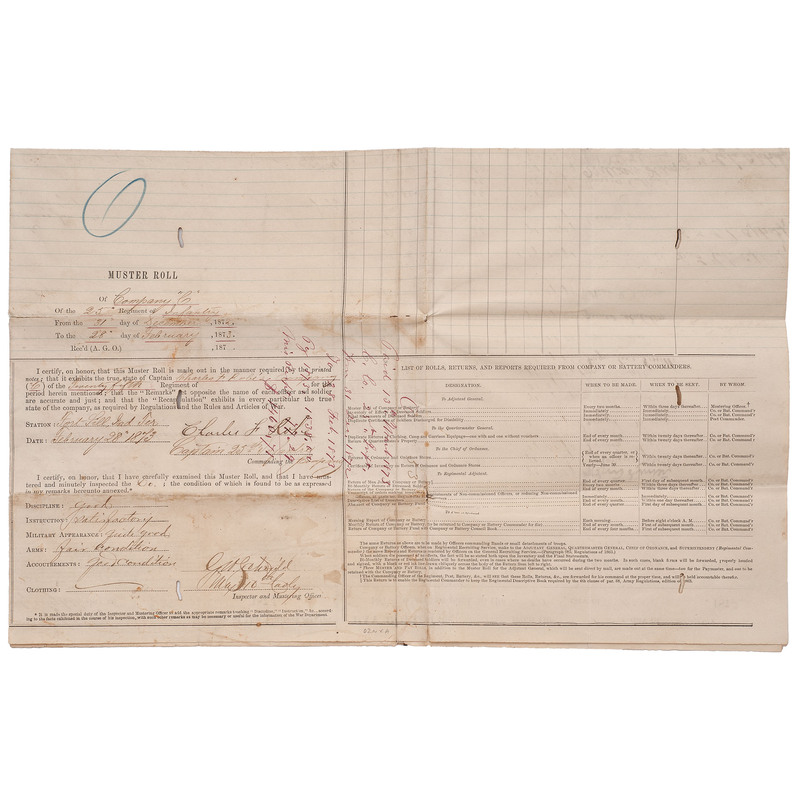 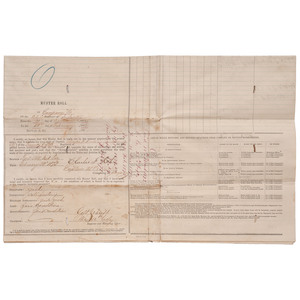 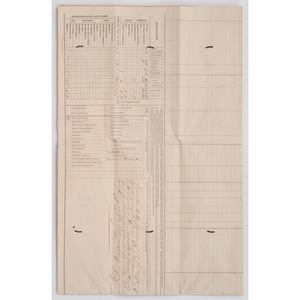 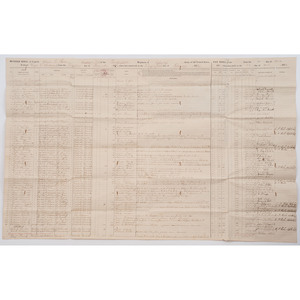 Muster roll lists officers including Captain Charles Robe and 1st lieutenant Jacob Paulus, 5 sergeants, 4 corporals, a wagoner, artificer, and trumpeter along with 45 privates and 2 recruits. One private is listed as “ceased to belong to the company” having deserted. Detailed listing includes dates and place of enlistment, with most of the privates having been recruited in New Orleans or Memphis. Also includes payroll with payments to troops for the period December 31, 1872, to February 28, 1873, with each soldier signing to acknowledge receipt of funds. A few soldiers have signed by mark with Captain Robe as witness. Includes notation that during the period the company had relocated to Fort Sill from Fort Gibson. Signed by Captain Charles Robe as officer commanding the company and by Major G.W. Schofield as inspecting Officer.

Jacob Paulus was born in Prussia and enlisted as a private in the 5th Pennsylvania Infantry on April 20, 1861. He was appointed sergeant of the 50th Pennsylvania Infantry on August 10, 1861, and served with the regiment for the whole of the Civil War seeing action at Second Bull Run, South Mountain Vicksburg, Wilderness, Spottsylvania, North Anna River, Cold Harbor and Petersburg. He was commissioned 2nd Lieutenant of the 50th on April 16, 1865, and promoted to captain June 18, 1865. He was commissioned as a 2nd lieutenant in the 2nd US Infantry on May 11, 1866, and transferred to the 27th US Infantry of September 21, 1866, and promoted to 1st Lieutenant on January 17, 1867. He was assigned to the 25th US Infantry on July 14, 1869 and promoted to captain August 19, 1873.

George W. Schofield was commissioned as 1st Lieutenant of the 1st Missouri Volunteer Artillery in October 1861 and promoted to Captain in September 1862. He was appointed lieutenant colonel of the 2nd Missouri Volunteer Artillery in March 1864, and was mustered out in November 1865, having been brevetted colonel and brigadier-general of Volunteers for “gallant and meritorious service” in campaigns in Georgia and Tennessee. He was also brevetted lieut. colonel for “gallant and meritorious service” at the Battle of Champion Hill, Mississippi, and brevetted colonel for “gallant and meritorious service” during the siege of Vicksburg. After the war, he was commissioned as major of the 41st US Infantry in July 1866 and transferred to the 10th US Cavalry in December 1870. He was subsequently appointed lieut. colonel of the 6th US Cavalry in December 1881. He died in 1882.