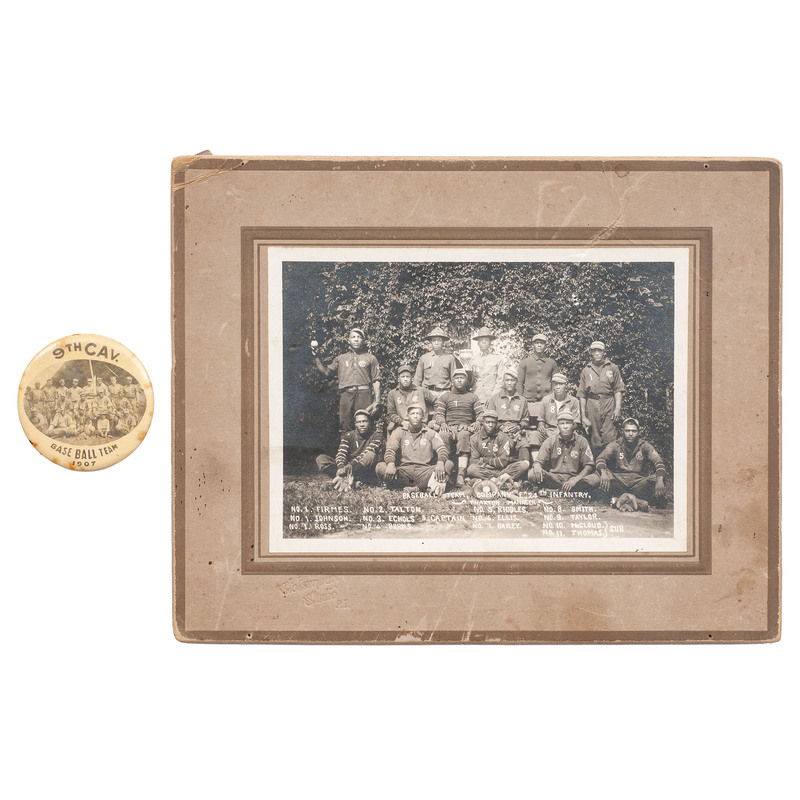 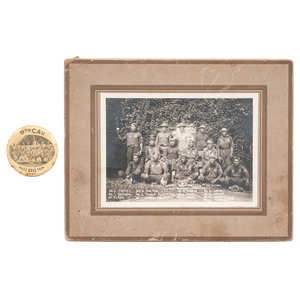 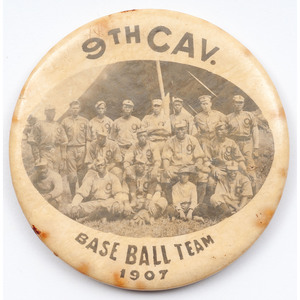 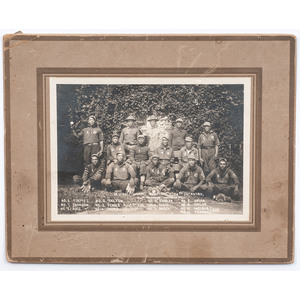 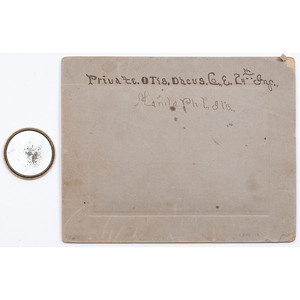 9th Cav. Base Ball Team 1907, souvenir mirror. Diam. 2.25 in. Features a photograph of the team wearing baseball uniforms with a "9" emblazoned on the chest. In 1907, most of the 9th Cavalry returned to the Philippines, having originally served there during the Philippine-American War in 1900-1902. They would remain there until 1909 fighting against Moro rebels. Several troops remained stationed at the Presidio of San Francisco.

Baseball was a treasured pastime among soldiers with many companies and units forming teams. They would play against other military teams, local civilians, and even professionals. There is a report that a local minister complained to the War Department about the 10th Cavalry's team, then stationed at Fort Ethan Allen, Vermont, which was so popular on Sundays that a minister claimed it was distracting the community from their spiritual duties. The troops helped to export the game overseas especially in the Philippines, with the first baseball game played there in September 1989 between Astor Battery and a regiment from the American Army. Local clubs were established by Filipinos, with American newspapers reporting that "Baseball is Helping Taft, The Game Aids Great Work in the Philippine Islands, Filipinos in Love with It." (Pittsburg Press, March 22, 1903).

Mirror - a few brown spots, scuffs, mirror has lost some of its silvering.

Image - some scratches and minor soiling to mount.