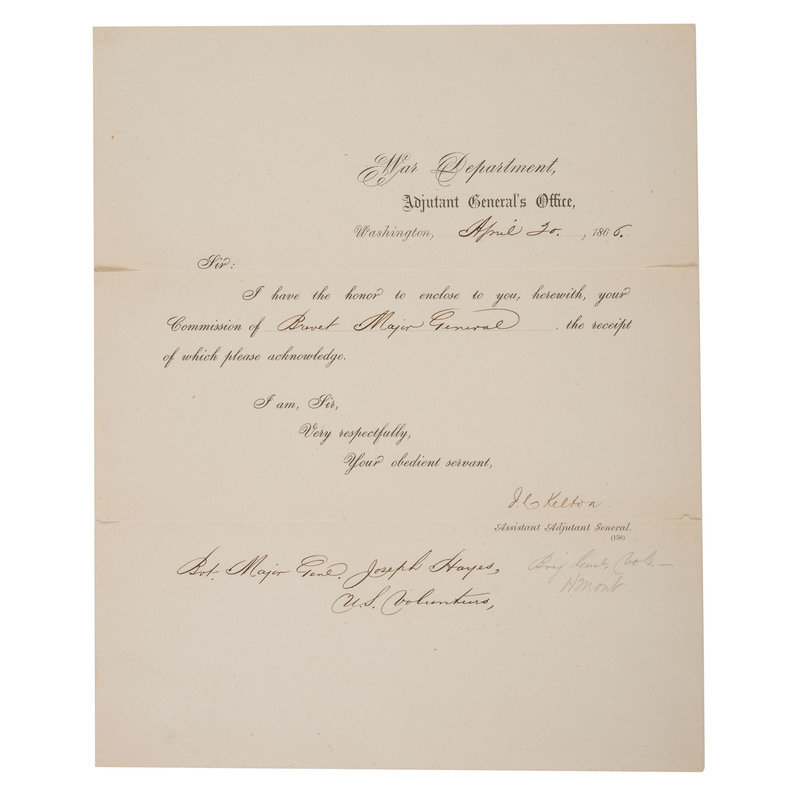 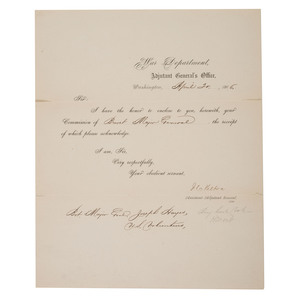 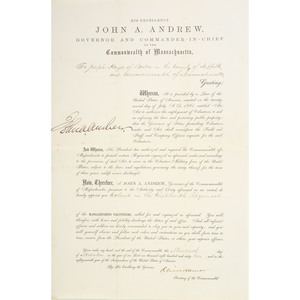 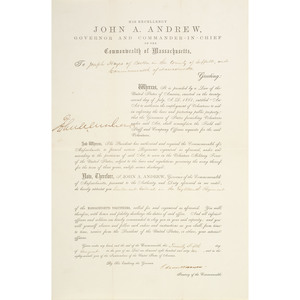 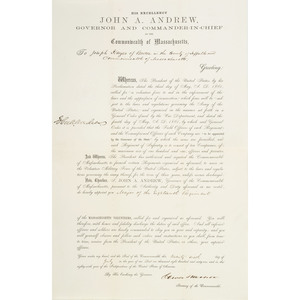 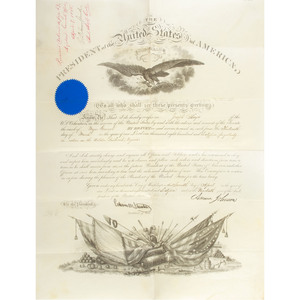 Hayes, born in South Berwick, Maine, and educated at Harvard, pursued a career in civil and mining engineering prior to and after the war. On July 26, 1861, he was commissioned major of the 18th Massachusetts Volunteer Infantry Regiment before the official mustering of the regiment and was later promoted to lieutenant colonel on August 25, 1862 and colonel on November 30, 1862, of which all three commission certificates on paper are included here. Each is signed by Massachusetts Governor John A. Andrew (1818-1867) and the Secretary of the Commonwealth Oliver Warner (1818-1885).

Hayes and the 18th saw action throughout the war at the battles of Sharpsburg, notably assaulting Marye’s Heights at Fredericksburg, Chancellorsville, and Gettysburg. On May 5, 1864, the 18th Massachusetts alongside the 83rd Pennsylvania opened the Battle of the Wilderness. The regiment took heavy losses and Hayes was grievously wounded with a bullet to his skull. After the battle, he was promoted to brigadier general.

On August 19, 1864, during the Battle of Globe Tavern (Second Battle of the Weldon Railroad) Hayes was captured and was held in Libby Prison in Richmond, VA until April 2, 1865. “For gallantry in action on the Weldon Railroad, Virginia” he was breveted as major general March 13, 1865, which was confirmed on April 7, 1866. Included here is the commission certificate partly printed on parchment and stamped by President Andrew Johnson (1808-1875) and Edwin M. Stanton (1814-1869), Secretary of War. Also included is an April 20, 1866 partly printed signed letter from John C. Kelton (1828-1893), Assistant Adjutant General of the US Army regarding the commission.