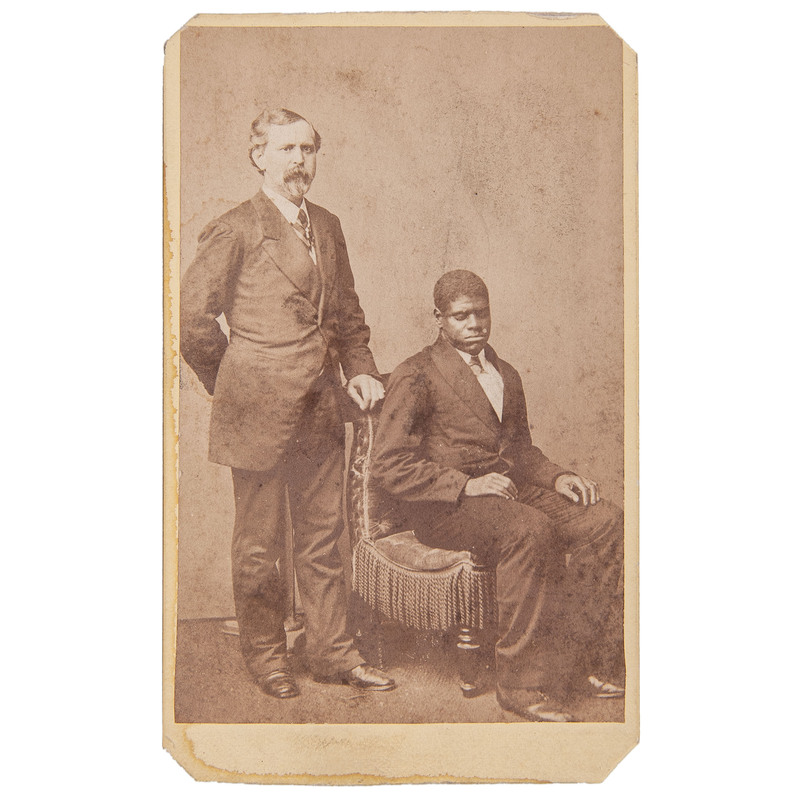 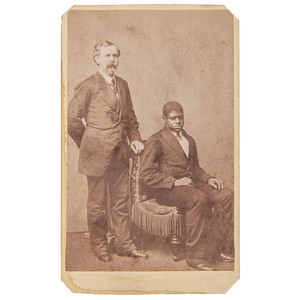 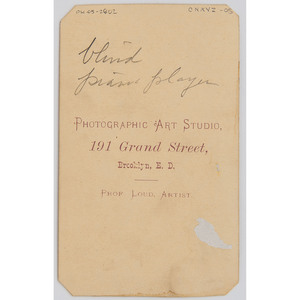 CDV studio portrait of Thomas "Blind Tom" Wiggins and "General" James Neil Bethune. Prof. Loud: Brooklyn. Photographer's Photographic Art Studio, 191 Grand Street imprint on verso. Pencil inscription in unknown hand: "blind piano player." Tom is seated in a chair wearing a suit, characteristically with his eyes closed. Bethune stands at his side, with his hand resting on the chair back. Taken in Brooklyn, New York likely during one of his annual summer stops in New York while touring.