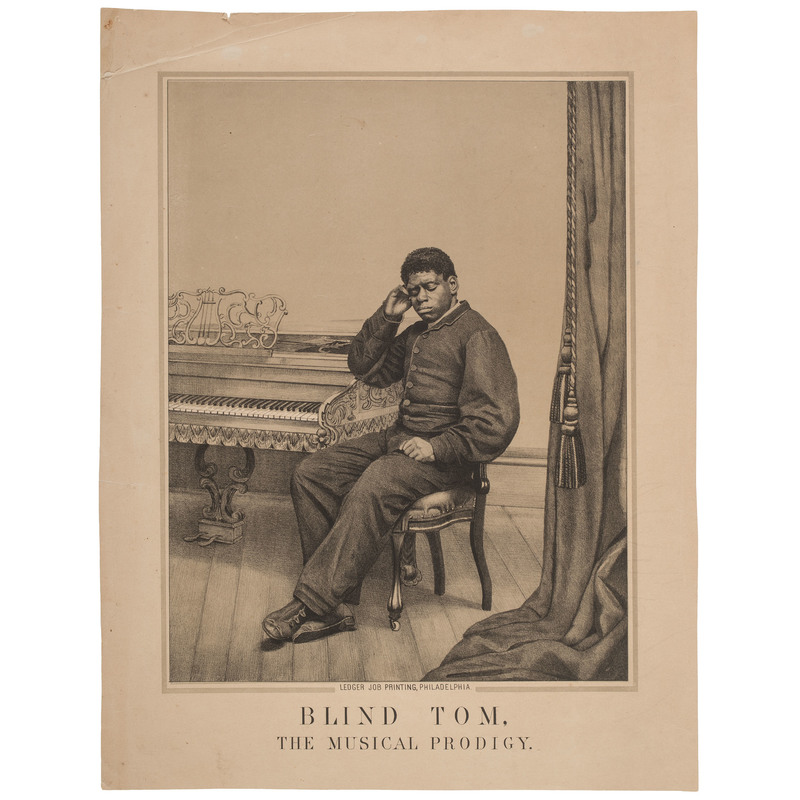 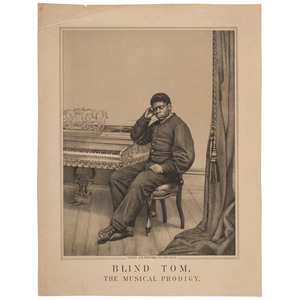 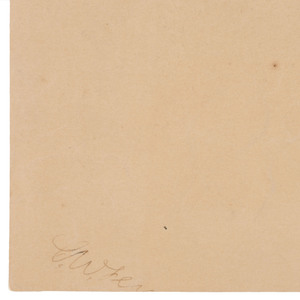 Blind Tom, The Musical Prodigy. Philadelphia: Ledger Job Printing, ca 1879. 319 x 418 mm, printed broadside. An illustrated portrait of a thoughtful Tom seated next to an ornate piano, resting his head on his hand with his elbow on the piano. Even toning else very fine. Very scarce.

Born into slavery in Georgia, he was purchased as a young child with his parents by General James Neil Bethune (1803-1895). Blind at birth, Tom’s musical talent was recognized early and Bethune leased Tom to a Barnum-style spectacle producer at the tender age of 8. He performed as often as four times a day earning his master over $100,000 a year. In 1860, he visited Congress and played for President James Buchanan, possibly the first featured performance by an African American at the White House. He almost certainly earned more than any other pianist of the day, though it is the tragic reality that his earnings went to neither him nor his family. Despite the outcome of the Civil War, Tom by any practical measure never seems to have gained his own freedom. Declared non compos mentis, General Bethune applied for Tom’s guardianship and continued to exploit his labor. In 1875, Bethune transferred management of Tom to his son John. After John’s death, Tom was at the center of a fierce custody battle. In the proceedings, he is often written about as though he was property, rather than a person. Even in 1895, when Bethune was on his deathbed, the New York Times headline read, “The Owner of ‘Blind Tom’ Ill.”

Even toning else very fine.