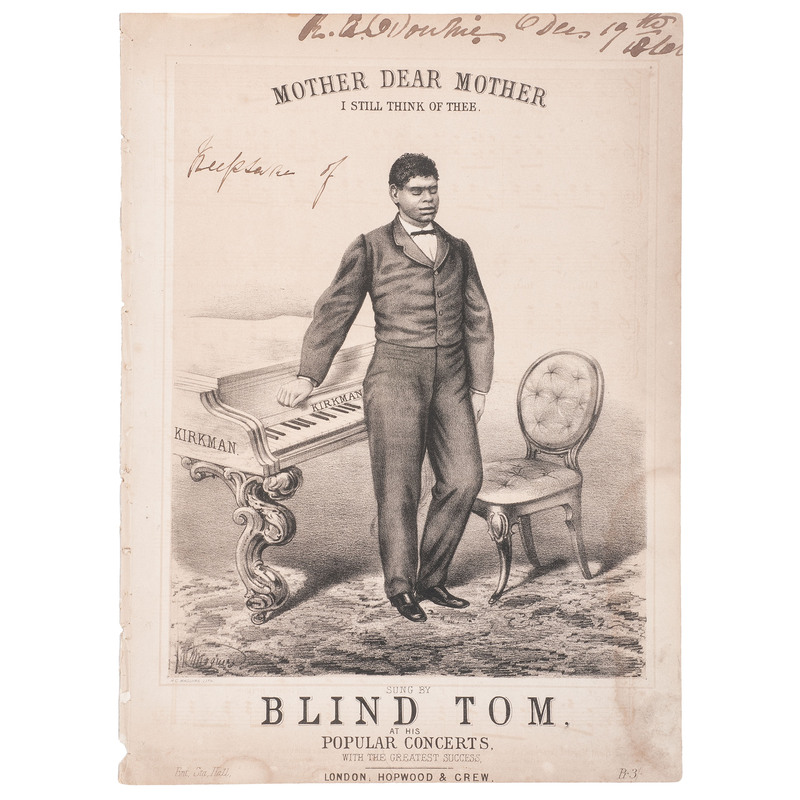 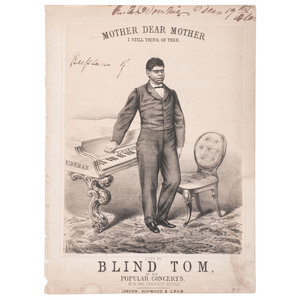 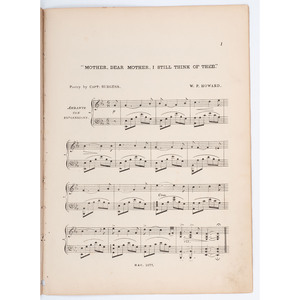 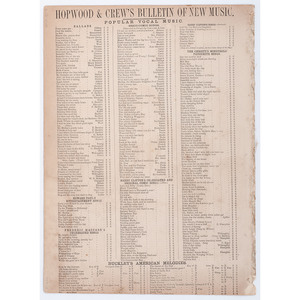 Sheet music. Mother Dear Mother I Still Think of Thee. London: Hopwood & Crew, n.d., circa 1870s. Original wrappers with a lithographed portrait by H.C. Maguire of Tom standing beside a Kirkman piano. The cover advertises that the song is "sung by Blind Tom, at his Popular Concerts, with the Greatest Success." The rear wrapper lists the publisher's other offerings including several pieces by mistrel acts including "The Christy's Minstrels' Favourite Songs" and "Buckley's American Melodies." Very scarce, OCLC locates only 2 copies and only 1 copy sold according to online records.