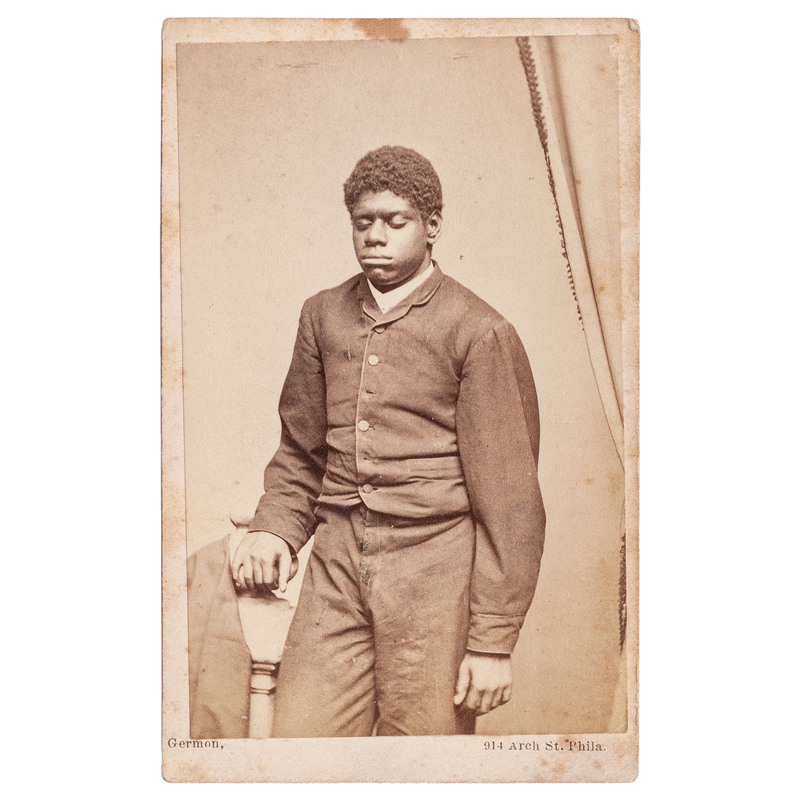 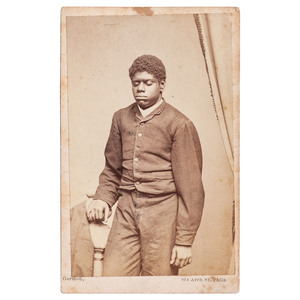 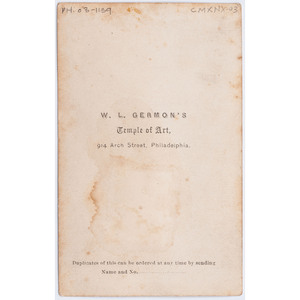 CDV studio portrait of Thomas "Blind Tom" Wiggins. W.L. Germon: Philadelphia, n.d., circa 1868. Photographer's Temple of Art, 914 Arch St. imprint on recto and verso. From the same sitting as a CDV sold as Lot 232A in Part I of this collection.