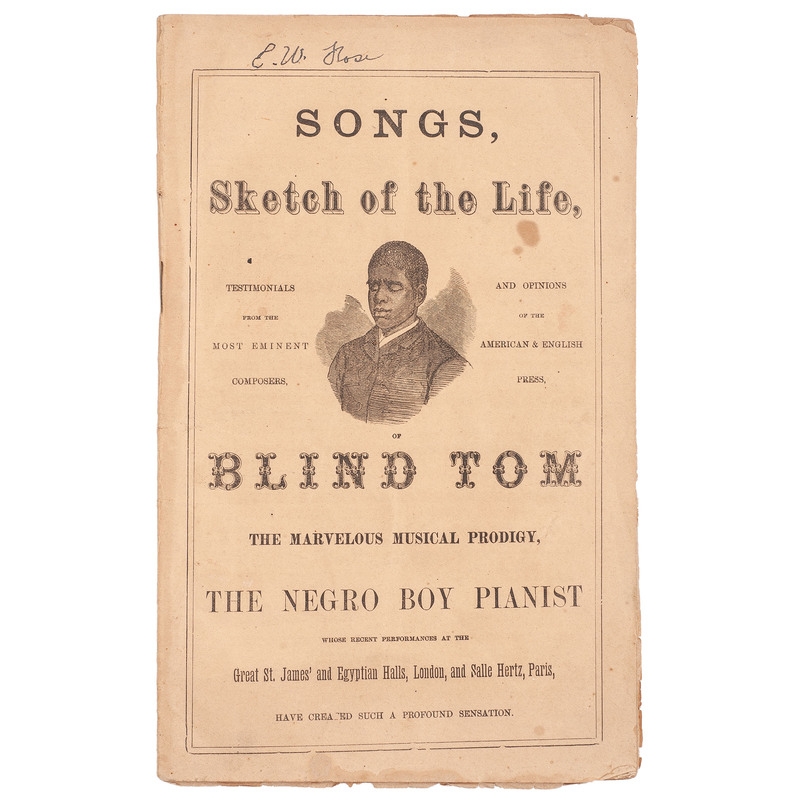 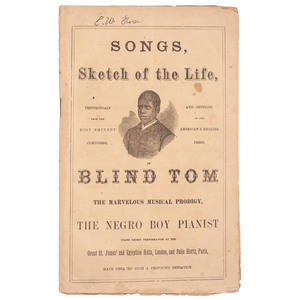 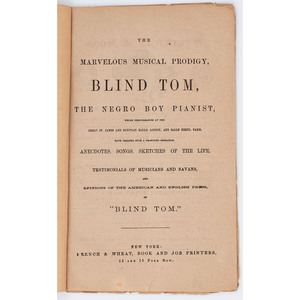 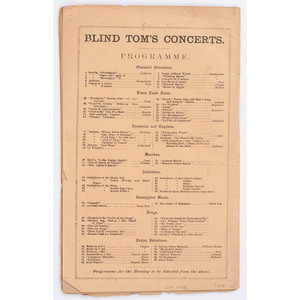 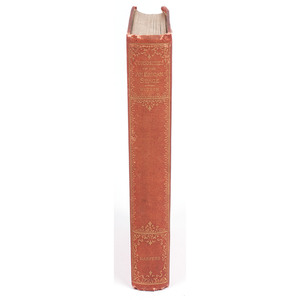 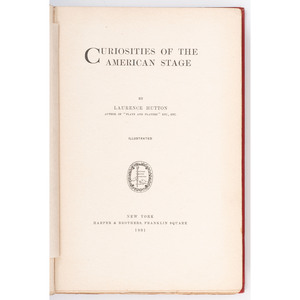 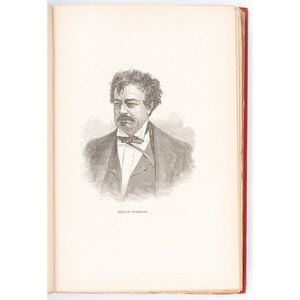 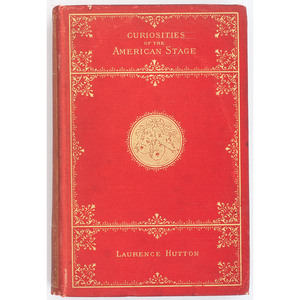 The combination program and brochure includes a biography of Tom, testimonials, opinions from the international press, and a selection of lyrics. The rear wrapper prints his repertoire played at his concerts including a large selection of works by contemporary and classical composers, popular music, "Imitations" such as "[Immitation of a] Dutch Woman and Hand Organ,"  and "Descriptive Music" which included his original compositions "The Rain Storm," reportedly written when he was just 5 years old, and "The Battle of Manassas."