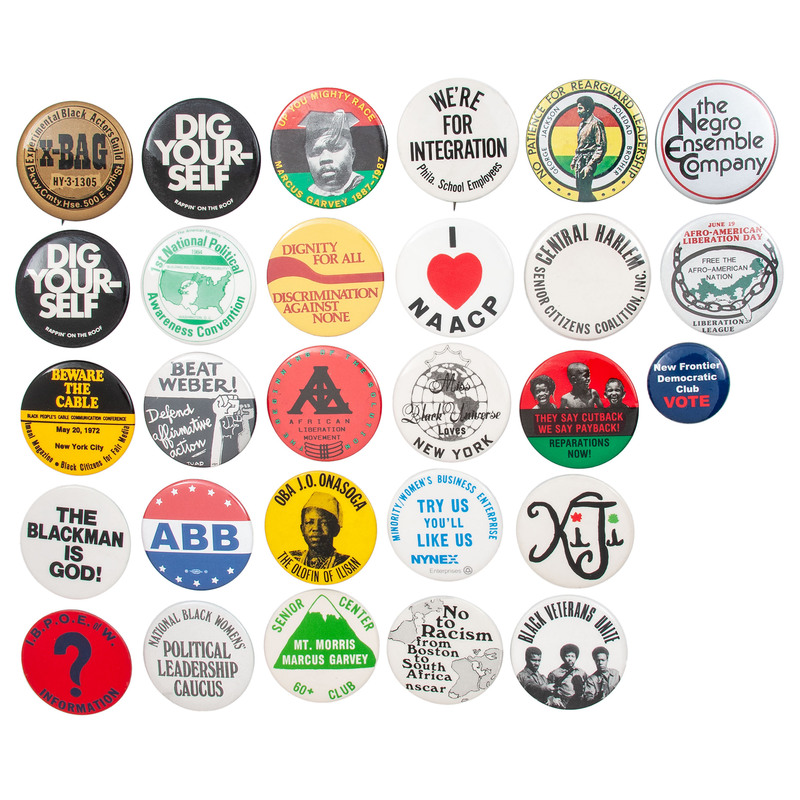 "No Patience for Rearguard Leadership / George Jackson / Soledad Brother" with image of Jackson before pan-African flag. Designed by Michael Brown, circa 1982. Artist and date printed on the curl.

"No to Racism from Boston to South Africa nscar." Anti-apartheid and anti-racism pin from the National Society of the Children of the American Revolution.

"I.B.P.O.E. of W. / Information." Pin from the African-American fraternal organization, the Improved Benevolent and Protective Order of Elks of the World, founded in 1897 and still in existence.

"They Say Cutback / We Say Payback! / Reparations / Now!" with photographic prints of laughing children, in Pan-African flag colors. circa 1983.

"Up You Mighty Race / Marcus Garvey 1887-1987" with photographic picture of Garvey wearing a mortar board in Pan-African flag colors.

"Dignity / For All / Discrimination / Against / None."

"The Beginning of the Solution / African / Liberation / Movement." circa 1990.