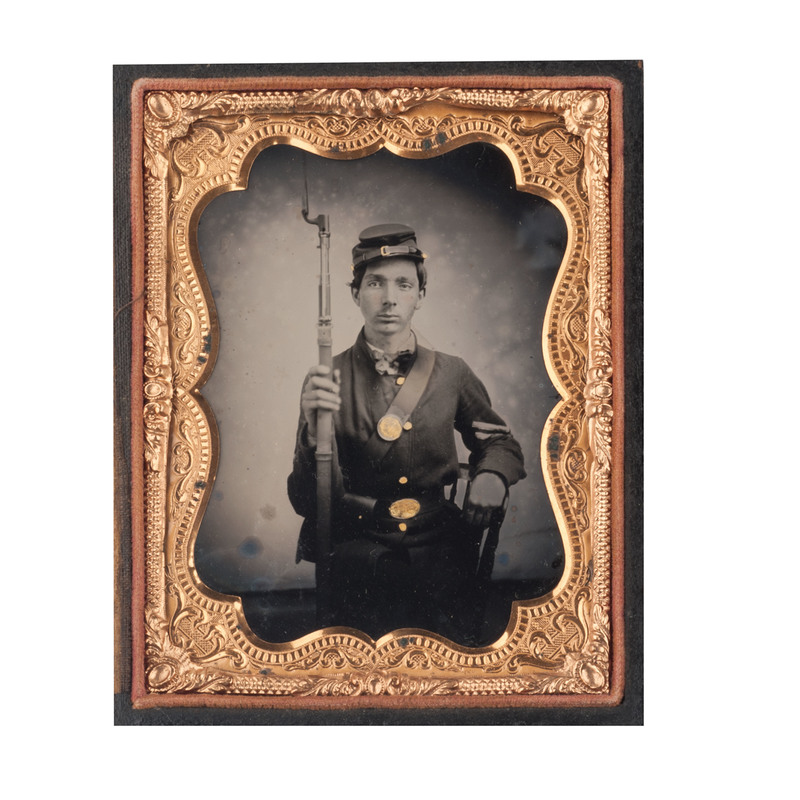 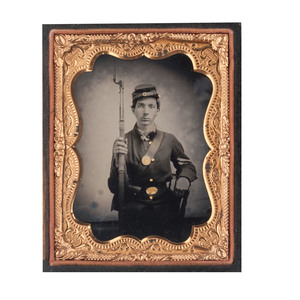 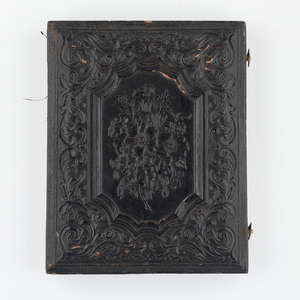 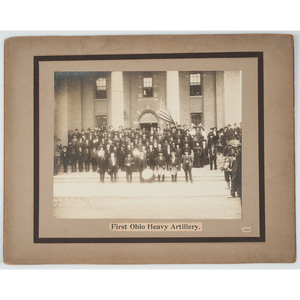 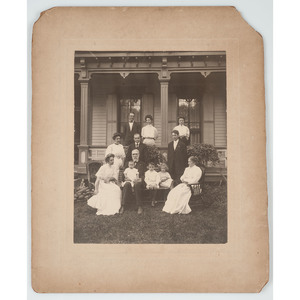 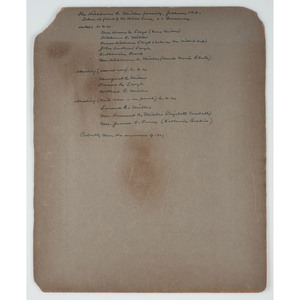 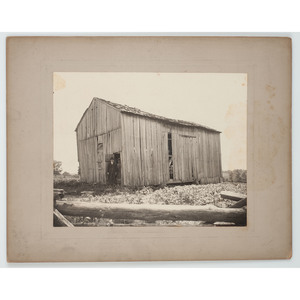 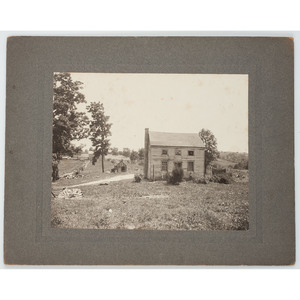 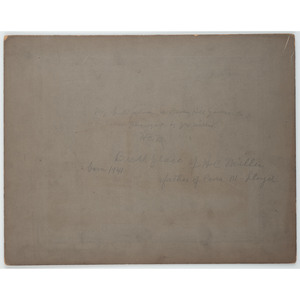 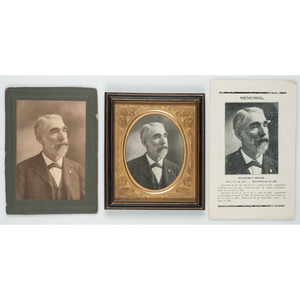 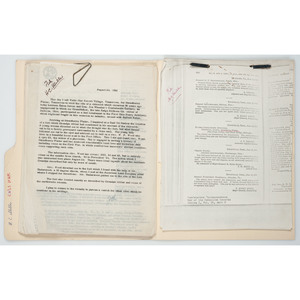 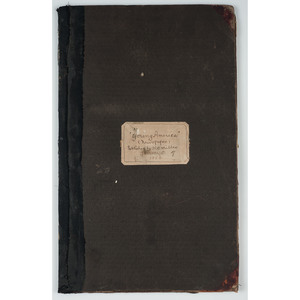 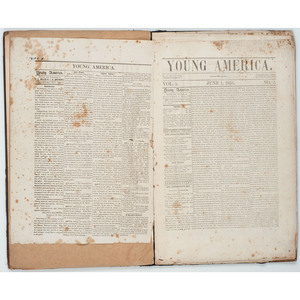 Lot of 9, comprised mainly of photographs of Hillborn Miller, who enlisted with the 87th Ohio Volunteers in June 1862. He mustered out in October and the following summer enlisted in the 117th Ohio. One month later he transferred to the 1st Ohio Heavy Artillery, mustering out in June 1865 in Knoxville, TN. He enlisted as a corporal and received promotions to 1st sergeant and 2nd lieutenant. The archive includes:

Two images of an older Miller, one, 3.75 x 5.25 on slightly larger mount; the other framed with brass mat.

Large format photos on approx. 11 x 14 in. mounts: First Ohio Heavy Artillery, 1909; (2) a family portrait in front of the Wilson house in Jackson, OH, with at least three generations of Wilsons, named on verso; the barn at Rocky Hill; and H.C. Miller's birthplace at Rocky Hill, Jackson Co., OH.

Born at Rocky Hill, Ohio in 1841, Hillborn C. Miller grew up in the hills of Jackson County where his father had established a pharmacy and medical practice. It was said, "There was no mischief for which part, at least, of the responsibility could not be traced to 'them Miller boys.'" War erupted when Hillborn was twenty, and he enlisted and served for most of the war and seems to have been active in veterans' groups after. When the war ended, he married Anna Roberts, the daughter of a prominent lawyer. He entered the insurance business to support his family and reportedly had a wonderful career since he had a "way" with people. He also served two terms as probate judge in the county in the last decade of the 19th century. He was a devout Christian who practiced more than he preached his religion. Miller died in February 1920, and could, in his own words, "Smile at the past, and rest in Him."

A few mounts with chipped corners, but overall very good.