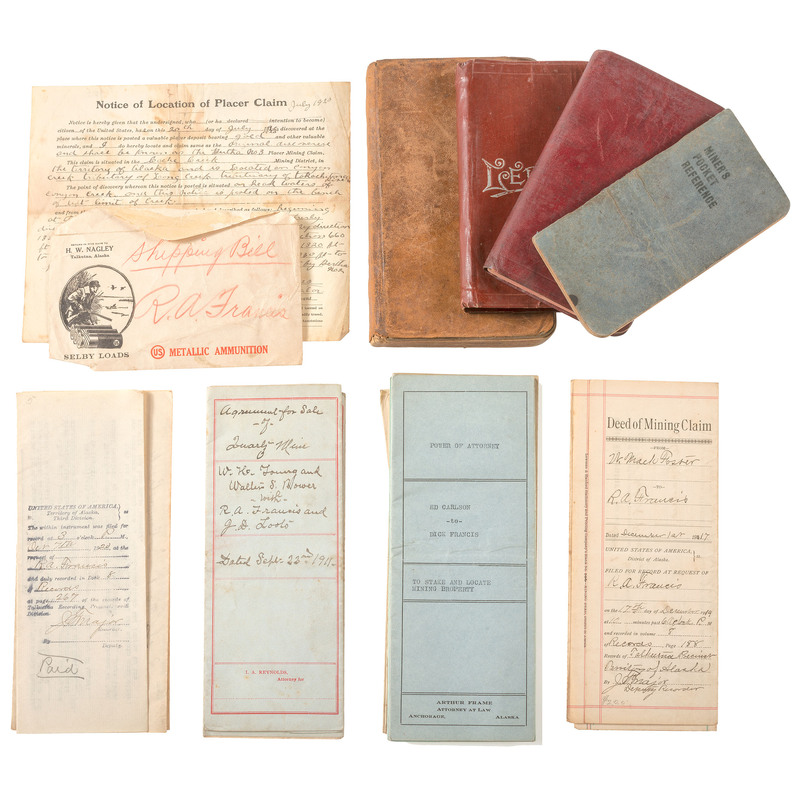 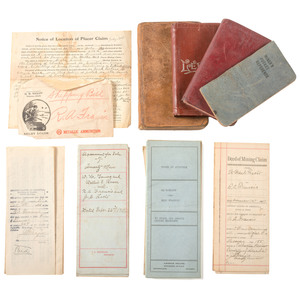 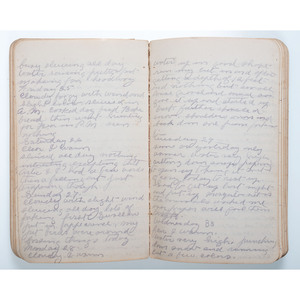 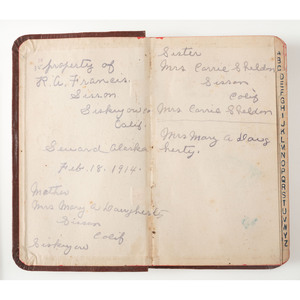 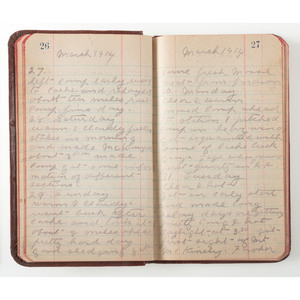 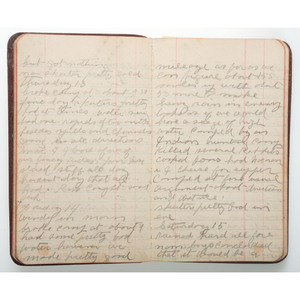 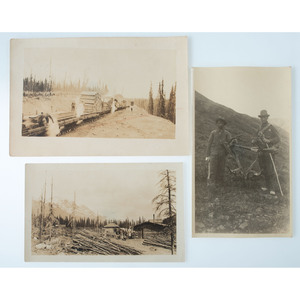 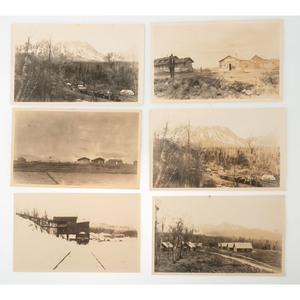 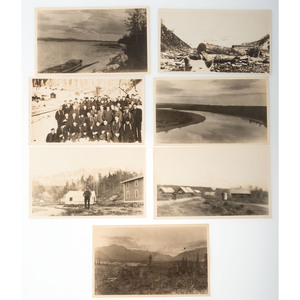 [With:] 70 black and white photographs, all but 2 measuring 3 1/4 x 5 1/4 in. (most slightly curled, occasional soil). Early 20th century. Images depict settlements and settlers, possibly mining camps, as well as landscapes. No identifications, however, one image has a store sign partially visible " - RTONS MOORE /  - IN MERCHANDISE / RAW FURS." -- 31 black and white negatives, each approx. 5 3/4 x 3 1/2 in., some appearing to show prospectors and possibly mining camps, as well as wildlife and landscapes.

[Also with:] Two manuscript mining claims for 1923 outlining placer mining claims in Cache Creek District, as well as 19 additional deeds and documents related to Francis's mining claims 1914-1924. -- 4 documents related to assignation of Power of Attorney. -- 2 Agreements for Sale of a Quartz Mine in California, 1911. -- Miscellaneous personal correspondence and receipts most dating to early 1920s, including shipping bill and receipts for supplies sold to Francis from merchant H.W. Nagley of Talkutna, Alaska.

A California native, R. A. “Dick” Francis was already actively engaged as a miner by 1900 with the Federal Census of that year listing his occupation in Goodwin, CA, as "Miner (Gold)." Francis's journals document his arrival in Alaska in 1913 and his early years of prospecting in the Cache Creek area, near Talkeetna, Alaska. Writing on August 11 and 12, 1914, Francis relays the trials of prospecting: "...sluicing lots of Rock washed in evening mosquitos flies hell" and then "disgusted with mine went prospecting but could raise nothing...." over the years he continues to describe his prospecting and shifting fortunes, along with brutal weather, hunts, socializing with friends, and the everyday experience of life as an Alaskan prospector. By many accounts, Dick was well-liked and respected for his honesty and generosity; he reportedly always left a pot of beans on the stove of his cabin in the wilderness near Talkeetna in case hungry travelers needed a meal. Almost a quarter of century after arriving in Alaska, he was one of the victims – some say the perpetrator – of what was known at the time as the worst crime in the Alaska Territory’s history. In September 1939, Francis along with two of his longstanding, bitter rivals and another worker were found dead at three separate locations on a single day. Initially, Francis was the prime suspect and the crime was billed as a murder-suicide. Later autopsy results revealed two gunshots to Francis's head – either of which could have been fatal. The subsequent FBI investigation identified another suspect though the agency never issued any charges. The FBI officially closed the case on the "Cache Creek Murders" in 1943. Dick Francis and the three other victims are all buried at Anchorage Memorial Park.

Consignor relates that this archive was identified within a larger grouping of ephemera related to Alaskan Charles "Red" Nelson, though no connection could be identified between Nelson and Francis. See also Lots 394 & 395.

A FASCINATING GLIMPSE INTO ALASKAN GOLD PROSPECTING AND THE LIFE OF A MAN WHOSE DEATH REMAINS ONE OF ALASKA'S ENDURING MYSTERIES.