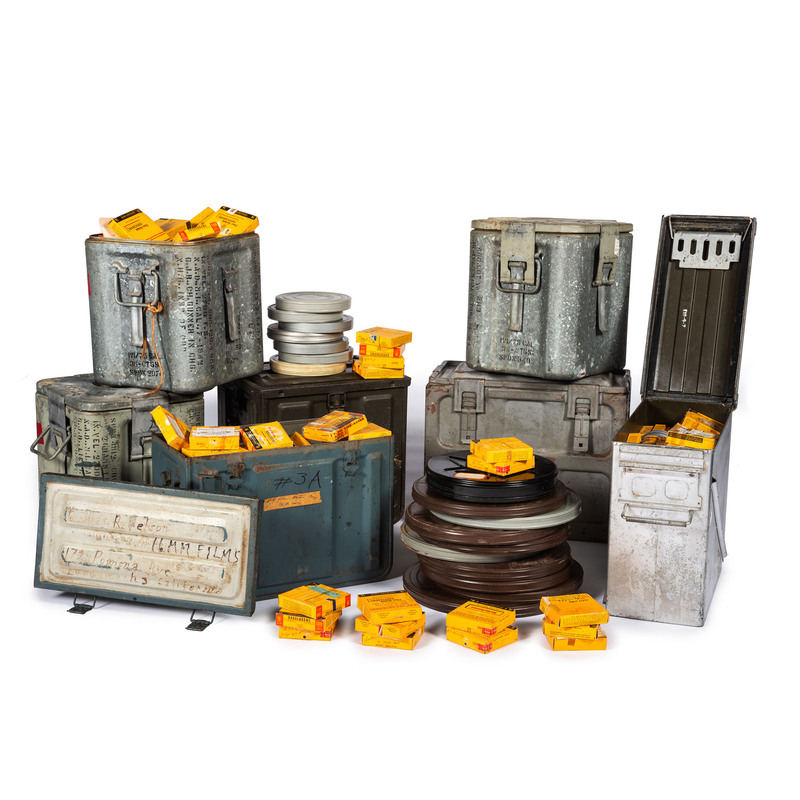 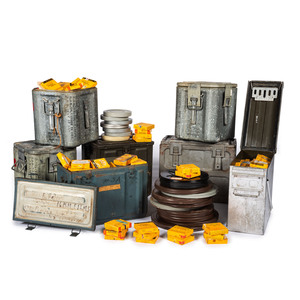 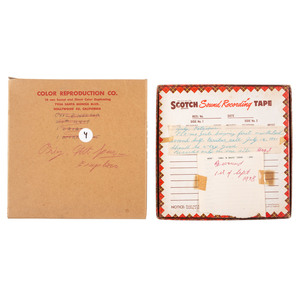 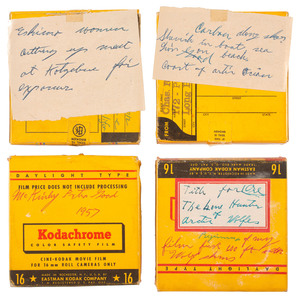 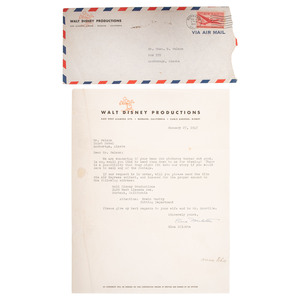 Approximately 480 16mm film reels and 30 audio reels, most housed in the original canisters used for storage by Red Nelson (strong vinegar odor evident in all canisters indicating at least some degree of acetate film base degradation or "vinegar syndrome"). Content of reels was typically identified to some extent by Nelson, either with a brief note on the reel's box or with a label attached to the box. Sample identifications include: "Eskimo women cutting up meat at Kotzebue"; "Eskimo dance & singing"; "Orig. Mt. Spur [sic] Eruption"; "Kotzebue Alaska / July 20, 1951 / Stories by Charles Seavih [?]"; "Anchorage"; "Hunting the Alaska Brown Bear"; "Wolf Hunting in Alaska"; "Mt. Wrangle [sic] Smoking"; "Return to Kahiltna"; "Judge Folta Bear"; "Lady Bird Johnson's Visit"; "McKinley Park"; "Shots from the end of the cutting [Baluga?] Whale / seal in water, women cutting up sea lion"; "Car[i]bou along shore / Shevich [?] in boat sea / lion on beach / Coast of Arctic Ocean"; "Sea Gulls & Creek at Ketchican"; and "Chatinibra Bridge / Black [?] Glacier & River Timelapse." Exact dates of the collection are unknown, however, Nelson's labels indicate most material was recorded somewhere between 1940s-1960s. Provenance: Archive descended directly in the family. Consignor inherited film reels after the passing of Nelson's only grandchild.

[With:] Two letters, both dated 1947, written by an employee of Walt Disney Productions in Burbank, CA, and addressed to Red, discussing the possibility of utilizing Red's films in Disney productions.

[Also with:] DVD and USB flash drive containing digitized film footage from a sample selection of 12 reels in the collection. The 1-hour sample reel of digitized footage can be viewed HERE.

“Red” Nelson was an Alaska adventurer, sportsman, hotel owner, and railroad man but most of all – a photographer and filmmaker. A “citizen journalist” of his time, he documented Alaska's indigenous people, the ’64 earthquake, Mt. Spurr’s ’53 eruption and ashfall, train derailments, gold prospectors, his beloved Mt. McKinley (Denali), and much more. Born in New York in 1900, he left home at age 12 with only an elementary education and worked odd jobs throughout the Pacific Northwest. Traveling to towns across southern Alaska, he eventually settled in Anchorage, working on the Alaska Railroad. His last day was July 3, 1937. Just three days later, on July 6, he signed the papers to buy the Inlet Hotel in Anchorage in the afternoon and married Vera Pettingill that night. In 1940, The Alaskan newspaper reported that Red became the first Alaskan photographer to receive national recognition when two of his landscapes received awards from the Photographer’s Association of America. For decades, Red lived and worked in Alaska, operating his hotel while photographing and shooting films that documented his cherished Alaskan wilderness and culture. When the devastating Good Friday earthquake of March 1964 destroyed half of Anchorage and damaged the Inlet Hotel, Red was prompted to relocate his family to California where he continued pursuing both photography and filmmaking.

The enormous trove of recordings offered here represents a unique visual and audio diary of Alaskan life and wilderness, and a potentially significant contribution to the body of ethnographic films related to Alaska's indigenous peoples. The man identified as "Chester Seavih" on several film reels is likely Chester Seveck, Chief Herder for Alaska Reindeer Service and an Alaskan native who some speculate was the inspiration for the Alaska Airlines logo. A smaller selection of footage in the archive was shot in California and other locations, and includes, in part, reels identified as "Disneyland / Sept. 1956," Miss Universe 1957, 1958, and 1959, "International Beauty Congress 1960 - Long Beach California," "1960 Surfing / Sept 25 1960 / Huntington Beach Calif," "South Seas," and "Yellowstone / Oct 1962."

Please note that owing to indications of "vinegar syndrome," as is common for reels of this age, we can make no guarantee about the transferability of the reels.

Red's work is rare. OCLC locates only one institution, the Anchorage Museum at Rasmuson, with his photography in its collections and no other institutions were identified as housing his films or audio reels. Rare Book Hub identifies no Nelson material at auction. See also Lot 389.