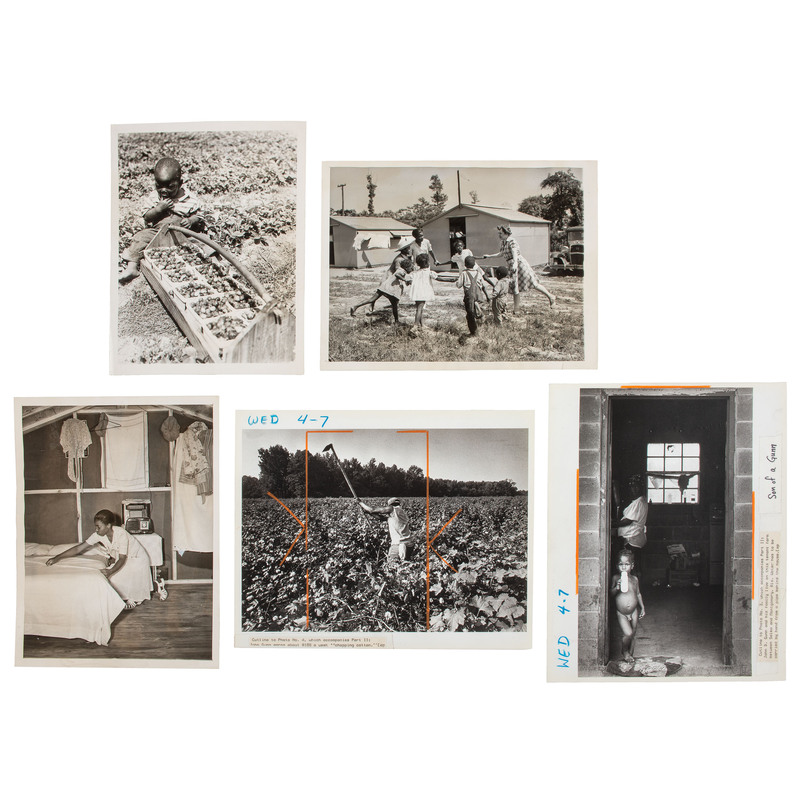 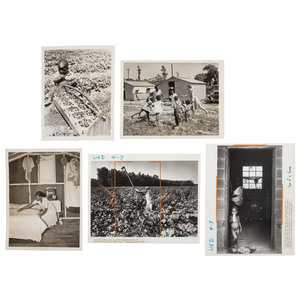 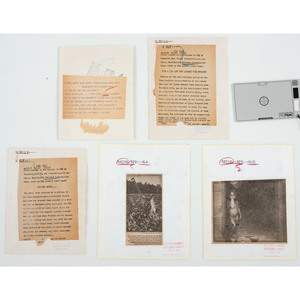 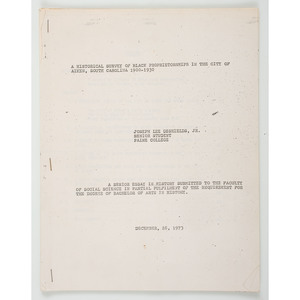 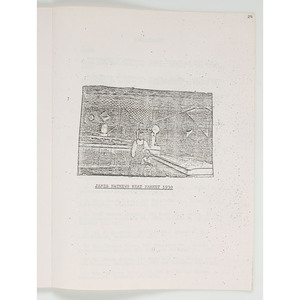 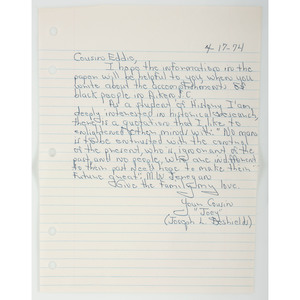 Two black-&-white International News photos, 7 x 9 in. Both received into the Examiner reference library June 12, 1942. Information on verso indicates: "It's a New Life for Migrant Farm Workers. Outside of the neat cottages set up by the Farm Security Administration in the Beaver Dam Camp for Negro migrant farm workers near Pocomoke City, one of the Southernmost towns on Maryland's farm-busy Eastern shore, these children play in the bright sunshine while their parents are at work in the fields... The cottages of wood or composition board and tents in the camp can be knocked down quickly after the season ends locally and moved on to another site..."

The second: "The New Order... The neat, trim interior of a cottage in the Farm Security Administration's Beaver Dam camp for migrant farm workers on a highway out of Pocomoke City, Maryland. The FSA is setting up 26 of these camps along the East Coast for the migrant harvest workers who ebb and flow from Florida to New England with the seasons and rains and suns and harvests. In past years these Negro workers came bumping up the coast in their ancient jallopies and trucks, and lived sometimes in dirty, crowded hovels..."

B-&-w International News photo, 6.75 x 8.5 in. Received into the Examiner Library May 18, 1944. "Negro boy - Strawberries. One for me, one for the basket -- ...This little Negro youngster had to come to the strawberry fields with his mother while she helped pick the strawberry harvest in Duplin County, North Carolina. Left alongside a crate of the dew-dripping delicacy he can't be blamed for stuffing one into his mouth. Yum yum!"

Two 8 x 10 in. b-&-w photos, received in the Examiner's library Apr. 7, 1982. Both of John D. Gunn's family, with grease pen markings and with the published version affixed to verso. One titled "Son of a Gunn" shows a naked youngster with a bottle: "John D. Gunn and his family live on this tenant farm between Selma and Montgomery, Ala. Water has to be carried by hand from a pipe behind the house."

Second: "John Gunn earns about $100 a week 'Chopping cotton.'" Below the published version on verso: "If so-and-so doesn't win, you're out of a job and out of a house. Despite the Voting Rights Ct, Southern blacks are kept out of power by an economic system that keeps them beholden to wealthy farmers, whose land they work and whose low-cost housing they occupy."

Also included is a senior paper examining African American business in Aiken, South Carolina in the first quarter of the twentieth century, submitted to the History Department, Paine College. 8.5 x 11 in., stabled spine. Aiken gained a reputation as a health resort town, so many businesses along the main streets catered to the non-resident population. Joseph Deshields found over 40 African American businesses in the early 20th century, but only 23 by 1973, of which, only 3 were in existence in 1930. His interviews with residents and business-persons suggested that racism was not a major cause in the decline of these 3-dozen plus businesses. Most just had no one to take over, or they weren't relevant any more (such as livery stables - people now had cars; similarly with the three blacksmiths).