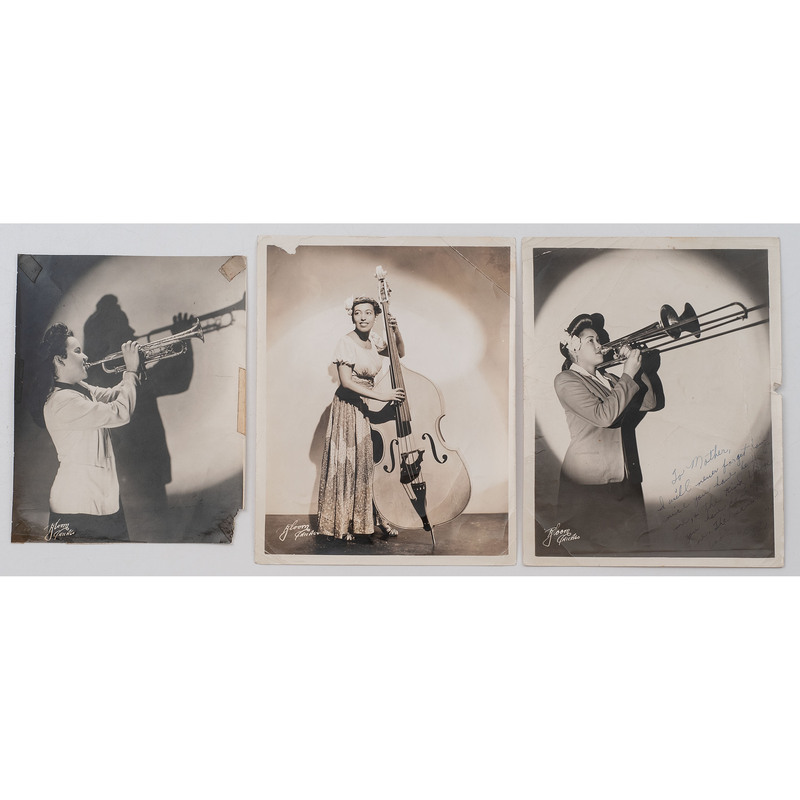 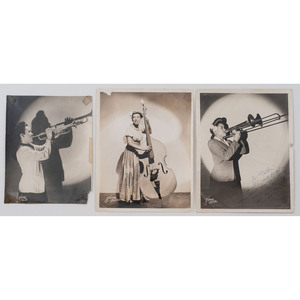 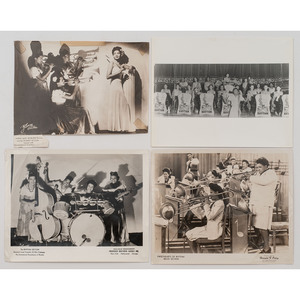 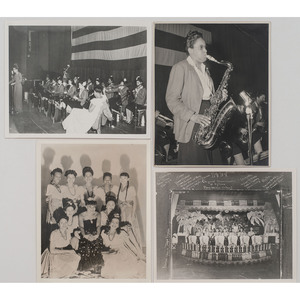 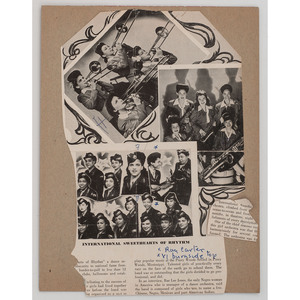 [AFRICAN AMERICANA]. Vintage photographs of the International Sweethearts of Rhythm, plus:

Group of what appear to be over a dozen different images, at least seven of which are from the first half of the 20th century. There are multiple copies of many of the images, for a total of 43 (copies plus originals).

One contemporary ad for the International Sweethearts of Rhythm notes: "The orchestra was first organized as a unit to play popular music at the Piney Woods School in Piney Woods, Mississippi. Talented girls of practically every race on the face of the earth go to school there. The band was so outstanding that the girls decided to go professional, and did.

"In an interview, Rae Lee Jones, the only Negro woman in America who is manager of a dance orchestra, said the band is composed of girls who are, to name a few, Chinese, Negro, Mexican and part American Indian."

They "climbed from obscurity to national fame... in less than 12 months, in theatres, night clubs, ballrooms and establishments of every description."

Images include a collage from various performances overseas; Toby Butler, Featured Soloist on trumpet; another soloist on trombone; the upright bass player; Anna Mae Winburn, Director, and the Trumpet Section; a saxophone soloist; the brass section; the rhythm section; plus five other group shots (not identified).

Per the consignor, these are from the estate of Marian McPartland, jazz pianist and historian, who was instrumental in getting the group (whoever was still available) included in the third annual Women's Jazz Festival in Kansas City in 1980. Presumably many of these photos were reproduced for that occasion.