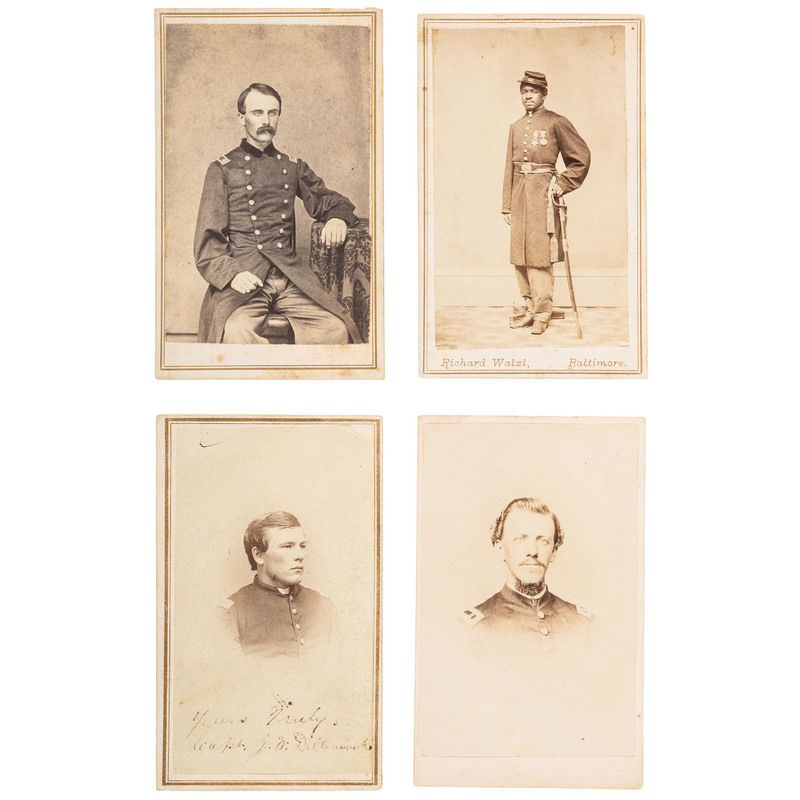 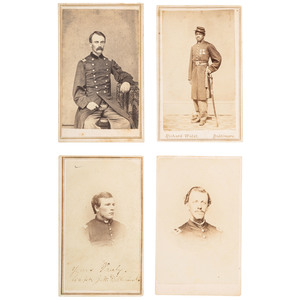 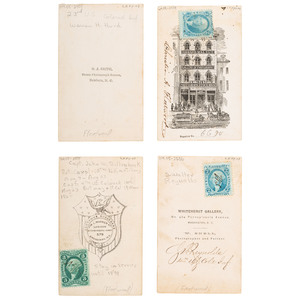 CDV full-standing studio portrait of African American soldier Christian Abraham Fleetwood. Richard Walzl: Baltimore, Maryland, n.d., ca 1865. Fleetwood, of the 4th US Colored Infantry, dressed in uniform, with sword in hand, wearing two medals on his coat, including the Medal of Honor. Period ink identification on verso. Born free in Baltimore, Fleetwood (1840-1914) enlisted at the age of 23 as a sergeant with Co. G of the 4th US Colored Infantry in September 1863 and was quickly promoted to sergeant major. In the fall of 1864, during the Battle of Chaffin's Farm on the outskirts of the Confederate capital of Richmond, Virginia, Fleetwood saved the colors from falling into Confederate hands, and was awarded the Medal of Honor for his actions in April 1865. He was one of only 18 African Americans who fought during the Civil War to receive this medal.

Autographed CDV of Captain John W. Dillenback. Jas. L. Warner: New York, n.d., ca 1865. Enlisted as a private and served with Co. G, 10th New York Heavy Artillery, then Co. F, 4th US Colored Infantry, rising in the ranks from captain to brevet lieutenant colonel between 1863 and 1865. He served with the US Army until March 31, 1899.

CDV of S Walter Reynolds, possibly autographed on verso. Whitehurst Gallery and W. Snell: Washington, DC, n.d., ca 1865. Reynolds enlisted as a 2nd lieutenant and served with Co. F and Co. H, 4th US Colored Troops, raising in the ranks to 1st lieutenant then brevet captain between 1864 and 1865; mustered out May 4, 1866.

Hurd CDV: some light spotting to image and mount.