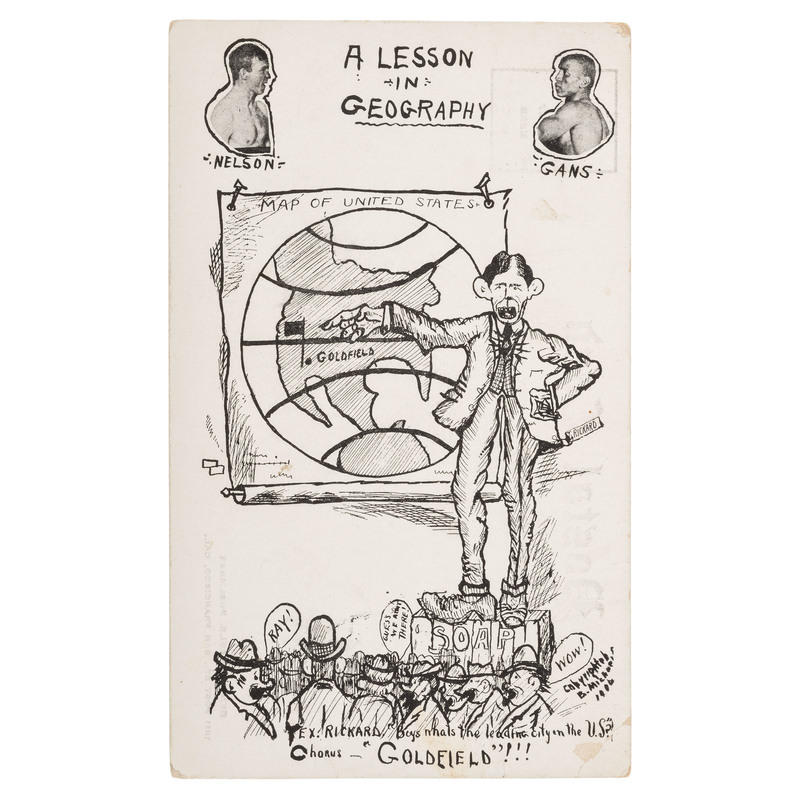 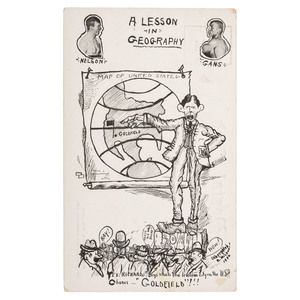 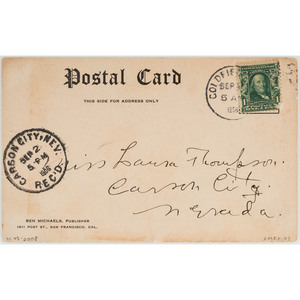 Promotional postcard with a cartoon lampooning Tex Rickard and his grandstanding in support of Goldfield, Nevada. Titled “A Lesson in Geography” flanked by labeled portraits of the two boxers. A caricature of Rickard stands on a soapbox preaching to a gathered crowd pointing to a map of the United States with Goldfield the only city listed. The caption reads “Tex Rickard, ‘Boys whats the leading city in the U.S?’ Chorus - ‘GOLDFIELD’!!!”