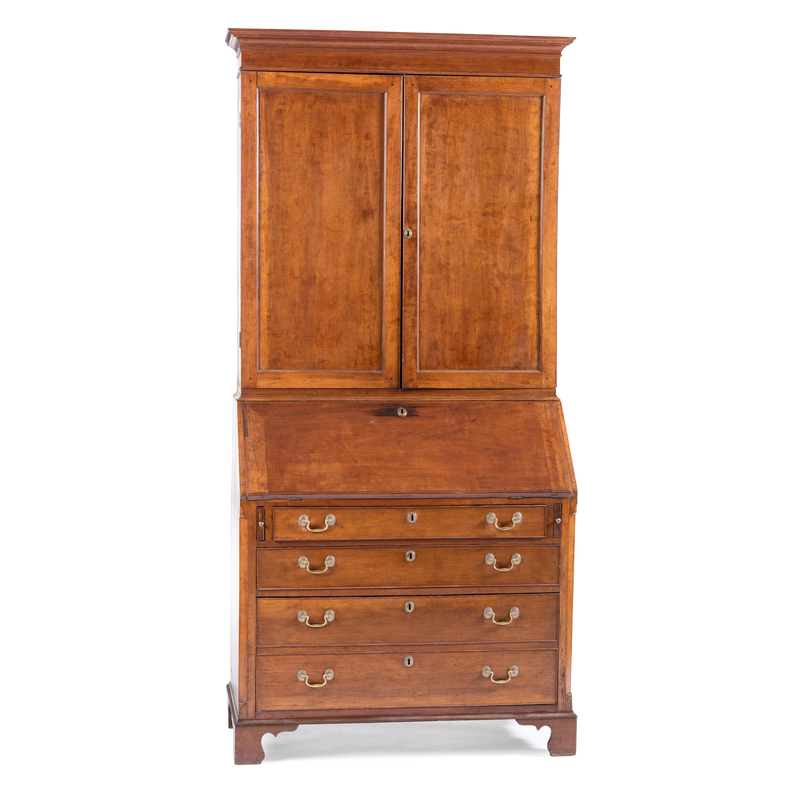 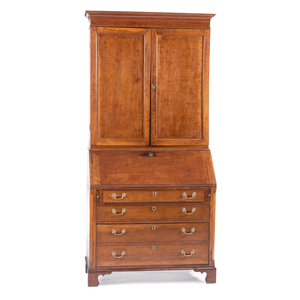 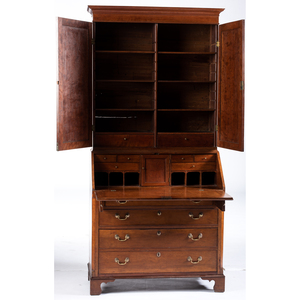 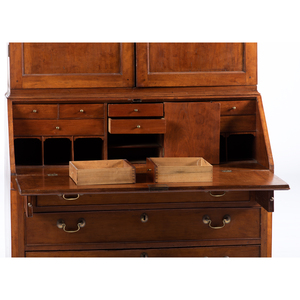 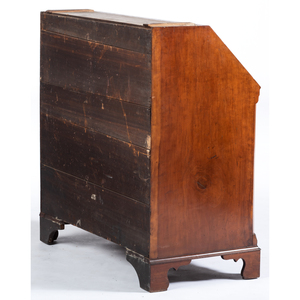 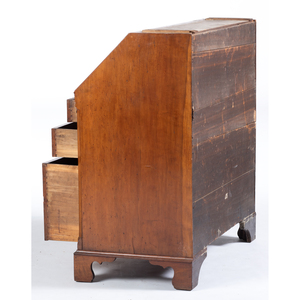 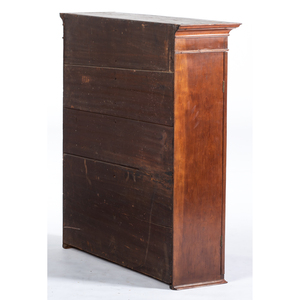 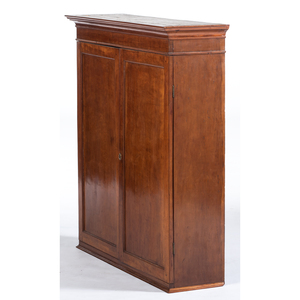 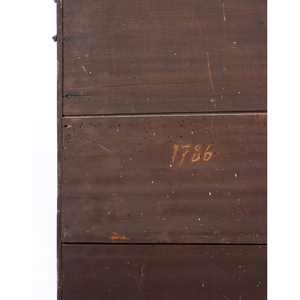 A Chippendale Cherrywood Slant-Front Desk and Bookcase, Possibly Virginia, Circa 1810

incised 1786 on the back of the superstructure, hardware is associated.

Provenance:Property from the Estate of James A. Sanders, Evansville, Indiana

Hindman is honored to present property from the Estate of James A. Sanders, including his collection of American Furniture, Glazed Pottery and Folk Art. Born in 1938 in Evansville, Indiana, Mr. Sanders dedicated his life to education, historic preservation, and the arts.

Well-respected and a friend to many, Mr. Sanders built an impressive collection across many categories including Rockingham pottery, early lighting, American and English paintings, toys and banks, and American vernacular furniture. He spent his time between Evansville and his family farm in New Harmony, Indiana. It was here at the family home where his collection grew. Following his career as an educator, Mr. Sanders further pursued his interest in historic preservation. In 1985, he became the University of Southern Indiana’s first director of Historic New Harmony. His enthusiasm and general interest in history was reflected in how he put together his collection, and the wide variety of objects with which he surrounded himself.

Mr. Sanders’s passion for the arts was a common theme throughout his life. Along with his career, he supported numerous foundations and institutions such as Decorative Arts Trust, Evansville Preservation Alliance, Evansville Museum of Arts, Evansville Philharmonic Orchestra, and many others. His collection was a reflection of his life, loved and accomplished.

In overall fine and stable condition. Retains a fairly even patina throughout.  Old scuffs, marks and scratches consistent with age and use.  Refinished surface, retaining few traces of a darker surface. The lopers are mostly replaced, likely retaining just the front 2 inches of their fronts.  Drawer pulls are replaced, but the drawer fronts show wear consistent with them having been placed there several years ago.  Few patches to the cockbeaded drawer edges throughout.  The feet show age, but may be later replacements.