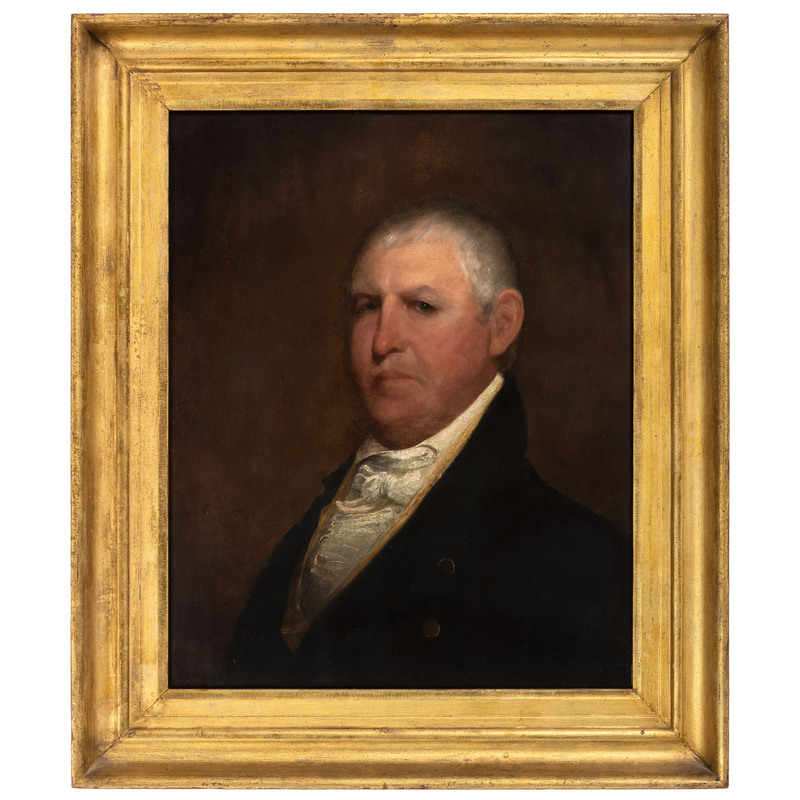 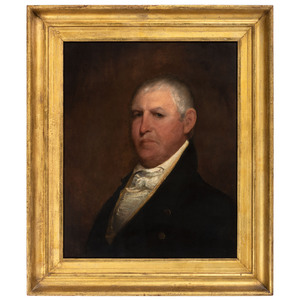 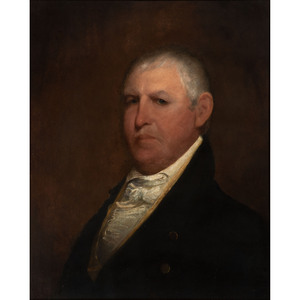 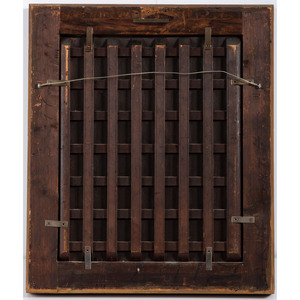 The ambitious young artist Matthew Harris Jouett spent the summer of 1816 working in the studio of Presidential portraitist Gilbert Stuart. From that old master, he learned how to set his palette, place the figure on the planar field, and, perhaps most importantly, size up the subject’s character. In Some Notes and observations from repeated conversations with Gilbert Stuart…(Pennington, Matthew Harris Jouett… pp. 299-309) Jouett offers, with “some modesty…a reflection of mine: In painting great public characters be sure to have them elevated above you—this opens the countenance & gives a grandeur to the figure…”  It was a compositional device he would employ to great effect, and considerable success.

Once he returned to Kentucky and established a studio near the Court House square in Lexington, Jouett set about painting many of the seminal figures in early Kentucky history. Drawing upon social contacts from his student days at Transylvania University, family ties, and his distinguished service in the War of 1812, Jouett soon became the portraitist of choice for legends of the Commonwealth.

One of the first of those he painted was Isaac Shelby. Shelby had been a Revolutionary War soldier, a hero of the Battle of King’s Mountain, South Carolina. After the war he settled in Knob Creek, Lincoln County, until like Cincinnatus and George Washington, he was called from the field to participate in political conventions leading to statehood in 1792. He was unanimously elected governor, May 1792, and served until June 1796, when he again left public life for sixteen years to farm at Traveler’s Rest, Boyd County. As war loomed, he was again elected Governor in 1812, and as a General commanded forces at the epic Battle of the Thames. Jouett painted him after his return to farming at Traveller’s Rest, where he died and is buried.

Lewis Collins, Whig historian sublime, observed that the “vigor of his constitution fitted him to endure active and severe bodily exercise, and the energetic symmetry of his person, united with a peculiar suavity of manner, rendered his deportment impressively dignified; his strong natural sense was aided by close observation on men and things: and the value qualities of method and perseverance, imparted success to all his efforts.” (Collins, History of Kentucky…Kentucky Historical Society reprint, 1966 p 531).

Jouett’s ability to apply Stuart’s formula for restrained exaltation is beautifully apparent in his depiction of Shelby’s “peculiar suavity of manner…” The old war horse sits high on the canvas, with that slightly bemused look which Jouett often painted as a coy restraint from implicit arrogance, or outright haughty demeanor. With that wary welcome look Shelby joins others from Jouett’s canon who gaze down through the ages from their golden frames with secure self-awareness and polite regard.

Provenance:By direct descent in the family from the sitter to his elder son Thomas Hart Shelby; to his son Edmund Pendleton Shelby; to his son Thomas Hart Shelby; to the father of the current owner. It should be noted that this is the original portrait Jouett painted of Shelby from life, and upon which he based several copies painted for family members, notably the oft reproduced version given by his descendant Susanna Preston Shelby Grigsby to the Kentucky Historical Society. This portrait has been seldom seen and never publicly exhibited.

PLEASE NOTE: All pickups and previews are by appointment only. To make an appointment, please call 513-871-1670 or email cincinnati@hindmanauctions.com