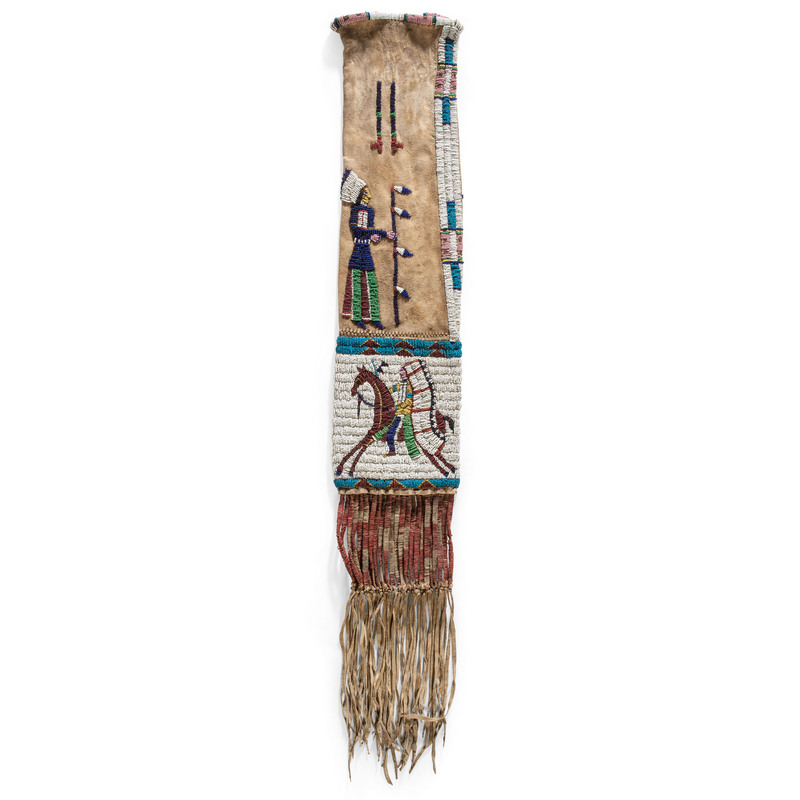 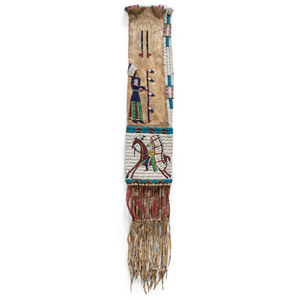 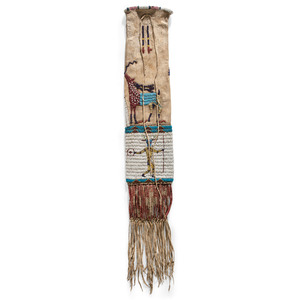 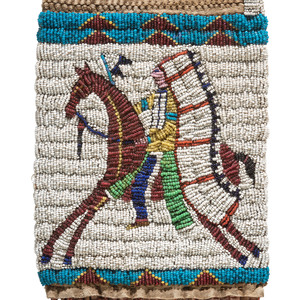 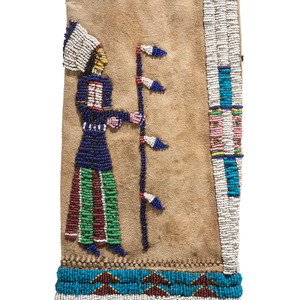 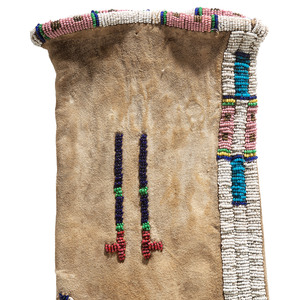 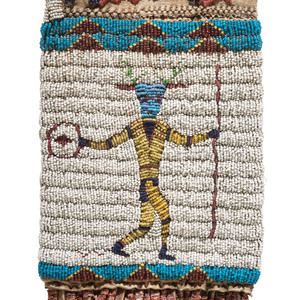 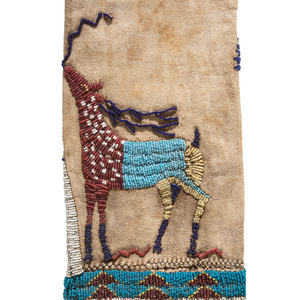 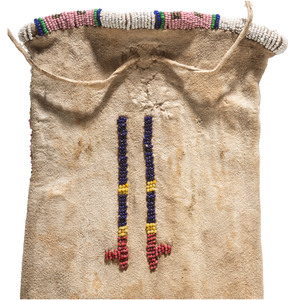 This bag may possibly be by the same hand which created a pictorial tobacco bag in the Masco Collection (Batkin ed. 1995: 42-43).  The published example has been identified by Dennis Lessard as from Pine Ridge and created by an Oglala woman Bird of Many Colors or Bird of Many Feathers. He is unable to locate a woman with this name in the rolls at Pine Ridge but believes her name might also have been interpreted as Pretty Bird.  He believes that bags this style date between 1890 and 1900. (Batkin ed. 1995: 86, note 36).

Among the Lakota and other Plains peoples, to dream of a particular animal has great significance, for it is through dreams that one may receive the supernatural powers of that creature.  The bull elk is believed to possess extraordinary seductive powers over the females of its kind.  To dream of the bull elk is to acquire this special ability to captivate females.

Men (and a few women) who dream of the elk joined the Elk Dreamers’ Society, often acting their dreams and “testing” their powers in dance performances.  At society feasts, Elk Dreamers sang songs and made medicine for attracting women.

For elk ceremonies, dreamers donned triangular masks of rawhide adorned with small branches representing antlers.  They painted their bodies yellow and often painted their arms black from the elbow down and their legs black from the knee down.  Dreamers carried hoops and mirrors from which to “shoot” their powers at rival dreamers and to bring their “victims” (often women) under their influence (Maurer 1992: 133, fig 53).

Due to the ongoing COVID-19 pandemic, Cowan's will not accept cash payments at this time. Please submit payment by check, money order, ACH, wire transfer, or credit card.

PLEASE NOTE: Bidding is available absentee, by phone, or live online only. All previews and pickups are by appointment only. To make an appointment, please call 513-871-1670 or email cincinnati@hindmanauctions.com.