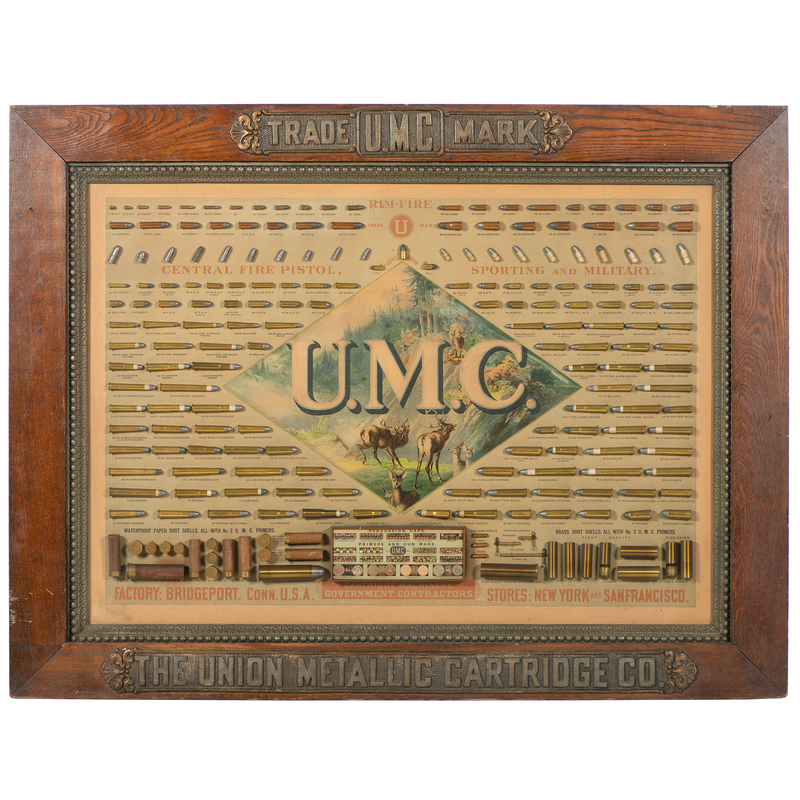 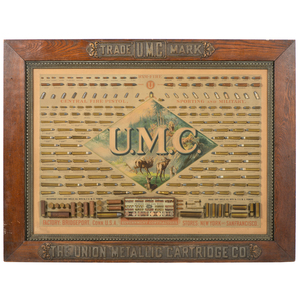 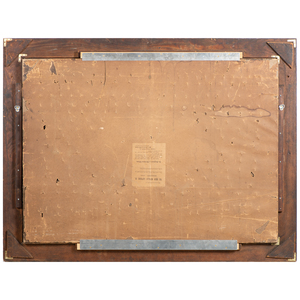 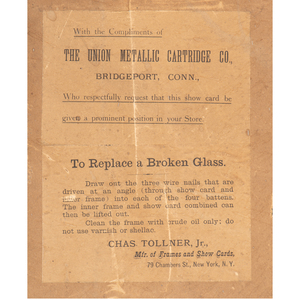 54.25" x 41.25" overall dimensions. Excellent display with all the original Remington cartridges, including titles for categories of cartridges in red bold lettering Rim Fire, Central Fire Pistol, and Sporting and Military.  Bottom left region of the board marked in black lettering is Waterproof Paper Shot Shells All with U.M.C. No. 2 Primers with related examples. These are further separated into two categories, Second Grade 10 and 12 and Star brand 10 & 12.  Bottom right reads in black lettering Brass Shot Shells all with No. 2 U.M.C. Primers. These are further separated into two categories, First Quality and Club Brand.

Bottom center of board has a built in 9" x 3.5" shadow box frame is marked, Percussion Caps and Primer and Gun Wads U.M.C.

Center of board with field and stream image of several deer by a waterfall.  Subtext immediately below this image reads, Major, Knapp & Co 55 Park Place N.Y.

Paper label on back of the board  reads, With compliments of the Union Metallic Cartridge Co. Bridgeport, Conn. Who respectfully request that this show card be given a prominent position in your Store. To Replace a Broken Glass Draw out the three wire nails that are driven at an angle (through show card and inner frame) into each of the four battens. The inner frame and show card combined can then be lifted out. Clean the frame with crude oil only: do not varnish or shellac.  Chas Tollner, Jr.,  Mfr. of Frames and Show Cards 79 Chambers St. New York, N.Y.

This Remington Cartridge Board is complete and in excellent condition. Brass hinges on back side of board appear to be new.