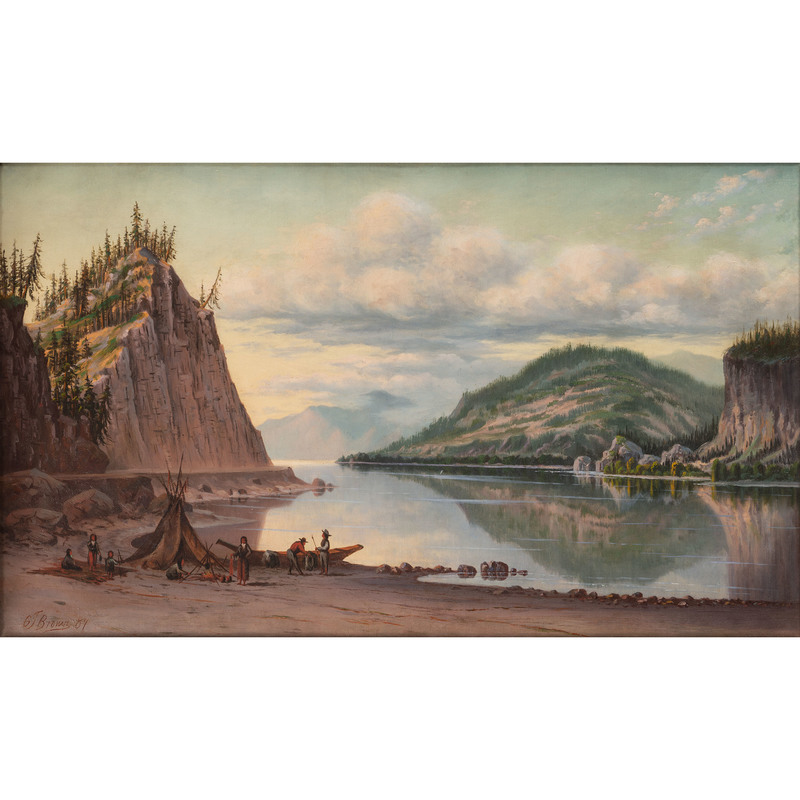 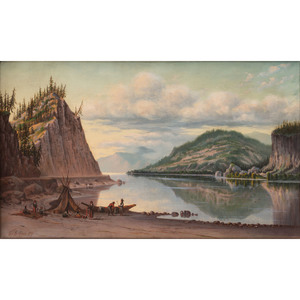 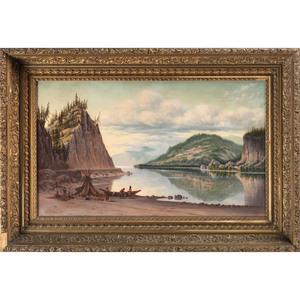 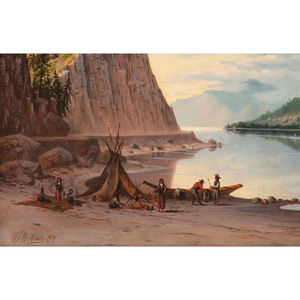 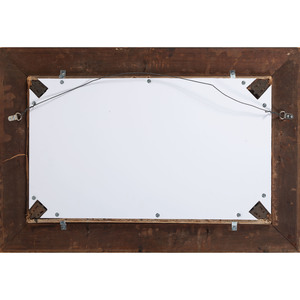 Mitchell Point is located on the Oregon side of the Columbia River in Hood River County, a little west of the present town of Hood River. The view is looking west, downriver, with the Washington side of the Columbia showing as the hill on the right side of the painting. The grade along the left appears to be the railroad bed for the Oregon Railway & Navigation Company’s tracks. An especially noteworthy painting for its depictions of American Indians, probably depicting a group of Wisham Indians, a band of Indians now associated both with the Warm Springs in Oregon and Yakama in Washington. The Wishram were located along the Columbia on both sides of the Celilo Falls, just east of the present-day city of The Dalles, Oregon. Another band that frequented that region was the Klickitat, now mostly associated with the Yakama. The woman on the right holds strips of salmon, while a traditional canoe is beached nearby.

Brown moved to Victoria, British Columbia in 1882 and soon joined the Canadian Government’s Amos Boman Geological Survey for which he made sketches of the scenery along the Fraser River east of the Cascade Mountains. He also opened a studio in Victoria and began to produce paintings of the local landscape. Ever the wanderer, Brown moved to Portland, Oregon in 1886 where he maintained a studio until 1889, and where he was listed as an artist in the Portland city directories and in the directory of the Portland Art Guild. It was during this period that Brown painted Mitchell’s Point, Looking Down The Columbia River.

A few spots of in-paintings were detected under UV light, located in the upper right and left corners.

There is some craquelure, mostly located in the sky area.

The canvas is not relined.

There is some wear to the frame, including molded decoration losses in the upper right and lower left corners.