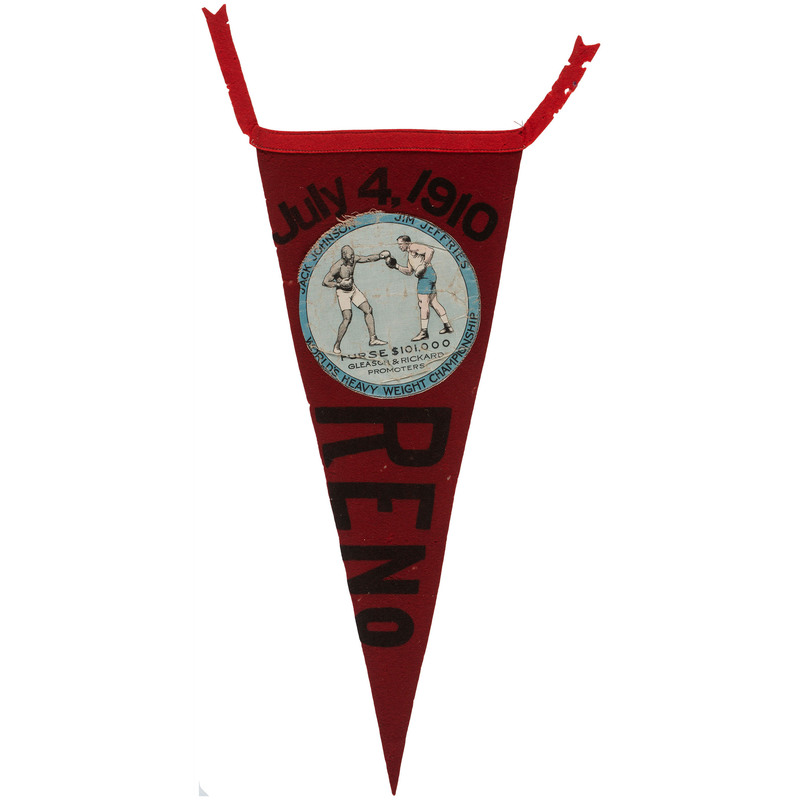 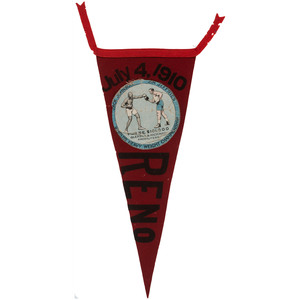 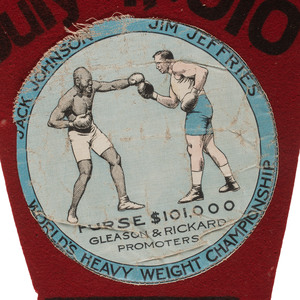 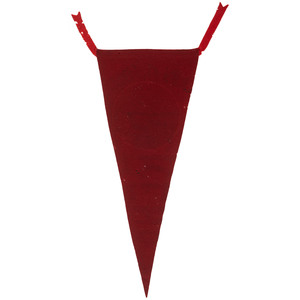 Pennant from the 1910 Johnson-Jeffries fight. Length: 22.4 in. (570 mm) Red felt pennant printed with the date of the fight “July 4, 1910” and “Reno” in black lettering. With a printed fabric medallion appliqued. Medallion features an illustration of the two pugilists with the caption “Jack Johnson, Jim Jeffries / World’s Heavy Weight Championship / Purse $101,000 / Gleason & Rickard / Promoters.” Seldom seen, especially in such fine condition.

Some minor worming, creases to medallion.