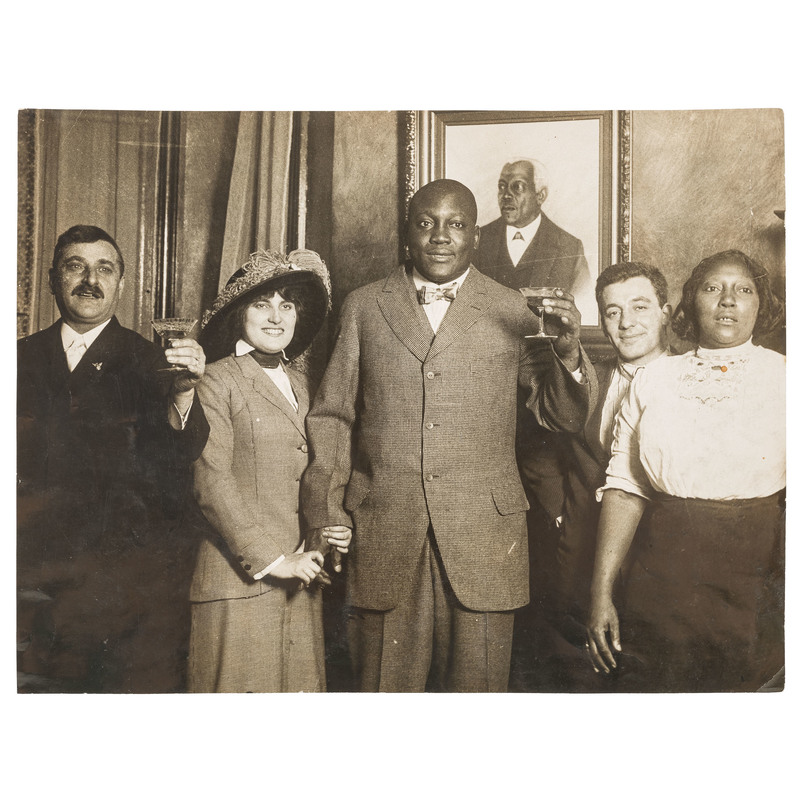 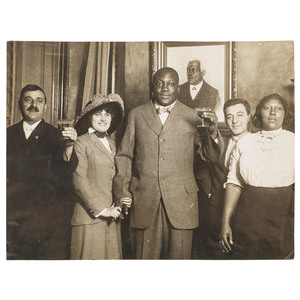 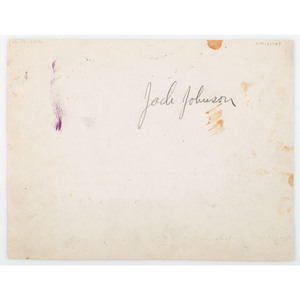 Oversized photograph taken at the wedding of Jack Johnson and wife Lucille, December 4, 1912. 8.8 x 6. 75 in. (225 x 174 mm). A photograph taken at the wedding of Johnson and his second wife Lucille Cameron at Johnson’s mother’s Chicago home on December 4, 1912. Johnson wears a smart tweed suit and silk bow tie as he lifts a coupe in a toast. Lucille stands by his side grasping his hand in a coordinating suit and an elegant hat. Johnson’s mother, Tina “Tiny” Johnson is included in the photo alongside two unidentified white men.

Johnson pursued relationships with white women at a time when segregation was the law of the land and the status quo of Jim Crow was often tragically enforced by lynch mobs. In fact, there were reports of a fundraiser being organized in Great Falls, Montana to send money to a "negro hunting organization" in Shreveport, Louisiana so that they may pursue and lynch Johnson because of his marriage to Lucille.