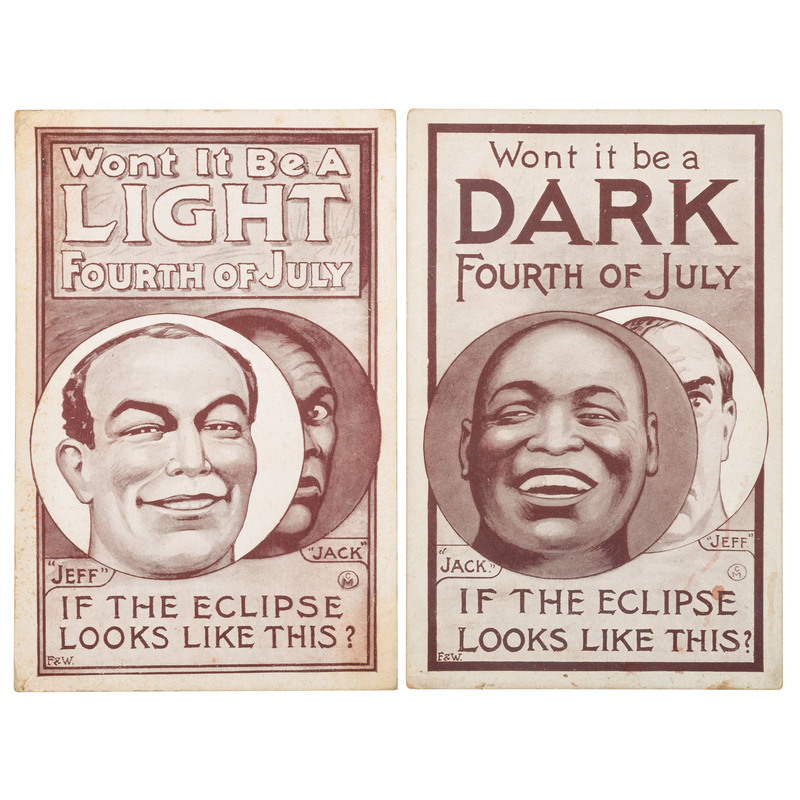 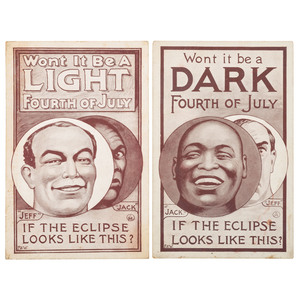 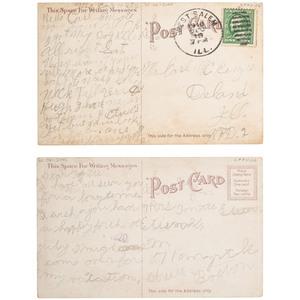 Pair of graphic pre-fight promotional postcards for the 1910 Jack Johnson-Jim Jeffries fight. 3.5 x 5.5 in. (88 x 140 mm). Contrasting cards presenting both fighters and with thinly veiled racism. The pro-Johnson card reads, “Won’t it be a Dark Fourth of July if the Eclipse Looks Like This?” with a smiling Johnson in a dark circle superimposed over a circle with a partially visible Jeffries looking surprised. The Jeffries card is similar but with a smiling Jeffries in a light circle over an angry-looking Johnson, the caption only slightly changed, “Won’t it be a Light Fourth of July…” Both inscribed to the verso, Jeffries card stamped with West Salem, Illinois postmark.