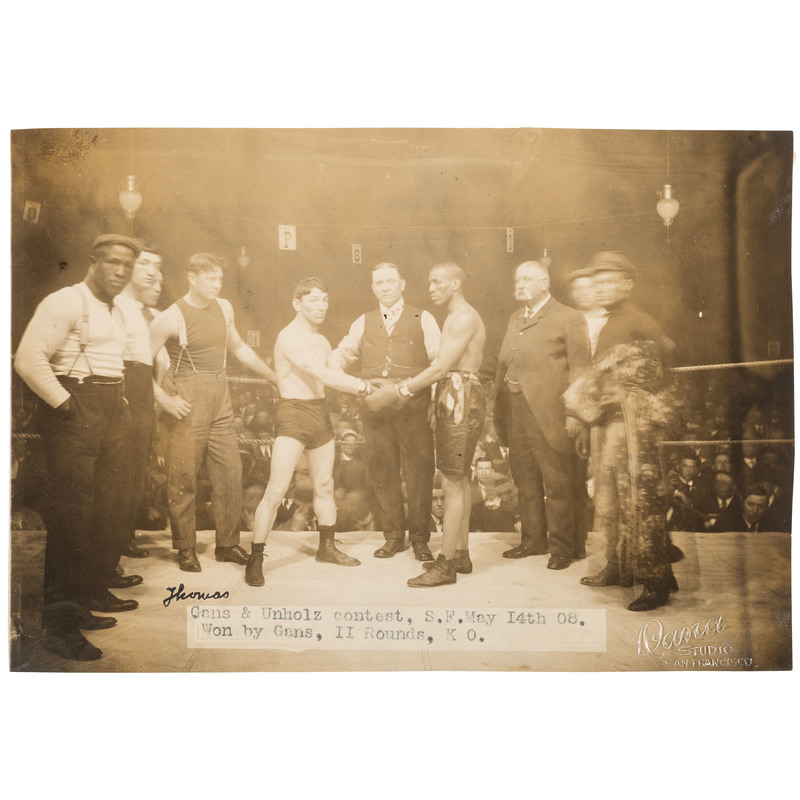 Depicts the boxers Gans and Unholz shaking hands. Unholz looks directly at the camera, while Gans, his face gaunt from his progressing illness rests his gaze on his opponent. Behind them, popular referee Jack Welsh and veteran announcer Billy Jordan. Several other men stand in the ring, including two African Americans, presumably in Gans’s camp, at both left and right. On the left, the man wears suspenders and looks directly at the camera. On the right, somewhat blurry, the man holds what appears to be Gans’s robe.